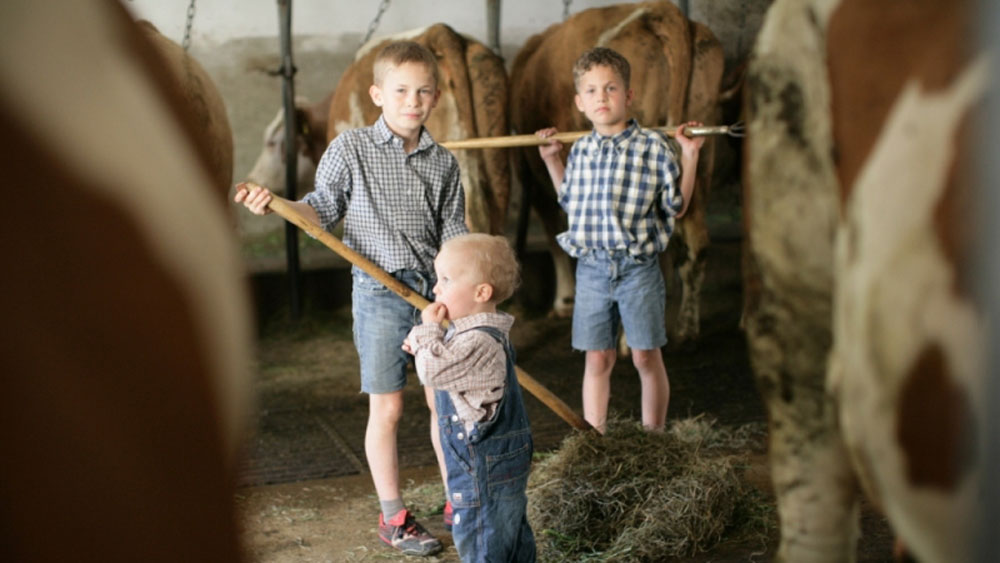 More and more people suffer from allergies and asthma. In the past decades, these diseases have massively increased in industrialized countries. Today, about 30 percent of children have allergies – with the exception of farm children. Among farm children, the disease is increasing less dramatically than in the case of their friends who live in the same village, but not on a farm. Microbes that occur in higher amounts and greater diversity on farms protect farm children from allergies and asthma. An environment that is not highly hygienic has a positive effect on the development of the immune system as it learns not to react to harmless materials as is the case with allergies.

A sialic acid acts as protection

Not only microbes protect against asthma evidently, but also farm animals: Petting cats and cows and drinking farm milk can also prevent asthma, as the team of researchers headed up by Remo Frei of the Swiss Institute of Allergy and Asthma Research from the University of Zurich in cooperation with the Center for Allergy Research and Education (CK-CARE) in Davos and the Children's Hospital of Eastern Switzerland in St. Gallen: "Early childhood contact with animals and the consumption of food of animal origin seems to regulate the inflammatory reactions of the immune system," says immunologist Frei. His study shows that a non-microbial substance, a sialic acid, is responsible for this mechanism. This substance is wide spread in vertebrates – and therefore in many farm animals – but missing in the human organism: N-Glycolylneuraminic acid (Neu5Gc).

Based on a genetic mutation, humans do not produce Neu5Gc. They can absorb sialic acid through contact with animals or by eating food of animal origin and integrate it into their glycoproteins. Contact with Neu5Gc triggers an antibody reaction in humans which can act as a measure for contact with Neu5Gc, that is, with farm animals. The researchers led by Remo Frei have measured the concentrations of Neu5Gc antibodies in the serum samples of children collected within the scope of two epidemiological studies financed by the European Union (PARSIFAL and PASTURE study).

Data comparison of more than a thousand children

As a comparison of the Neu5Gc antibody concentration of over a thousand children and the occurrence of asthma has clearly shown, "Farm children have many more antibodies against Neu5Gc in their blood – and children with more antibodies suffered considerably less from asthma," Frei says. The positive effect of sialic acid Neu5Gc on the respiratory system was confirmed using a mouse-model: The Neu5Gc molecules consumed with food improved the pulmonary function of the mice, therefore reducing asthma symptoms.

From farm effect to allergy prevention

To understand the mechanism of how Neu5Gc affects the human immune system, researchers analyzed various cells of the immune system that play a role during an inflammatory reaction. With an interesting result – both in the children tested and on the animal model: Contact with Neu5Gc did not reduce immunoglobulin E, the antibody that frequently occurs during allergic reactions, but it initiates an anti-inflammatory reaction of the immune system. "This takes place through so-called regulatory T-cells, which have an increased presence," Frei explains. "These T-cells dampen incorrect responses of the immune system and have a strong anti-inflammatory effect. Our research results open up opportunities for transferring the protective effect of farms to all children. In this way, we can possibly lay an important foundation stone for effective allergy prevention."