Institute of Evolutionary and Environmental Studies 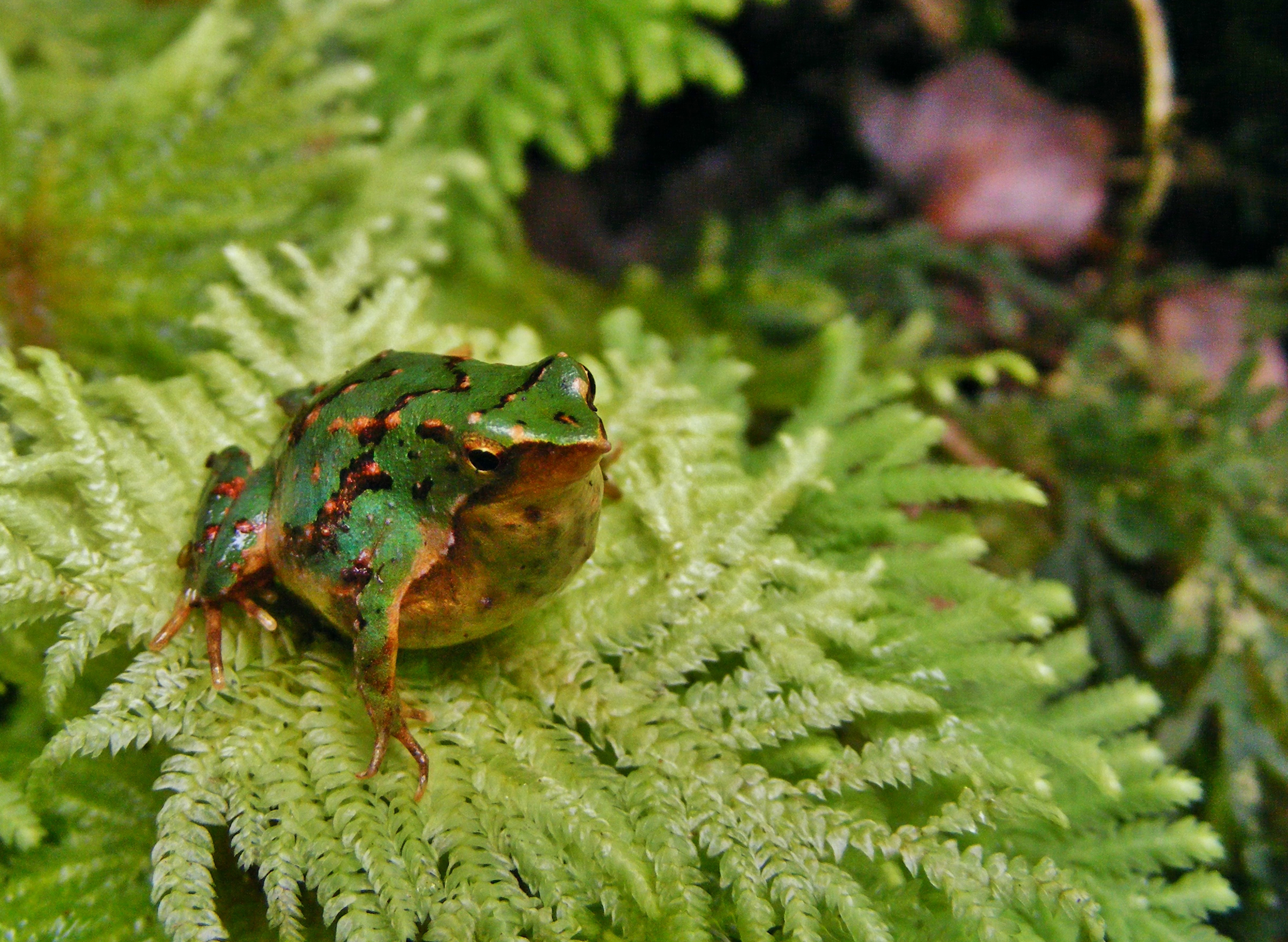 Infected populations are at a serious risk of extinction within 15 years of contracting the disease. (Andrés Valenzuela-Sanchez)

The Darwin’s frog (Rhinoderma darwinii) is the latest amphibian species to face extinction due to the global chytridiomycosis pandemic, according to an international study published today in the journal Proceedings of the Royal Society of London B.

The study has found that Darwin’s frogs are infected with the fungal pathogen Batrachochytrium dendrobatidis (Bd), and despite an absence of obvious mortality researchers have noted population declines, leading them to believe that these infected populations are at a serious risk of extinction within 15 years of contracting the disease.

Populations of this unique species, currently known as highly threatened, were previously considered to have remained relatively stable in the face of the disease that has ravaged many amphibian species worldwide, but the frogs may have been infected over a decade ago, with the impacts only recently observed.

First author, Dr. Andrés Valenzuela from ZSL’s Institute of Zoology and UNAB said: “Put simply, this study shows that once an individual animal becomes infected with Bd, it is almost certain to die. Unusually for an infectious disease even at very low rates of infection, and in the absence of the dramatic die-offs witnessed in other amphibian populations impacted by this disease, infected populations of Darwin’s frogs are destined for extinction.”

Benedikt Schmidt from the University of Zurich, who co-authored the study, added “Whilst this study focuses on the iconic Darwin’s frog, its implications could be equally grave for many other species. We’ve long recognised the dramatic toll chytrid fungus is taking on amphibians globally – but believed the disease’s impact on host populations would quickly become apparent”.

“This ‘cryptic’ nature of infectious disease witnessed amongst Darwin’s frogs in Chile could potentially be causing similar ‘slow-burn’ declines among wildlife species elsewhere – contributing to longer-term population declines and extinctions despite the lack of obvious mass-mortalities”.

Native to the forests of southern Argentina and Chile, Darwin’s frog was named in honour of Charles Darwin, who first discovered these amphibians during the voyages of the HMS Beagle. It is the only land vertebrate where the male becomes pregnant, carrying and brooding tadpoles inside its vocal sac until they metamorphose and are spat out as baby frogs.