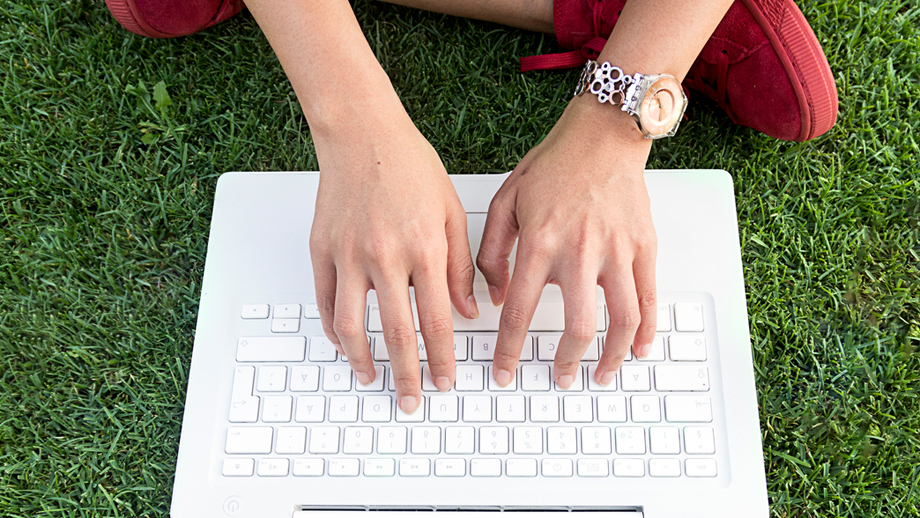 Hände auf Tastatur
90% of the Swiss population use the internet. (©pecaphoto77 / iStock)

Reading the news, posting holiday pictures, or watching cat videos on YouTube – the internet can be used for many things. But how do we rate our online activities? Digital overconsumption and the ensuing feeling of missing out on more important things are more common among young people and people with lower levels of education, but is mostly not seen as a problem. Eight out of 10 users (83%) in Switzerland state that they are good at distinguishing between important and unimportant online activities. Three-quarters (75%) of users believe they are able to target specifically which people and information sources they follow online, while 73% believe they can adjust the settings of internet services and devices so that these will not bother them.

Half of internet users (50%) in Switzerland feel that they are expected to quickly respond to messages in their daily lives. Digital expectations in terms of availability and skills are perceived as higher among young and highly educated people, in particular. With regard to social media usage, young and poorly educated people increasingly feel under pressure. By and large, people rate their own online skills as at least good (78%), with only 4% rating them as poor. Overall, men rate their skills better than women rate theirs. “Digital well-being in Switzerland is strong,” concludes Michael Latzer, professor of media change and innovation at the University of Zurich. The survey, which was carried out for the fourth time and is representative for Switzerland, now also includes questions about the difficulties of everyday internet usage.

Today, 90% of the Swiss population use the internet, with four out of five users (79%) also online on mobile devices. The average usage time has doubled since 2011 and currently stands at 25.5 hours a week. The most time online is spent by young and poorly educated people. The number of non-users has halved over the past six years. However, half of the offliners benefit indirectly from the internet by having somebody else do research or perform tasks online on their behalf. The number of absolute non-users in Switzerland thus amounts to approx. 360,000 (5%).

Internet usage on mobile telephones is growing faster than on computers and tablets. Virtually all young people, but only one in four (27%) in the 70+ age group, go online with their mobile telephones. The age group of 20 to 29-year-olds finds it most difficult to do without their mobile telephones for a short period of time, whereas doing so is easiest for the youngest and oldest age groups. Online usage at home (95%) and at work (72%) have stayed at a high level, and half of those surveyed also use the internet at home for professional reasons. Online social networks are already being used by six out of 10 people (62%), up from four out of 10 (41%) in 2011.

Just over half of internet users generate online content (51%) or share content (56%). “Many people thus actively engage in gatekeeping. They help determine which topics are brought to the attention of the Swiss general public, and how they are discussed,” explains communications researcher Latzer.

86% of Swiss internet users search the web for information about products. Three-quarters of Swiss users (77%) buy online, with travel bookings proving particularly popular (66%). One-third of people in Switzerland (35%) also sell things online themselves. Sharing economy platforms such as Uber and Airbnb are used by 20%, while 5% offer their services on these platforms.

Chatting, internet phone calls, and time-shifted TV on the rise

Internet also the most important source of entertainment

The internet is not only the most important source of media information in Switzerland in 2017, ahead of newspapers and television, but it is also for the first time the number one source of entertainment, alongside television. However, personal offline contacts are still considered much more important in both categories. For the 70+ age group, the internet remains less important than newspapers and radio, both for entertainment and information purposes.

The growing global debate on fake news is reflected in the users’ behavior. In the information category, fact-checking (78%, up 18 percentage points since 2011) and searching for news (86%, up 11 percentage points since 2011) have seen the most significant rise over the past few years. Online dictionaries are used by most people in Switzerland (86%) and search engines by almost everybody (97%).

“The Snowden revelations and the fake news allegations by populists have also had an effect in Switzerland,” states Michael Latzer. “Trust in online content has dropped significantly since 2013 and across all age groups.” Until 2013, three-quarters of the Swiss population rated at least half of online content as trustworthy. This number has dropped to 58% in 2017. People are taking a differentiated view of the trustworthiness of information providers: The Swiss Broadcasting Company SRG, government agencies, and paid newspapers are viewed significantly more favorably than user-generated content and online social networks.

One in 10 experienced data breaches

11% of users in Switzerland have experienced data breaches in the last 12 months. The problems resulting from these breaches were mostly minor, with financial losses (31%) and embarrassment (25%) being the most widespread outcomes. The most common negative online experiences include unwanted pornographic content (41%) and attempts to abuse data such as phishing (37%). Every fifth (19%) user was confronted with computer virus issues, while 6% experienced cyberbullying – the latter predominantly among 14 to 29-year-olds.

“Despite growing awareness for the social risks of internet usage, a majority of the population in Switzerland remain reluctant when it comes to regulating the internet,” explains Michael Latzer. Increased internet regulation is rejected by most people in Switzerland, with support for more regulation more likely to increase the older people are while decreasing the less educated they are.

Half of the population feels they belong to the information society

Half of the Swiss population (54%) feels that they belong to the information society, whereas 13% do not (fully) and one-third (32%) are inconclusive about the question. The feeling of belonging is stronger among men, decreases with age, and increases the more educated and internet-savvy a person is. The Swiss largely reject the notion that internet usage boosts participation in democratic processes. “While internet usage can increase the understanding of politics, which 40% believe to be true, it doesn’t result in people having more of a say or influence over political processes,” explains Latzer. Only between 21% and 29% believe that improvements are being made in this area. One-third of the population take an indifferent view of the influence on democratic processes. The age group in the middle has the strongest belief in the positive effect, whereas the youngest and oldest do so the least. Overall, confidence in digital democratization has increased slightly since 2011, but has remained low.

Internet not a safe place for political statements

For half of the Swiss population, the internet is not a safe place to make political statements. Half of the Swiss (49%) are not (fully) convinced that it is safe to state their opinions about politics on the internet. Two-thirds (63%) are in favor of free criticism of the government on the internet. One-third (34%) of the population support full freedom of expression online, but slightly more people reject extreme expressions of opinion (39%). The age group in the middle take the most liberal stance toward freedom of expression. “In spite of increasing political and religious extremism in the past years, the Swiss population’s attitude toward extreme expressions of opinion has remained the same,” concludes Latzer.

The World Internet Project (WIP) is a comparative longitudinal study that records the penetration and use of the internet in 30 countries in an international comparison and analyzes social, political, and economic implications of the development of the internet.

The Swiss WIP project has been carried out since 2011 by the Media Change & Innovation Division in the Institute of Mass Communication and Media Research (IPMZ) at the University of Zurich under the leadership of Professor Michael Latzer. It is based on a representative telephone survey of 1,120 persons aged 14 or over and was carried out by DemoSCOPE in May/June 2017. The project team members include Moritz Büchi, Noemi Festic, and Natascha Just.

All of the reports by topic are available for download at http://mediachange.ch/research/wip-ch-2017/