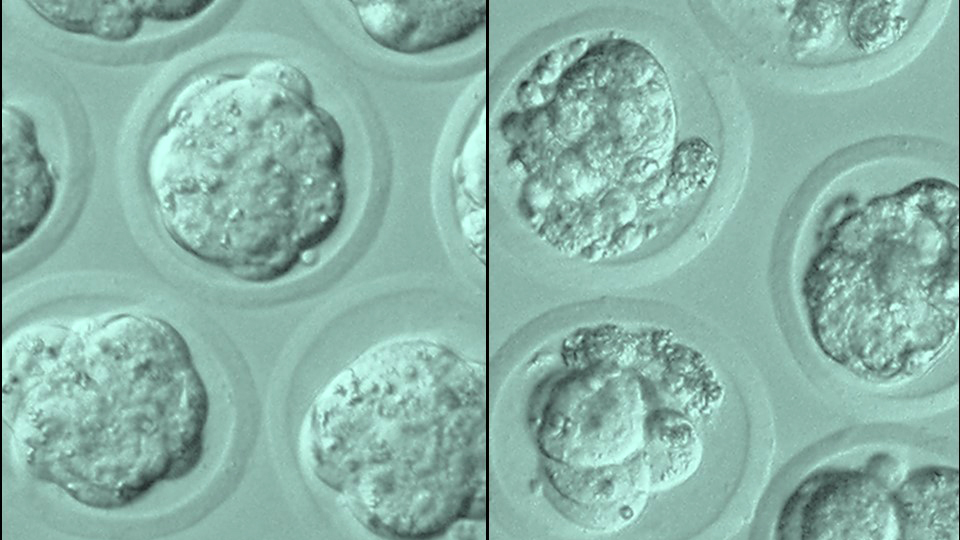 Stem cells are considered biological allrounders because they have the potential to develop into the various body cell types. For the majority of stem cells, however, this designation is too far-reaching. Adult stem cells, for example, can replace cells in their own tissue in case of injury, but a fat stem cell will never generate a nerve or liver cell. Scientists therefore distinguish between multipotent adult stem cells and the actual allrounders – the pluripotent embryonic stem cells.

Differences exist even among the true allrounders, however. Embryonic stem cells that grow in laboratory cell cultures are in a different state than the pluripotent cells found inside the embryos in the first days of development. In a study in the journal Nature Cell Biology, researchers led by Paolo Cinelli of the University Hospital Zurich and Raffaella Santoro of the University of Zurich have now demonstrated the mechanism by which natural allrounders differ from embryonic stem cells in cultures.

At the center of their discovery is a protein called Pramel7 (for "preferentially expressed antigen in melanoma"-like 7) found in the cells of embryonic cell clusters that are just a few days old. This protein guarantees that the genetic material is freed from epigenetic marks consisting of chemical DNA tags in the form of methyl groups. "The more methyl groups are removed, the more open the Book of Life becomes," Cinelli says. Since any cell of the human body can develop from an embryonic stem cell, all genes have to be freely accessible at the beginning. The more a cell develops or differentiates, the stronger its genetic material is methylated and "sealed closed" again. In a bone cell, for example, only those genes are active that the cell requires for its function, the biochemist explains.

Protein is responsible for perfect pluripotency

Despite its short action period of just a few days, Pramel7 seems to play a vital role: When the researchers headed up by Cinelli and Santoro switched off the gene for this protein using genetic tricks, development remained stuck in the embryonic cell cluster stage. In the cultivated stem cells, on the other hand, Pramel7 is rarely found. This circumstance could also explain why the genetic material of these cells contains more methyl groups than that of natural embryonic cells – the perfect allrounders, as Cinelli calls them.

His interest in stem cells lies in the hope of one day being able to help people with complex bone fractures. "Bones are great at regenerating and they are the only tissue that does not build scars," Paolo Cinelli says. The bone stumps must be touching, however, in order to grow together. When a bone breaks in multiple places and even through the skin, for example, in a motorcycle accident, the sections of bone in between are often no longer usable. For such cases, a bone replacement is required. His team is studying carrier materials that they want to populate with the body's own stem cells in the future. "For this reason, we have to know how stem cells work," Cinelli adds.