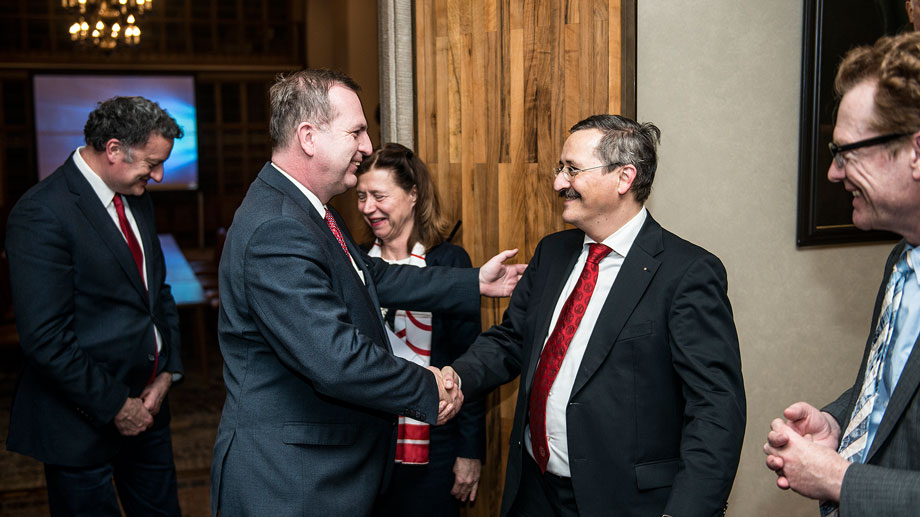 The University of Zurich has agreed a second international partnership with the oldest university in Central Europe. UZH President Michael Hengartner and Tomas Zima, Rector of Charles University, signed the contract in Prague on 19 December 2017. Charles University was founded in 1348 and today has around 50,000 students (UZH: 26,000) and 675 professors (UZH: 661). Only recently, UZH agreed its first international partnership with Freie Universität Berlin.

The idea for this cooperation was inspired by an initiative of the League of European Research Universities (LERU) aimed at increasing cooperation with universities in Central and Eastern Europe. “With this in mind, we decided to enter into a partnership with a Czech university,” explains Michael Hengartner. “Charles University has developed strongly since the Velvet Revolution in 1989 and today ranks among the best universities in Eastern Europe. It is similar to UZH in many regards, which is why it’s an ideal partner for us.”

“I am very pleased that the important Strategic Partnership Agreement with the Swiss University of Zurich was signed today in Charles University premises. Our goal is to establish cooperation with leading world universities and to share know-how to help improve the quality of student education and bring new impetus to science and research,” explains Tomas Zima.

Cooperation in research, teaching, and administration

The partnership enables both universities to enter into dialogue with one another, to learn from one another, and to support each other on a variety of levels. In particular, it fosters research collaboration, the development of innovative teaching methods, the continual development of the institutions, academic career development, and student mobility. Student exchanges between Zurich and Prague have been ongoing for 20 years. And also in research, the two universities have been successfully collaborating for a number of years on joint research projects in medicine as well as in the humanities and natural sciences.