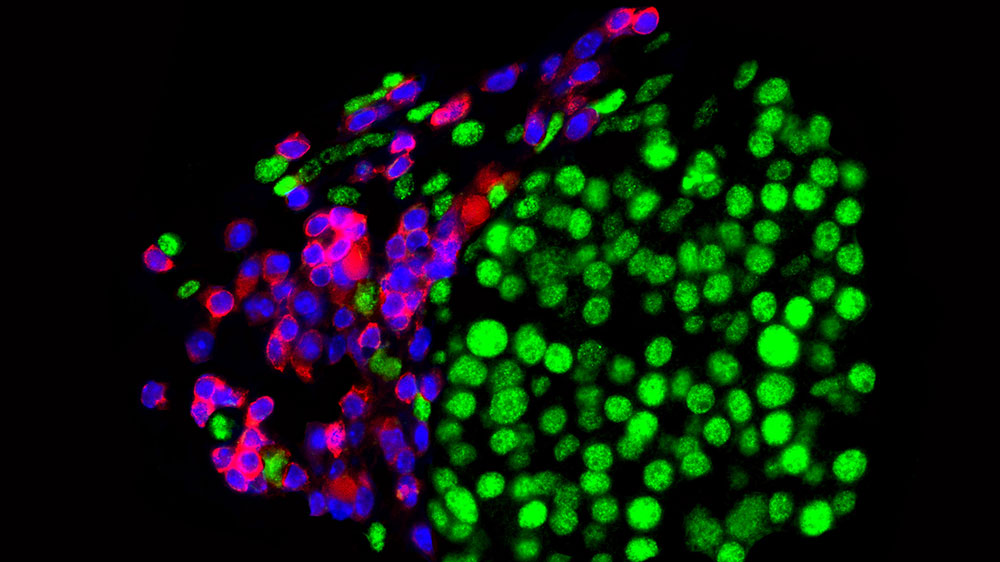 Cancer is the second most common cause of death worldwide. Until recently, the chances of cure for patients suffering from metastatic cancer were low, as with such cancer the surgical removal of distant metastases in various organs or their local treatment using radiotherapy were usually unsucessful. Likewise, the use of chemotherapy is limited by its toxic systemic side effects. Tumor immunotherapy has been used for several years, with patients with certain metastatic cancers showing good responses to this treatment.

These immunotherapies, also called checkpoint inhibitors, allow the body’s own immune system to better detect and destroy the cancer cells. The problem is that with time cancer cells become resistant to the triggered immune responses. Now researchers of the University of Zurich and the University Hospital Zurich have discovered a mechanism that plays a central role in the development of this resistance.

Cancer cells develop resistance by downregulating the features immune cells use to detect cancer cells. These include tumor antigen presentation by means of so-called MHC class I molecules. These molecules present tumor-specific peptides on the surface of cancer cells so that they become visible to the immune cells, more specifically to T cells. In addition, cancer cells produce specific immune molecules and trigger immunosuppressive processes. The interaction of these changes makes the cancer cells virtually invisible to the immune cells, whereby the immunotherapy becomes ineffective. “The underlying mechanisms of these changes have been largely unknown until now,” says Lukas Sommer, professor of anatomy at the University of Zurich.

Improved anti-tumor effect by inhibition of the epigenetic control protein

The team headed up by Onur Boyman, director of the Department of Immunology at the University Hospital Zurich, has now discovered that the epigenetic control protein Ezh2 plays a central role in how cancer cells develop this resistance. Using animal models, the researchers have demonstrated that the tumor mass initially shrinks during treatment of malignant skin cutaneous melanoma with checkpoint inhibitors or immunostimulating interleukin-2 therapy.

Over time, however, the skin cancer cells produced more Ezh2. As a result, the antigen-presenting MHC class I molecules and the antigens specific to skin cutaneous melanoma were suppressed, while simultaneously the activity of immunosuppressive modules that curb immune cells increased. The skin cancer cells became therefore virtually invisible to the immune system and began reproducing in an uncontrolled manner again. “As soon as we blocked the activity of the epigenetic regulator Ezh2 with a pharmacological inhibitor, the efficacy of the immunotherapies improved,” says Onur Boyman. “The tumor masses shrank more significantly and the tumor-free survival was extended.”

In addition to the URPP, the team also received grants from the Helmut Horten Foundation, the Swiss Cancer Foundation, and the Swiss National Science Foundation.