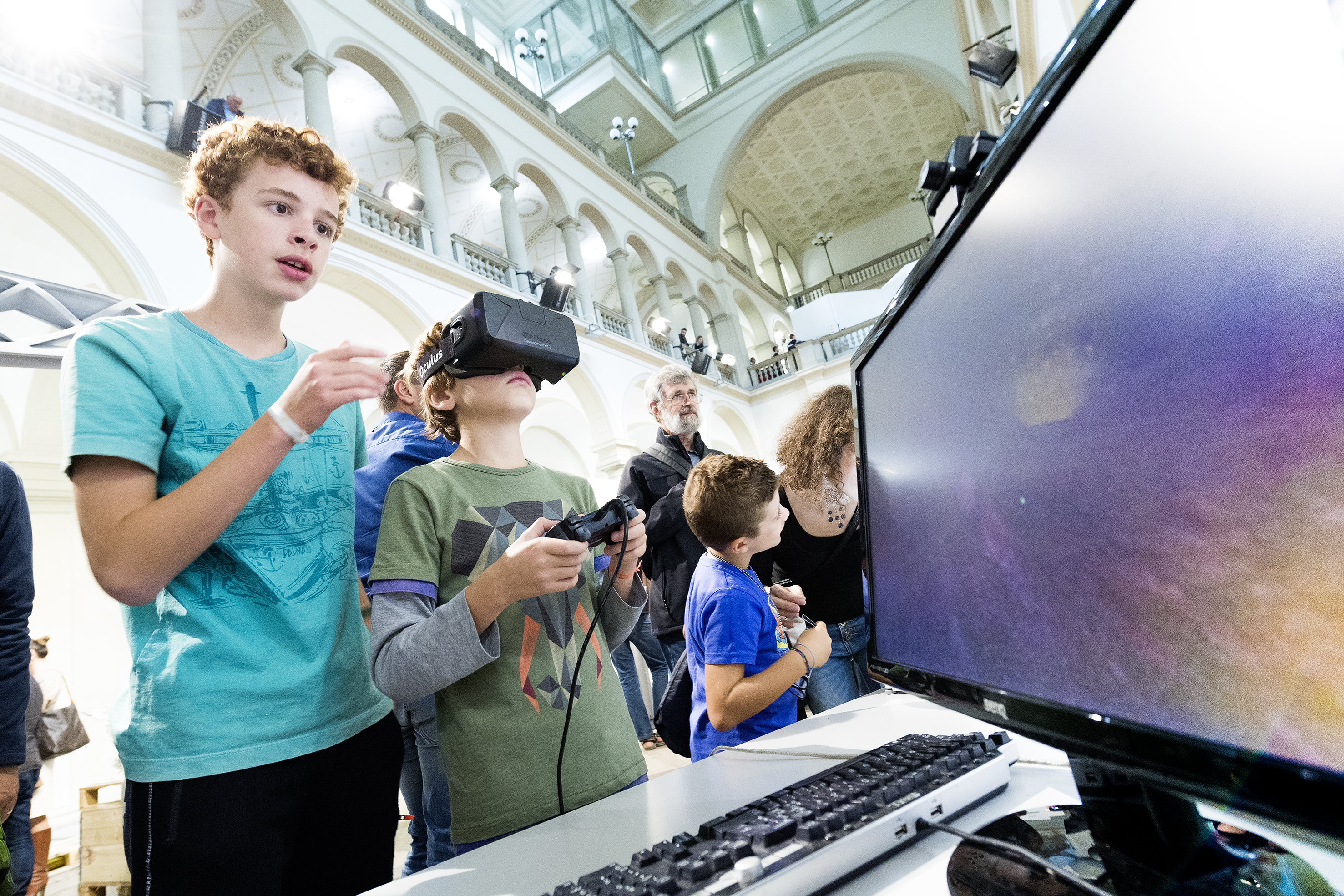 Kids and teens are particularly drawn to the digital exhibitions at Scientifica.

Big data, digitalisation, artificial intelligence, Internet of Things – these terms are on everybody’s lips these days, but what exactly do they mean? At the Zurich Science Days, visitors received first-hand information and were able to tackle researchers from the two universities with their questions. The huge level of interest was evidenced by the record number of visitors: over 30'000 people visited the event site in and around the two main buildings.

The fifth edition of Scientifica provided a more extensive programme than ever before. Over 60 stands were spread throughout the event site and researchers held almost 40 short lectures over the two days. New formats also proved successful: the 14 workshops, during which small groups of visitors delved more deeply into specific topics, were almost fully booked. The science cafés, where experts gave presentations and then discussed topics from artificial intelligence to financial investments and data journalism to gender in medicine with their audience, were filled to capacity. For Michael Hengartner, President of the University of Zurich, this was a positive sign: “We’ve seen that people are very interested in what happens with data and also want the chance to discuss it. Scientifica is an ideal platform for this important dialogue between science and the general public.”

The handling of data and digitalisation has become a key focus for both universities, as reflected in the enormous range of topics at Scientifica. Digitalisation does not only affect areas such as robotics or climate science, but also linguistic and cultural sciences. The ten spin-offs from ETH and the University of Zurich, present for the first time at Scientifica, showed how the new scientific findings can be transformed into hands-on business ideas. ETH President Lino Guzzella is delighted at the thought: “These spin-offs really show the immediate benefit that data science can have for all of us. Who wouldn’t want to play a musical instrument more precisely or have a custom-fit pair of jeans in their wardrobe? This is exactly what we’re doing at Scientifica: showing people the opportunities of digitalisation.”

Thanks to this year’s huge success, ETH and the University of Zurich are planning to carry out their celebration of science again in two years’ time.