Vice-Rector of UNIGE, in charge of digital strategy 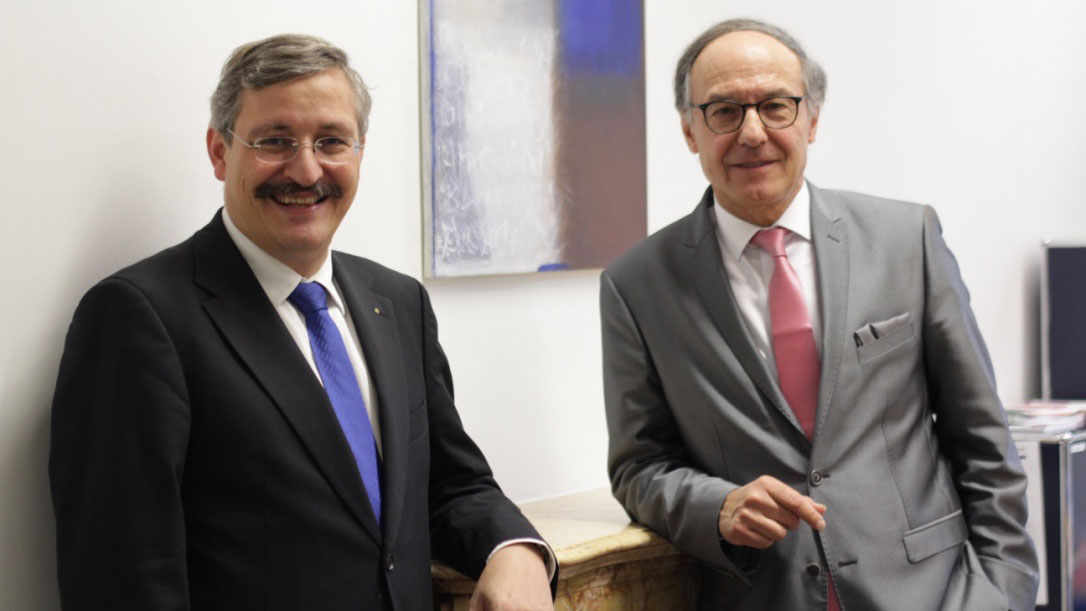 Digitalization is revolutionizing global society. It affects our work and private lives, from data protection to democratic processes. Universities need to adapt their teaching and learning to meet future requirements. The University of Zurich (UZH) and the University of Geneva (UNIGE) have therefore agreed to form a strategic partnership to examine the challenges facing society as a result of digitalization and to develop potential solutions. The aim of the agreement is to step up cooperation in teaching and research, to develop student exchanges between the two universities, and to establish joint projects in the framework of European research programs. Both universities are making 400,000 Swiss francs available in total for start-up funding for future projects.

“As a university we can and want to shape the future of digitalization. Our partnership with the University of Geneva is a great opportunity for us to further develop cooperation in this area within Switzerland and to strengthen our research and teaching together. We see high potential in several areas,” says Michael Hengartner, UZH President.

“Comprehensive universities such as Geneva and Zurich have a duty to accompany societal change with academic and interdisciplinary reflection and to contribute to finding ways to optimize the use of digital tools and to reduce the risks,” explains Yves Flückiger, Rector of the University of Geneva. Digitalization should not simply be regarded as an advancement of technology, but should also be seen in the context of its impact on society, believes Flückiger.

Both universities are already running initiatives relating to digitalization: UZH established the Digital Society Initiative, which provides a broad platform of knowledge about digitalization. The initiative encompasses a variety of different areas such as law, health, democracy, and economics, promotes technical development, and brings together researchers with interests in these fields. It identifies strategic research areas to be developed, elaborates new teaching content around the topic of digitalization, and engages in dialogue with the public about the chances and risks of digitalization. In addition, for several years the area of social networks has been one of the University’s research priorities.

“The University of Geneva is currently carrying out a large survey to find out how we can adapt our digitalization strategy to better meet the internal needs and external expectations,” explains Jacques de Werra, the UNIGE Vice-Rector responsible for the Digital University project. The cities of Geneva and Zurich, for example, provide academics with free access to large volumes of data, which makes them ideal places to develop a research project on intelligent cities. Smart Cities, alongside citizen science, digitalization in medicine, digital democracy, and legal issues in cyberspace, is one of the priorities of the strategic cooperation agreement.

Both universities already offer interested individuals the opportunity to participate in individual research projects. Citizen science refers to the collection of data by the public. Now, the aim is to bring the gathering and processing of raw data to a new level by also involving members of the general public in defining and outlining research projects. Both universities have specialist centers for such projects: The Zurich Citizen Science Center, a partnership between UZH and ETH Zurich, and the Citizen Cyberlab, which was developed by UNIGE, CERN, and UNITAR (United Nations Institute for Training and Research). There are already ideas for a new joint "Digital Society Policy Institute".

The strategic partnership between UZH and UNIGE promotes dialogue between the two cities and regions. Cooperation in teaching will enable a more intensive exchange of information as well as student exchanges, and will enable PhD candidates to receive support from professors at both universities. In research, communication between young researchers, the sharing of academic, scientific, and technical information, and the joint development of research projects in the context of European funding programs will be made easier. Virtual classrooms at both universities are also planned, as well as joint hosting of conferences and seminars on specific digital topics.

Both universities are already the only Swiss universities to be members of LERU, a network of 23 research-intensive universities from 10 different European countries. LERU is a prominent voice in the European higher education landscape, and promotes good conditions for research and teaching at European research universities.