Institute of Veterinary Pharmacology and Toxicology 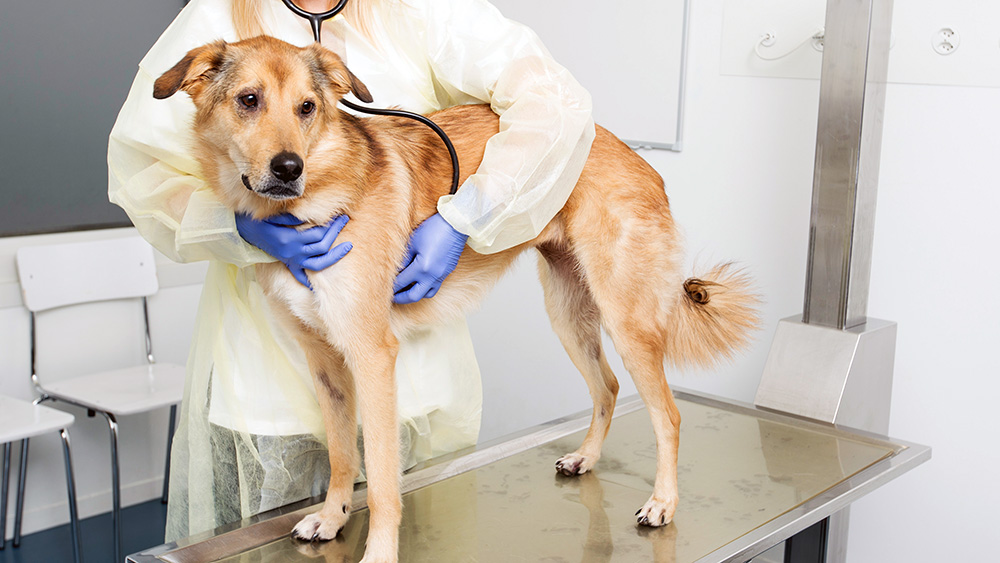 Cancer is one of the most frequent diseases not only in people, but in pets as well. Like people, dogs can also suffer from cancer of the mammary glands (mammary tumors). Dog mammary tumors are very similar to breast carcinoma in humans, and much more so than those of rats or mice, for example. For this reason, research on canine mammary tumors is important for human medicine as well. A study performed at the University of Zurich has now shown how similar mammary tumors are in both people and dogs.

For the development of tumors and the progression of a carcinoma, not only the characteristics of the cancer cells themselves are decisive, but also the cells surrounding the tumor play a major role in this. Many tumors even have the capability to reprogram healthy cells in the tumor environment in a way that they start to support the growth of the cancerous cells. This mechanism plays an essential role in human breast carcinoma – but is it the same for dogs? The similarity of breast carcinoma in dogs and humans has been known for a long time. “But whether these tumor cells also influence the surrounding tissue in dogs the same way they do in humans was unknown until now”, explains Enni Markkanen of the Institute of Pharmacology and Toxicology of the Vetsuisse Faculty of the University of Zurich.

Archived tissues are of great value to the research

The researchers analyzed the surrounding tissue of canine mammary tumors using molecular biology and immunohistological methods. To do this, they could access the tissue archive of the Institute of Veterinary Pathology located at the Animal Hospital. “With the permission of our patient’s owners, we conduct pathological tests to better understand diseases,” says animal pathologist Alexandra Malbon. “In the process, we archive samples of various organs and tissues as these samples can be of great value to answer future research questions.”

In the archived samples of mammary tumors from dog patients, Enni Markkanen and her team were able to prove that some cells in the vicinity of tumors behave the same way as the corresponding cells in humans: In the healthy tissue surrounding the tumor, substances are produced that promote tumor growth. “Simply speaking, the tumor enslaves its environment: It forces the surrounding cells to work for its benefit,” Markkanen adds. This mechanism works the same in both humans and dogs. For research on breast carcinoma, tumor tissue of dogs is therefore, among other reasons, much better suitable than tissue from rats or cells cultivated in the laboratory. “Importantly, however, we don’t view our dog patients as test subjects for cancer research,” Markkanen says. “But they can help us to better understand breast carcinoma in both dogs and humans and fight it more effectively.”