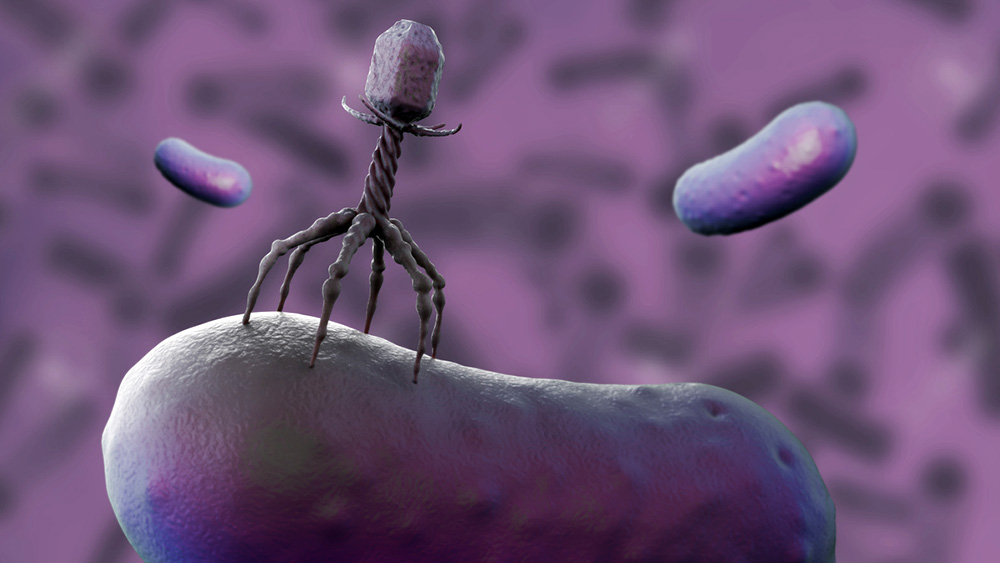 The CRISPR-Cas system is an immune system that is found in many bacteria. It provides protection from viruses and other molecular parasites that can invade the bacterium and take over its genome. In these systems, the immunity is mediated by a complex multi-protein molecular machinery that uses RNA molecules as molecular guides to recognize the invader and target it for destruction. Until now, it has been known that the complex itself has nuclease activity – it can directly degrade the DNA and RNA of the invading viruses. Now, an international research team headed by Martin Jinek of the University of Zurich has found a new mechanism by which the invaders get destroyed.

The targeting machinery of CRISPR-Cas systems is composed of RNA sequences derived from clustered regularly interspaced short palindromic repeats (CRISPR) and CRISPR-associated proteins (Cas). While the CRISPR RNAs recognize the genetic material of the invader, the Cas proteins cleave it like a molecular scissors. In a subset of CRISPR-Cas systems (known as type III), the researchers made a surprising discovery. When the targeting machinery recognizes the invader, it synthesises a “second messenger”: a small, circular RNA molecule. This signaling molecule can diffuse within the bacterial cell and activates another RNA-degrading enzyme called Csm6, which then helps to destroy the RNA of the virus.

“In this way, when the CRISPR-Cas system in the infected bacterial cell becomes overwhelmed”, Martin Jinek explains, “it signals an alarm by means of the second messenger to get help from another defense mechanism to eliminate the virus.” In their study, the researchers were able to identify a unprecedented defense mechanism in bacteria. Moreover, second messenger molecules produced by the CRISPR-Cas system have never been observed in nature before. Furthermore, the newly found bacterial defense mechanism has some unexpected similarities to a well-known antiviral mechanism that operates in the human innate immune system. “So bacteria, in their own way, fight viral infections in a way that is surprisingly similar to what human cells do”, Jinek adds.