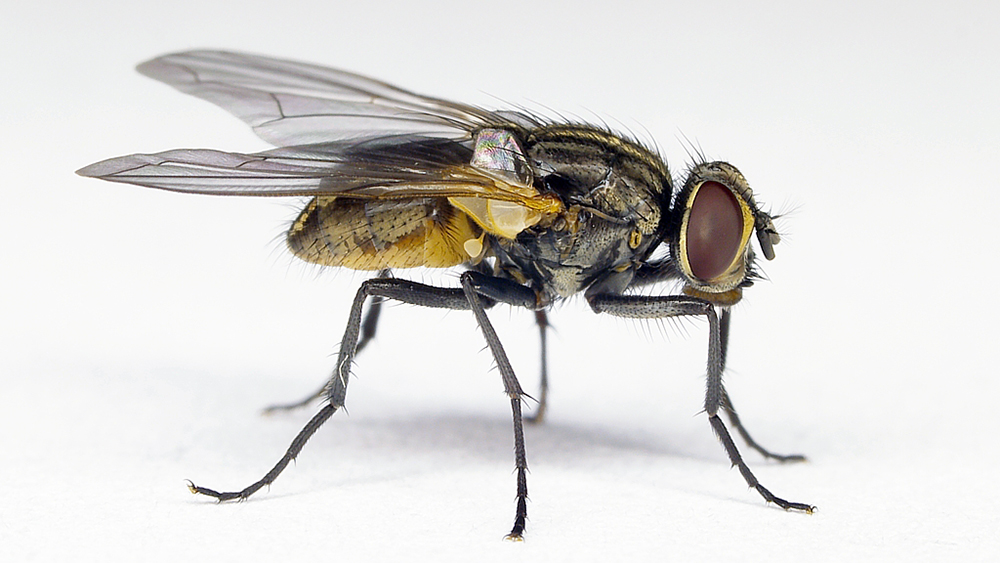 Depending on where the houseflies live, they use different methods for sex determination. (Image: Peter Koomen)

Sex is one of the most essential characteristics of an individual – not only for humans, but also for animals and plants. All organisms that reproduce sexually are usually clearly male or female, whereby the genetic control mechanism responsible for sex determination varies widely from species to species. In humans, women have two X chromosomes in the cell nuclei, while men have an X and a Y chromosome. The Y chromosome carries the SRY gene, which determines the male sex. This gene developed about 150 million years ago during the evolution of the mammals.

Many different sex-determining mechanisms prevail among insects. Flies in particular are well suited for examining the evolution of this variety. The wide-spread housefly (Musca domestica) is very unusual in this regard: Depending on where they live, they use different methods for sex determination. In northern latitudes, females have X chromosomes, while males have an X and a Y chromosome. Here, as well, the Y chromosome carries a gene that determines maleness. In southern latitudes, on the other hand, houseflies do not have a Y chromosome. The male-determining gene lies on one of the other five chromosomes.

The gene responsible for determining maleness in houseflies has been unknown until now. Together with colleagues from Groningen (the Netherlands) and Göttingen (Germany), the group of researchers led by Daniel Bopp of the Institute of Molecular Life Sciences of the University of Zurich has succeeded in identifying this gene. With genetic tricks, the scientists created offspring of the same sex and could then search for genes that were already active early in the development of males.

If the male-determining gene is temporarily switched off, males become “pregnant”

According to developmental biologist Bopp, one gene stood out during these analyses: “When this gene temporarily loses its function during early development, ‘pregnant’ males filled with mature eggs result.” In case of a total functional loss of the gene, the male even completely turns into a female that is capable of sexual reproduction. The newly discovered gene is called “Mdmd” (Musca domestica male determiner). It is relatively large and very similar to a known gene, CWC22. Researchers assume that Mdmd arose from a duplication of the CWC22 gene.

In the case of houseflies from southern latitudes, the gene that determines maleness lies on a so-called proto-sex chromosome. This chromosome has apparently assumed a prime role in sex determination only recently from an evolutionary viewpoint. “With our work, we were able to demonstrate that new sex chromosomes arise when existing genes like Mdmd move from the Y chromosome to another chromosome,” Daniel Bopp says. After the change of location, the Y chromosome is lost and the new sex chromosome with the Mdmd gene assumes the function of determining the male sex.

Before the beginning of this research, no gene for maleness was known in insects until now. In the meantime, corresponding genes have been found in two mosquito species. The Mdmd gene of the housefly, however, has no similarity with the two mosquito genes. This proves how varied sex determination can be in different species and how fast the genetic program responsible for the development of males and females changes within the course of evolution.

The latest discoveries of the basic genetic principles for sex determination are valuable not just for evolutionary biology. This knowledge is also very useful for developing new, sustainable strategies for pest control. When specially bred, sterile insect males are released, they compete with the wild males for the females. After the repeated release of several million males, the natural population in the affected region collapses. The technology has already been used successfully against fruit pests in agriculture. In the future, they will also be able to be used in the control of disease carriers, like mosquitoes or houseflies. Daniel Bopp emphasizes, “Fundamental research with houseflies can therefore be of great benefit for society.”