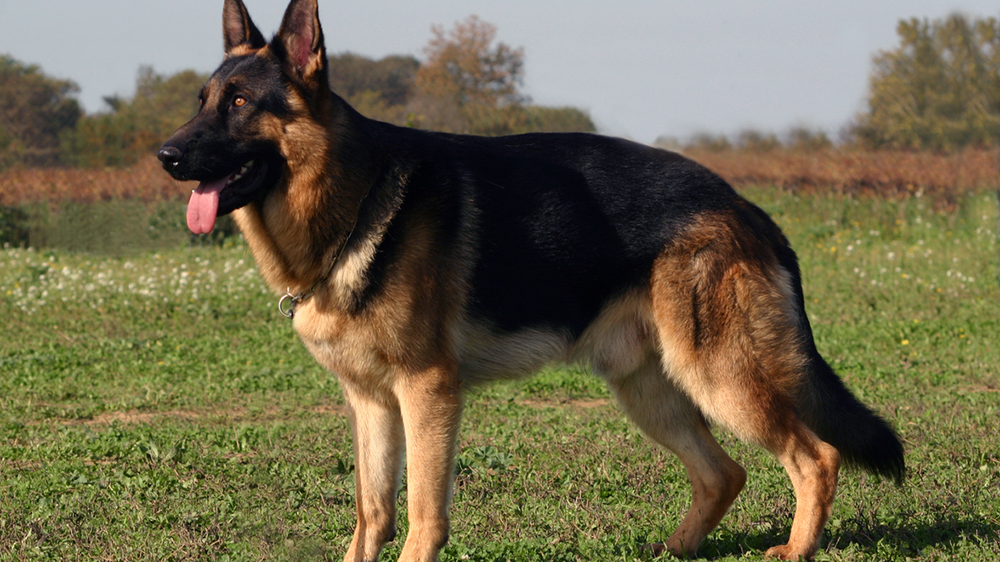 UZH researchers demonstrate on German shepherds that a treatment with the body’s own stem cells are well tolerated. (Picture: ©cynoclub/iStock)

It is the “shock absorber” between the vertebrae of the spine, cushioning every step, bend and jump: the intervertebral disc. If the fibrocartilage tissue in the spine degenerates over time, an intervertebral disc can “slip” – pinching the medulla or nerves. The consequences include intense pain or even paralysis. Not only people, but also dogs are often susceptible to this disease. Since intervertebral discs themselves cannot regenerate, the affected disc material is removed in an operation that can be performed on both people and animals. The pressure on the nerves and medulla disappears, but the degeneration of the disc remains.

Great hope has thus been placed on stem cell therapy as practiced by Frank Steffen, neurologist at the Clinic for Small Animal Surgery at the Vetsuisse Faculty of the University of Zurich. Stem cells are multipotent cells that can be differentiated into various cell types. Steffen hopes that the stem cells will possibly form new disc cartilage once injected into a damaged disc. His study on three sick German shepherds demonstrate that a treatment with the body’s own stem cells are well tolerated – an important first step.

Research on intervertebral disc regeneration is frequently performed using animal testing. At the Clinic for Small Animal Surgery in Zurich, researchers have taken another path: “Since we treat numerous dogs who spontaneously sustain a slipped disc every year, we have been able to gain important knowledge directly from animals that are actually afflicted with this disease,” Frank Steffen explains. “Due to the similarity in pathology and the course of the illness, conclusions can presumably be drawn for the treatment of affected persons as well.” The project for the development of stem cell therapy in dogs is being conducted in cooperation with Swiss Paraplegic Research (SPR) in Nottwil, Switzerland.

The study on the sick German shepherds was organized as follows: With the permission of the dog owners, neurologist Frank Steffen and his team removed stem cells from the marrow of the pelvic bone of the affected animals. After the cleaning and preparation of the cell material in the laboratory, the stem cells were injected into the degenerated intervertebral disc during a disc operation that had become necessary for the animal in question. “Our objective is for the stem cells to trigger cellular and molecular repair processes and, ideally, to form new intervertebral disc cells in order to contribute to the regeneration of the tissue,” Steffen says.

The results are pleasing: The three dogs well tolerated the injections of their own stem cells and the researchers have determined no negative effects. However, later X-rays and magnetic resonance tomographies did not show clear indications that the damaged discs have already regenerated in comparison with the control group.

Not yet – of that, Steffen is confident. “Proving the tolerability of the therapy was our first important step.” Now he is working on the effectiveness of the stem cell injections, for example, with the targeted addition of growth factors. “If our method proves successful one day, it would be a pioneering step – for human medicine as well,” the neurologist says.