Department of Gastroenterology and Hepatology 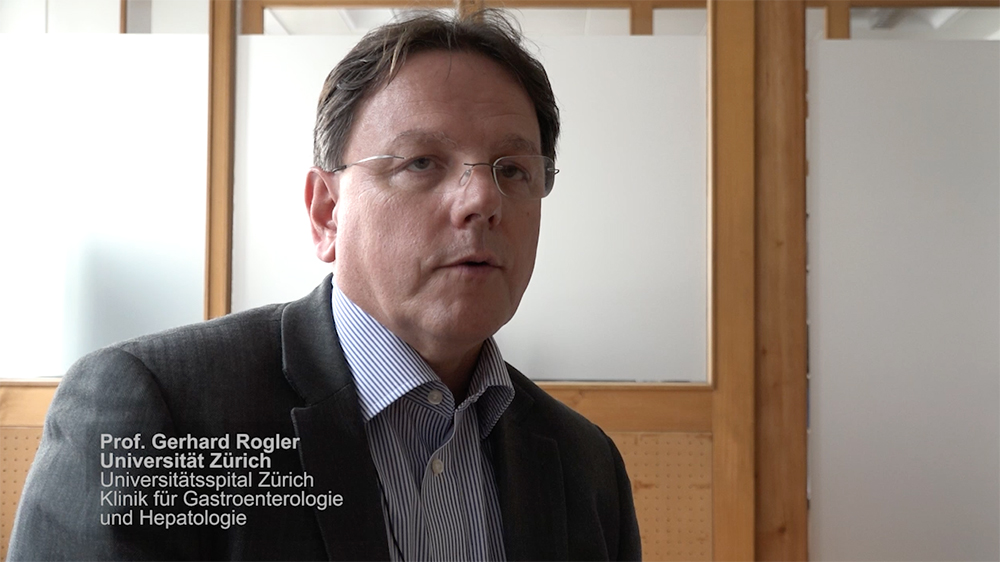 The frequency of inflammatory bowel disease like Crohn's disease and ulcerative colitis has been on the rise in many Western countries for decades. The illnesses are caused by an excessive autoimmune reaction against the intestinal flora. In addition to genetic factors, environmental factors like the Western lifestyle, especially nutrition, play an essential role in the development of these chronic intestinal diseases.

Use of titanium dioxide nanoparticles in food is increasing

The research of Gerhard Rogler, professor of gastroenterology and hepatology at the University of Zurich, now shows that titanium dioxide nanoparticles can intensify the inflammatory reaction in the bodies of patients with inflammatory intestinal diseases. Titanium dioxide is a white pigment used in medicines, cosmetics and toothpaste and increasingly as food additive E171, for example, in icing, chewing gum or marshmallows. Until now, there have been no restrictions on its use in the food industry.

The scientists led by Gerhard Rogler concentrated their research on a protein complex inside cells: the NLRP3 inflammasome. This protein complex is part of the non-specific immune system, which detects danger signals and then triggers inflammation. If the inflammasome is activated by bacterial components, for example, and the inflammatory reaction plays a vital role in the defense against infective agents. In the same way, NLRP3 can be activated by small inorganic particles – sometimes with negative consequences: If uric acid crystals form in the cells, for example the inflammation leads to gout.

The research team first studied the effect of inorganic titanium dioxide particles in cell cultures. They were able to show that titanium dioxide can penetrate human intestinal epithelial cells and macrophages and accumulate there. The nanoparticles were detected as danger signals by inflammasomes, which triggered the production of inflammatory messengers. In addition, patients with ulcerative colitis, whose intestinal barrier is disrupted, have an increased concentration of titanium dioxide in their blood. "This shows that these particles can be absorbed from food under certain disease conditions," Rogler says.

In a further step, the scientists orally administered titanium dioxide nanoparticles to mice, which serve as a disease model for inflammatory bowel disease. Here, as well, the particles activated the NLRP3 complex, which led to strong intestinal inflammation and greater damage to the intestinal mucosa in the mice. In addition, titanium dioxide crystals accumulated in the animals' spleens.

Whether these findings will be confirmed in humans must now be determined in further studies. "Based on our results," Rogler concludes, "patients with an intestinal barrier dysfunction as found in colitis should abstain from foods containing titanium dioxide."