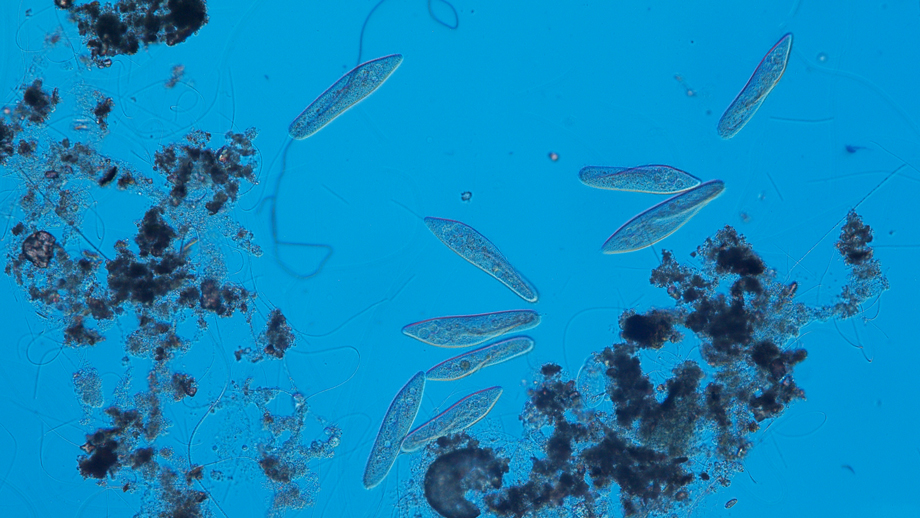 As model organisms six species of ciliates were used – tiny protozoans that live in water. (UZH)

Ecosystems have a variety of benefits: They provide us with food, water and other resources, as well as recreational space. It is therefore even more important that these systems remain functional and stable – especially in view of climate change or environmental pollution. Ecologists at the University of Zurich and the Swiss Federal Institute of Aquatic Science and Technology (Eawag) have now examined the factors that influence this stability in a unique and comprehensive experiment.

The scientists specifically researched how biodiversity affects the stability of ecosystems. As model organisms, they used six species of ciliates – tiny protozoans that live in water. The researchers put varying numbers and combinations of these ciliates in sample vials, thereby creating miniature ecosystems that they then let thrive at temperatures between 15 and 25 degrees Celsius. The increased temperatures simulated a climatic change, as the ciliates used in the experiment previously lived at a temperature of 15 degrees Celsius.

The researchers then used novel video evaluation techniques to analyze how stable the biomass production in these small ecosystems was. An algorithm developed by the team made it possible to identify the ciliate species in about 20,000 video sequences of the numerous samples recorded under a microscope.

At first glance, the results of the experiment seem contradictory: High biodiversity simultaneously furthers and hinders the stability of an ecosystem. “Ecological stability is complex and consists of various components,” says Frank Pennekamp, first author of the study. “The experiment shows how biodiversity affects the individual stability components in different ways.” In other words, the more diverse the species community in the miniature ecosystems was, the less the biomass production fluctuated – regardless of temperature. At higher temperatures, however, the researchers found that protozoans produced less biomass the more species were bustling about the system.

“The fact that various components react differently should be taken into consideration in the management of ecosystems, as non-linear connections may occur between diversity and the overall stability of the ecosystem depending on the weighting of the components,” says Pennekamp.

Similar effects observed in other ecosystems

Literature research showed that other scientists also observe the contrary connection between biodiversity and stability in other ecosystems, such as grassland or algae communities. “The results make it clear that more species alone is not enough to ensure the overall stability of an ecosystem,” says Florian Altermatt, professor of aquatic ecology at Eawag. “In addition to a diversity of species, the species themselves must be able to react to environmental changes in a variety of ways.”

This research project was supported by the Global Change and Biodiversity University Research Priority Program of the University of Zurich.