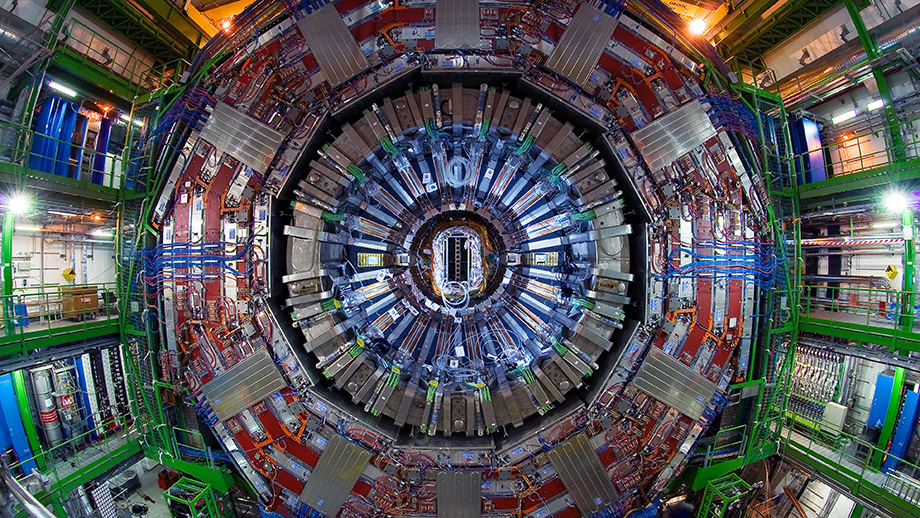 On 4 July 2012, two of the experiments at the CERN’s Large Hadron Collider (LHC), ATLAS (A Toroidal LHC ApparatuS) and CMS (Compact Muon Solenoid), reported independently the discovery of the Higgs boson. The discovery confirmed the existence of the last missing elementary particle of the Standard Model, half a century after the Higgs boson was predicted theoretically. At the same time the discovery marked also the beginning of an experimental programme aimed to determine the properties of the newly discovered particle. Now, the CMS collaboration achieved an important milestone in that programme.

In the Standard Model, the Higgs boson can couple to the particles of matter called fermions, with a coupling strength proportional to the fermion mass. While associated decay processes have been observed, the decay into top quarks, the heaviest known fermions, is kinematically impossible. Therefore, alternative routes for directly probing the coupling of the Higgs boson to the top quark are needed. One is through the production of a Higgs boson and a top quark-antiquark pair. This is the production mechanism that has now been observed for the first time, and in doing so, the CMS collaboration accomplished one of the primary objectives of the Higgs physics programme.

The extraction of these events from the LHC data is challenging as there are many mundane type of events that can mimic them. Identifying these events requires measurements from all CMS subdetectors, which makes the reconstruction quite complex. The team of Prof. Florencia Canelli of the Department of Physics at the University of Zurich developed, in collaboration with the CMS group of the ETH, sophisticated techniques that allowed CMS to increase the sensitivity to these events. As consequence, this milestone has been passed considerably earlier than expected. «The development of these techniques also open the possibility of increasing the sensitivity in many other areas of research at the LHC», says Canelli, who is also co-leading the physics group that studies top quarks.

Search for physics beyond the Standard Model

The present achievement is a case in point. With the observation of the coupling between the two heaviest elementary particles of the Standard Model, the LHC physics programme to characterize and more fully understand the Higgs boson has taken an important step. While the strength of the measured coupling is consistent with the Standard Model expectation, the precision of the measurement still leaves room for contributions from new physics. «In the coming years, much more data will be collected and the precision will be improved, in order to see if the Higgs boson reveals the presence of physics beyond the Standard Model», adds Florencia Canelli.