(jpg, 728 kB) Schematic of a higher-order topological insulator in the shape of a nanowire, with conducting channels on its edges. (Image: UZH) 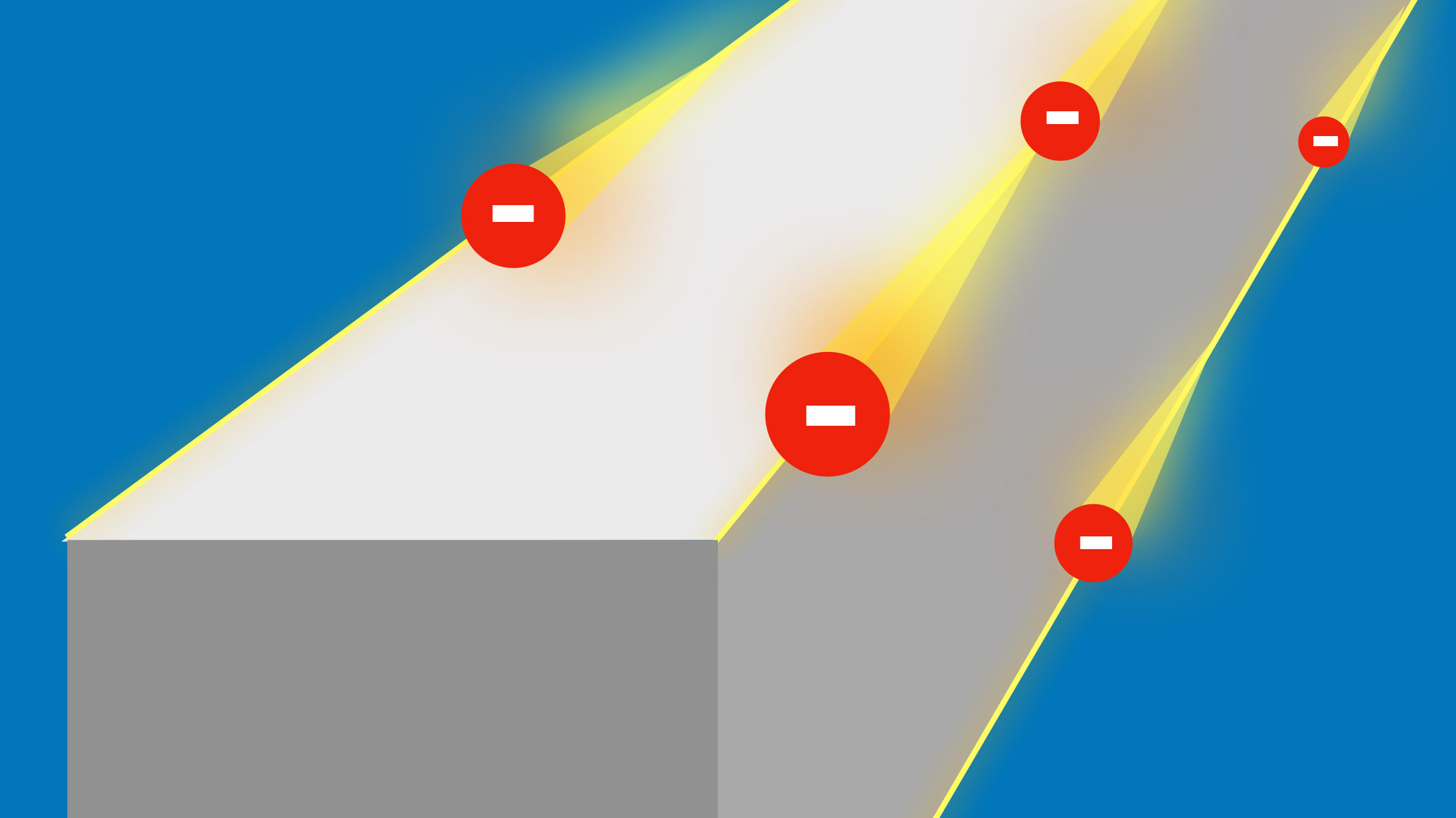 Schematic of a higher-order topological insulator in the shape of a nanowire, with conducting channels on its edges. (Image: UZH)

Topology examines the properties of objects and solids that are protected against perturbations and deformations. Materials known so far include topological insulators, which are crystals that insulate on the inside but conduct electrical current on their surface. The conducting surfaces are topologically protected, which means that they cannot easily be brought into an insulating state.

Theoretical physicists at the University of Zurich have now predicted a new class of topological insulators that have conducting properties on the edges of crystals rather than on their surface. The research team, made up of scientists from UZH, Princeton University, the Donostia International Physics Center and the Max Planck Institute of Microstructure Physics in Halle, dubbed the new material class “higher-order topological insulators”. The extraordinary robustness of the conducting edges makes them particularly interesting: The current of topological electrons cannot be stopped by disorder or impurities. If an imperfection gets in the way of the current, it simply flows around the impurity.

In addition, the crystal edges do not have to be specially prepared to conduct electrical current. If the crystal breaks, the new edges automatically also conduct current. “The most exciting aspect is that electricity can at least in theory be conducted without any dissipation,” says Titus Neupert, professor at the Department of Physics at UZH. “You could think of the crystal edges as a kind of highway for electrons. They can’t simply make a U-turn.” This property of dissipationless conductance, otherwise known from superconductors at low temperatures, is not shared with the previously known topological insulator crystals that have conducting surfaces, but is specific to the higher-order topological crystals.

The physicists’ study still mostly relies on theoretical aspects. They have proposed tin telluride as the first compound to show these novel properties. “More material candidates have to be identified and probed in experiments,” says Neupert. The researchers hope that in the future nanowires made of higher-order topological insulators may be used as conducting paths in electric circuits. They could be combined with magnetic and superconducting materials and used for building quantum computers.

Addition, 30 July 2018: In an additional article, published in Nature Physics, the authors from UZH collaborate with experimental physicists from Paris and Princeton to demonstrate that the theory regarding a new class of material already presented in the first paper actually exists in nature. The team succeeded in realizing the edge states of a higher-order topological insulator in crystals of elementary bismuth.