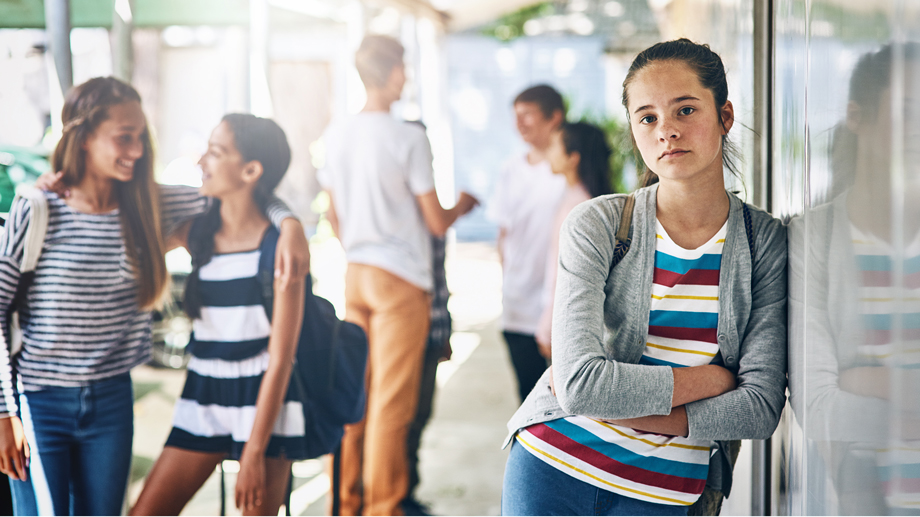 Social exclusion is not always an instrument to discipline others, but rather an unintended side effect. (Image: istock.com/PeopleImages)

Ostracism or social exclusion within a group serves to discipline disagreeable, awkward, or freeloading members and thus promote cooperation – at least this was the assumption of previous research in this field. However, ostracism also develops in situations in which there is no need to discipline the behaviors of others, and the victims often seem to have been selected randomly. When asked, the ostracizers are oblivious of their acts, stressing that they had no intention of leaving a person out.

Therefore, two researchers from the Department of Economics at the University of Zurich, Björn Lindström and Philippe Tobler, reasoned that ostracism may develop more incidentally than previously assumed. They studied how ostracism develops within groups, how it evolves over time and how it can be reduced.

By running a series of experiments, the researchers were able to confirm that social exclusion was not so much an instrument to discipline others, but rather an unintended side effect. This side effect arises when people choose to join up with individuals they have previously had good experiences with as a result of simple learning mechanisms. In other words, if the first random grouping in a social situation works out well, people have a tendency to repeat it. This means, however, that others are excluded from the interaction and thereby incidentally ostracized.

“The tendency to repeat what previously worked out well is a basic aspect of human psychology, which means that we stick to satisfactory groupings,” says Björn Lindström. He gives two examples of the mechanism at work: “Cliques, e.g. of classmates, that exist at the beginning of the school year are usually still the same at the end of the year. Or, at work, it sometimes takes years for us to realize that the person a few offices further down the hall is actually a great guy. He simply wasn’t part of one our first few interactions and then fell off our radar”.

Ostracism can be prevented

In a further experiment, the two researchers showed that the same mechanisms that lead to ostracism can also be harnessed to reduce it – a finding that is of particular importance for teachers and other people involved in group organization and group dynamics. “Teachers may be able to reduce ostracism in their classes by making sure that children experience one-to-one pairings with specific classmates early on, so as to learn about others through interacting with them,” says Philippe Tobler. For adults who are slightly apprehensive about their next networking event, it might help to understand the importance of an initial positive interaction. “It could be worth making the first move and breaking the ice,” says Tobler. “Then the rest of the event will probably go much more smoothly.”