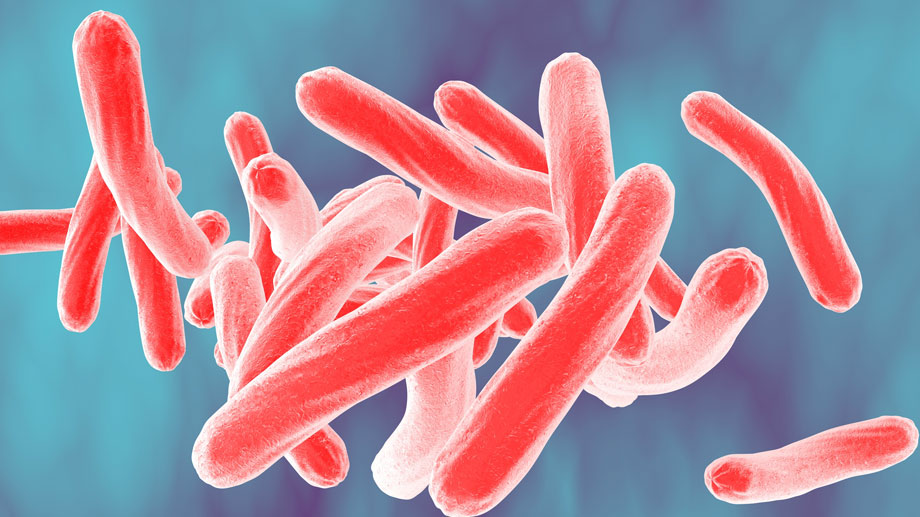 Researchers from the UZH discovered a multidrug-resistant Mycobacterium tuberculosis in eight refugees. (istock.com)

Resistant tuberculosis pathogens are a regular part of the day-to-day business at the Swiss National Center for Mycobacteria (NZM) at the University of Zurich. And yet, the Mycobacterium tuberculosis found in a Somali asylum seeker in the refugee center in Chiasso in February 2016 was extraordinary: “These bacteria exhibited a new combination of resistance mutations against four different antibiotics that had never before been described,” says Peter Keller, Head of Diagnostics at NZM, who identified the germ. The multidrug resistance makes it necessary for people carrying these bacteria to be isolated and undergo intravenous drug treatment at a hospital for several months.

In the months following the discovery, the same resistant germ was also observed in further patients, all of whom had migrated to Europe from countries on the Horn of Africa. In total, the NZM identified the pathogen in eight refugees from Somalia, Eritrea, and Djibouti between February and November 2016. Thanks to the rapid detection and the isolation measures, no further people were infected in Switzerland.

This unusual build-up prompted the management of NZM and of the Federal Office of Public Health (FOPH) to alert their colleagues across Europe. At the same time, the German reference laboratory in Borstel near Hamburg also registered a case with the same pathogen. The NZM then made their molecular-biological data available to the European Center for Disease Prevention and Control (ECDC) to enable their team to identify further possible cases in the EU. In the course of these analyses, the European tuberculosis reference laboratories identified a total of 21 cases in a cross-border collaboration. As with the cases in Switzerland, these patients had also come from the Horn of Africa or Sudan.

Thanks to the alert, the pathogen was prevented from spreading further, and the authorities also took preventive measures: “The extraordinary case led to the development of a European alerting organization for dangerous tuberculosis pathogens,” says Peter Keller, who initiated the European analyses. He is the corresponding author of the wide-reaching study, in which multiple European centers are involved and which was published in the prestigious journal Lancet Infectious Diseases.

Molecular-genetic analyses and interviews with patients made it possible for the researchers to partially reconstruct the chain of infection. The data indicates that the tuberculosis pathogen spread among migrants in a refugee camp near Bani Walid in Libya. The overcrowded camp, some 180 kilometers southeast of Tripoli, is notorious for its poor hygiene and inhumane conditions. Several of the patients diagnosed with this particular resistant Mycobacterium tuberculosis had come through this camp on their way to Europe.

It is no longer possible to identify with any degree of certainty the first carrier or who introduced the bacteria to the camp. Scientists believe that the pathogen originated in northern Somalia, where it is likely to have developed the dangerous new combination of resistances as a result of mutations. Genetic analyses have allowed researchers to develop a rapid PCR test. The test can be used in suspected cases of this Mycobacterium tuberculosis and the results are obtained in a matter of hours.