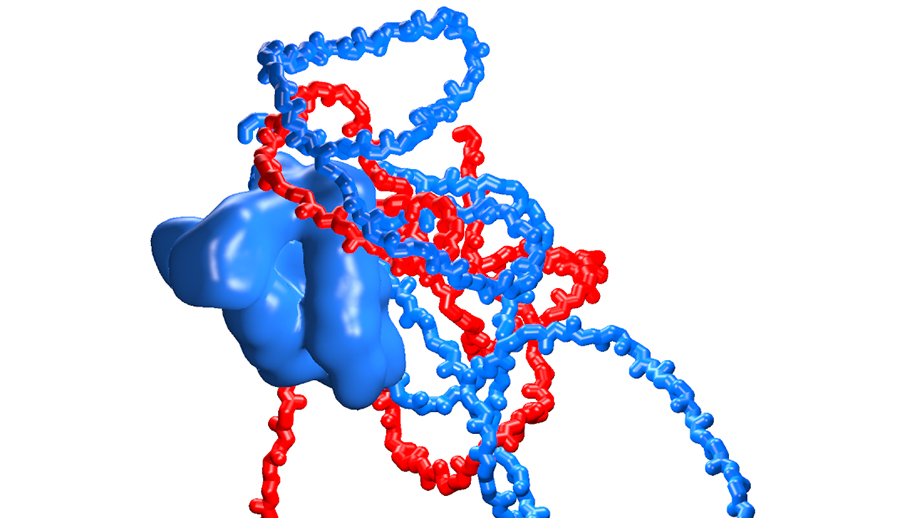 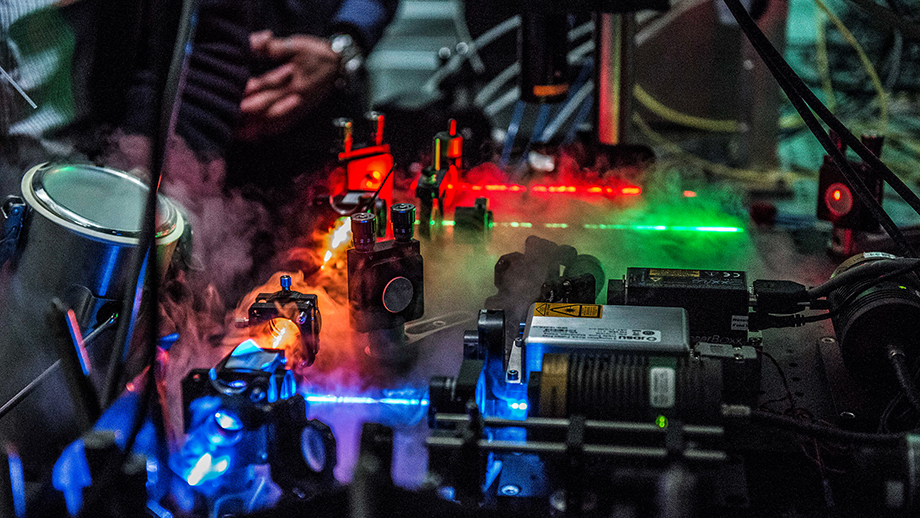 Proteins are among the most important biomolecules and are the key mediators of molecular communication between and within cells. For two proteins to be able to bind, specific regions of their three-dimensional structure have to exactly match one another – like a key that fits into a lock. The structure of proteins is extremely important for their functioning and for triggering the required response in cells. Now researchers at the University of Zurich, together with colleagues from Denmark and the US, have discovered that unstructured proteins can also have ultra-high-affinity interactions.

One of these proteins is histone H1, which as a component of chromatin is responsible for DNA packaging. Its binding partner, prothymosin α, acts as a kind of shuttle that deposits and removes the histone from the DNA. This process determines whether or not genes in specific parts of the DNA can be read. Both proteins are involved in several regulatory processes in the body, such as cell division and proliferation, and therefore also play a role when it comes to a number of diseases, e.g. cancer. Ben Schuler, professor at the Department of Biochemistry at UZH and head of the research project published in Nature, explains: “The interesting thing about these proteins is that they’re completely unstructured – like boiled noodles in water.” How such disordered proteins should be able to interact according to the key/lock principle had puzzled the team of researchers.

Ultra-high-affinity despite lack of structure

What is remarkable is that the two proteins bind to one another much more strongly than the average protein partners. The research team used single-molecule fluorescence and nuclear magnetic resonance spectroscopy to determine the arrangement of the proteins. Observed in isolation, they show extended unstructured protein chains. The chains become more compact as soon as both binding partners come together and form a complex. The strong interaction is caused by the strong electrostatic attraction, since histone H1 is highly positively charged while prothymosin α is highly negatively charged. Even more surprising was the discovery that the protein complex was also fully unstructured, as several analyses confirmed.

To investigate the shape of the protein complex, the researchers labeled both proteins with fluorescent probes, which they then added to selected sites on the proteins. Together with computer simulations, this molecular map yielded the following results: Histone 1 interacts with prothymosin α preferably in its central region, which is the region with the highest charge density. Moreover, it emerged that the complex is highly dynamic: The proteins’ position in the complex changes extremely quickly – in a matter of approx. 100 nanoseconds.

The interaction behavior discovered by the UZH researchers is likely to be fairly common. Living beings have many proteins that contain highly charged sequences and may be able to form such protein complexes. There are hundreds of such proteins in the human body alone. “It’s likely that the interaction between disordered highly charged proteins is a basic mechanism for how cells function and organize themselves,” concludes Ben Schuler. According to the biophysicist, textbooks will need to be revised to account for this new way of binding. The discovery is also relevant for developing new therapies, since unstructured proteins are largely unresponsive to traditional drugs, which bind to specific structures on the protein surface.