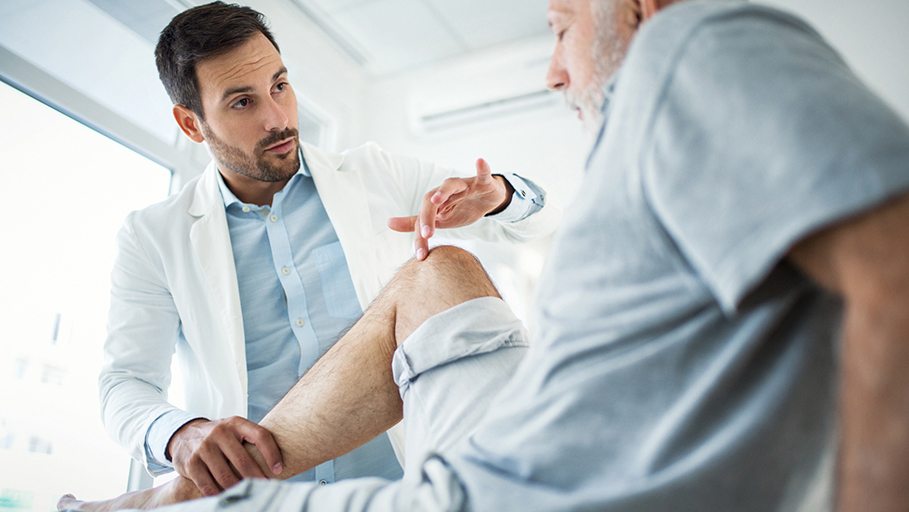 People experience significantly stronger pain relief if they are treated by a person who belongs to a different social group. (Image: istock.com/gilaxia)

Pain and the psyche are closely linked, and social factors play a crucial role in determining how people experience pain. Researchers from the Universities of Zurich, Würzburg and Amsterdam have now investigated how a key social factor – group membership – affects pain experience. Surprisingly, the study shows that people experience significantly stronger pain relief if they are treated by a person who belongs to a different social group, compared to getting help from a member of the same group.

Subjective and measured perception of pain

“In our study, we measured subjective pain judgments and neural pain responses in specific brain regions of study participants, before as well as after they were given pain relief treatment,” says Grit Hein, first author of the study. Participants received pain in the form of electric shocks to the back of their hand, which they were asked to rate in terms of intensity, while lying in a magnetic resonance imaging scanner used to measure their brain activity.

To investigate the effect of group membership on the perception of pain, the researchers divided the study participants – 40 Swiss men – into two groups: One group was given pain relief by persons with the same nationality as the participants, i.e. members of their own social group. The other group was treated by persons with a different nationality, i.e. “strangers” belonging to a different group: People from the Balkan region.

Treatment by a “stranger” more efficient

“Before the treatment, both groups showed similarly strong responses to pain,” says study leader Philippe Tobler from the Department of Economics of the University of Zurich. In contrast, after being treated by what they considered a “stranger”, the participants from this group rated their pain less intense than the other group. This effect was not limited to the subjective pain experience. “We also saw a reduction of the pain-related activation in the corresponding brain regions,” adds the scientist.

While surprising to the lay person, the finding is in line with a core principle of learning theory according to which people learn particularly well when the results differ significantly from what they had expected.  In psychology, this effect is called “prediction error learning”, where the surprise contributes to “rooting” the new experience more effectively in the brain.

Applied to the pain experiment, this means the following: “The participants who received pain relief from an outgroup member had not expected to actually get effective help from this person,” explains neuroscientist Philippe Tobler. And the less the participants had anticipated positive experiences, the bigger their surprise when the pain actually subsided – and the more pronounced the reduction of their pain responses.

Despite the relatively small number of study participants, the researchers are convinced of the results of their study. “The findings are consistent on several levels – from the patients’ subjective rating to the neural responses in the brain and the degree of pain relief,” says Grit Hein. Of course, it is merely the first study in this area, which still needs to be verified outside the laboratory. Nevertheless, the findings could be relevant for the clinical context, where treatment by nurses and doctors from different cultures is common.