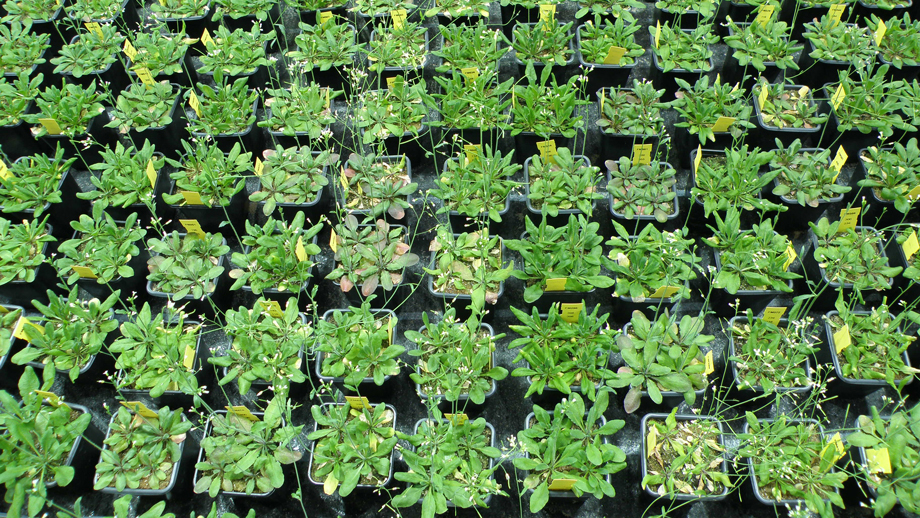 The ongoing worldwide loss of biological diversity is one of the most pressing challenges humankind currently faces. Biodiversity is vital to humans not least because it supports ecosystem services such as the provision of clean water and the production of biomass and food. Many experiments have shown that diverse communities of organisms function better in this regard than monocultures. “In mixed communities plants engage in a kind of division of labor that increases efficiency and improves the functioning of the community as a whole,” explains Pascal Niklaus from the Department of Evolutionary Biology and Environmental Studies of the University of Zurich.

Nevertheless, modern agricultural practice mainly relies on plant varieties that are genetically uniform, since they make it easier to grow and process crops. The benefits of diverse communities therefore remain untapped, also because the underlying mechanisms are not yet fully understood. “Despite intensive research, we currently don’t know which properties make plants good players in such mixed teams,” says Samuel Wüst, main author of the study.

The two researchers addressed this question by combining modern genetic and ecological approaches. As a test system, they focused on common wallcress (Arabidopsis thaliana), a small crucifer that is genetically well documented. They used systematic crosses of varieties of these plants, which were grown in pots in different combinations. After a few weeks, the researchers weighed the resulting biomass, which allowed them to compare the growth of the plants. As expected, pots with mixtures of different crosses were indeed more productive on average.

Using statistical analyses, the researchers then related the yield gain in mixed communities to the genetic makeup of the crosses. The genetic map they obtained in this way enabled them to identify the parts of the genome that made the combination of plants good mixed teams. They found that even the smallest genetic differences between plants were enough to increase their combined yield.

“We were very surprised that complex and poorly understood properties such as the suitability to form a well-performing mixture had such a simple genetic cause,” says Samuel Wüst. He thinks that their method may help to breed plants that are good team players and thus yield more crops. “Our insights open up completely new avenues in agriculture,” adds Wüst.