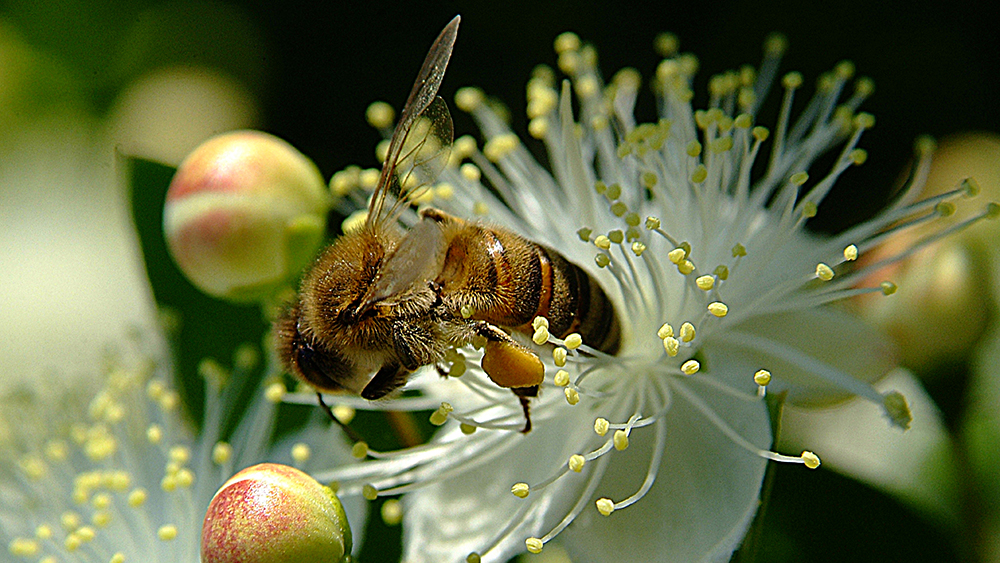 Part of a giant network of mutual dependencies: Plants need insects to disperse their pollen and, in turn, insects depend on plants for food. (Image: istock.com/KenanOlgun)

Global climate change is threatening biodiversity. To predict the fate of species, ecologists use climatic models that consider individual species in isolation. This type of model, however, overlooks the fact that species are part of a giant network of mutual dependencies: For example, plants need insects to disperse their pollen and, in turn, insects depend on plants for food.

These types of mutually beneficial interactions have been very important in generating the diversity of life on Earth. But the interaction also has a negative knock-on effect when the extinction of one species causes other species that are dependent on it to also die out, an effect that is called co-extinction. Evolutionary biologists at the University of Zurich, together with ecologists from Spain, Great Britain and Chile, have now quantified how much more of an impact climate change has on biodiversity when these mutual dependencies between the species are taken into account. To this end, the researcher team analyzed the networks between flowering plants and their insect pollinators in seven different regions of Europe.

First author Jordi Bascompte gives a specific example to illustrate the results of the study: “In one of the networks situated in southern Spain, the sage-leaved rock rose has a 52 percent predicted probability of extinction caused by climate change in 2080. Should this happen, one of its pollinators, the small carpenter bee, would face a risk of co-extinction as a consequence of losing one of the resources it depends upon. Because the small carpenter bee also pollinates the myrtle, the latter is also under threat of extinction.” Thus while the predicted extinction risk of the myrtle considered in isolation is 38 percent, the risk rises to around 62 percent when taking into account the network of interactions.

“If the interactions of individual species are also considered, the total number of species threatened with extinction rises,” summarizes Bascompte. “Some species with a very low likelihood of climate-related extinction according to the traditional model are at high risk of extinction due to their dependencies.”

The authors also observed that the role of co-extinctions in increasing the pool of species being eradicated could be particularly high in Mediterranean communities. As an example, in a community in Greece, the total number of plant species predicted to disappear locally by 2080 could be as high as between two and three times the amount expected when considering species in isolation.  The researchers point to two reasons for this: First, Mediterranean regions have been more strongly affected by climate change than central and northern Europe. Second, the southern European regions are home to species with narrower distribution ranges, which makes them more susceptible to extinction than those broadly distributed. With such a high fraction of species and their interactions being driven extinct, the remaining network is more fragile and therefore prone to coextinction cascades.