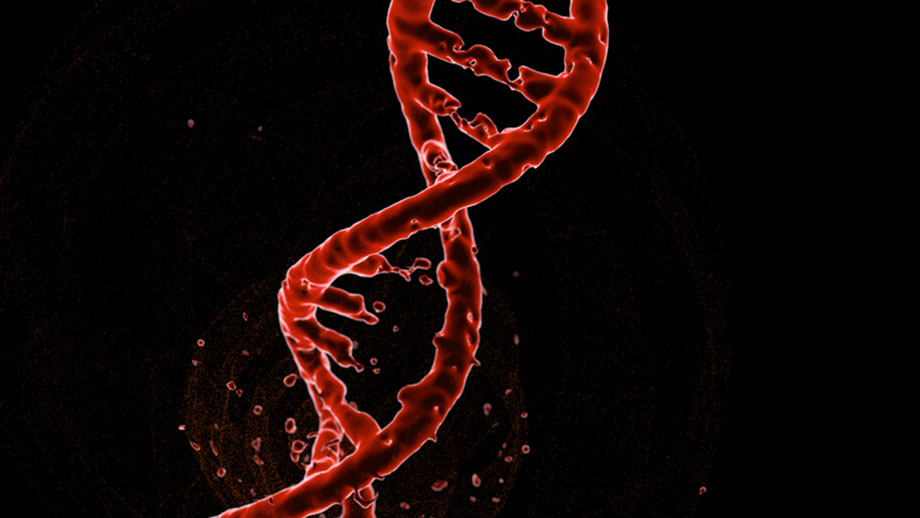 "Its an underappreciated kind of genetic variation," says corresponding author Andreas Wagner, an evolutionary biologist at the University of Zurich and external professor at the Santa Fe Institute, "and it plays an important role in evolution.”

To explore those mechanisms, Wagner’s team worked with populations of the gut bacterium E. coli that carried a plasmid with a gene for a yellow fluorescent protein (YFP). The team designed a two-stage experiment. In stage 1, they used mutagenic PCR to increase variation in the YFP gene. Simultaneously, they selected for a narrow range of yellow fluorescence. Any bacteria not sufficiently yellow were excluded, a process called ‘stabilizing selection.’ In this way, they built up deep stores of cryptic genetic variation without altering the yellow color of the YFP protein.

During stage 2, the team changed the selection rules and began selecting for E. coli that fluoresced in the green part of the spectrum (‘directional selection’). They also introduced control populations of E. coli that lacked enhanced cryptic variation in YFP. The E. coli cell lines with stores of cryptic variation evolved green fluorescent protein (from YFP genes) that were both greener and genetically more diverse than any produced by the control E. coli lineages.

In the experiment, says co-author Joshua Payne (ETH Zurich), cryptic variation did more than drive evolutionary adaptation faster. Cell lines with deep reserves of cryptic variation evolved greener YFP proteins, forms of the protein that were inaccessible to regular bacteria, and they evolved by multiple unique routes not available to regular E. coli.

In the wild, cryptic variation helps fish adapt to life in caves. In the lab, cryptic variation might help a biomolecule bind a new receptor. “Our work can help develop new directed evolution strategies to find innovative biomolecules for biotechnological and medical applications,” says Zheng.

Like a fat savings account, cryptic variation is a store of variation that becomes available in an emergency to fuel rapid evolutionary change critical to the survival of a lineage and useful for molecular biologists.