Department of Economics
University of Zurich 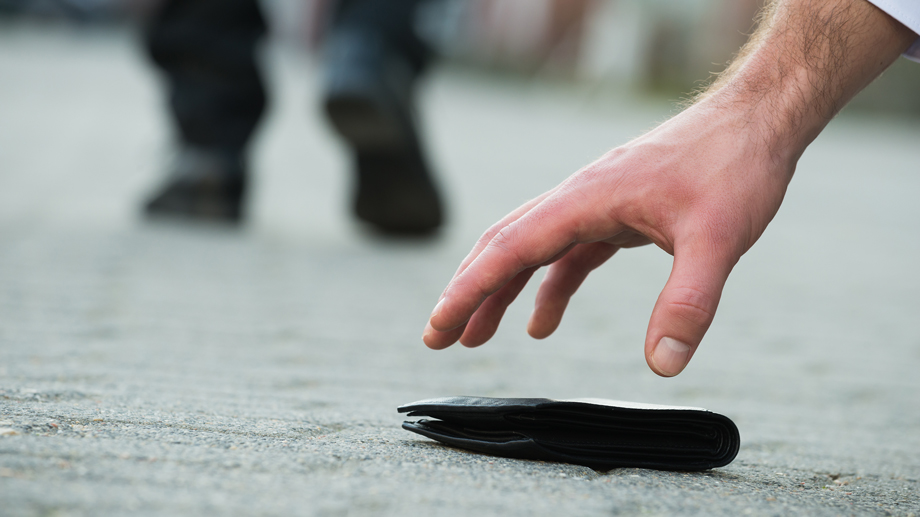 The more money there is in a lost wallet, the more likely not returning it is to be classified as theft. (Image: istock.com/AndreyPopov)

The classic economic model predicts that individuals will typically keep a lost wallet. The financial incentive to keep the wallet is particularly large if it contains a large sum of money. However, this assumption is refuted by a recent study. In 355 cities in 40 countries, the research team investigated what causes people to return a wallet to its owner. To this end, they handed in more than 17,000 apparently lost wallets at the receptions of various institutions such as hotels, banks, museums, post offices or police stations.

The researchers examined four factors that influence the decision to return the wallet: The monetary incentive to keep the money, the effort involved in contacting the owner, altruistic considerations about the welfare of the owner, and what is known as the "psychological costs of dishonest behavior". The latter are caused by the fact that keeping a lost wallet is often perceived as theft, and the finder has to adapt their self-image.

The researchers were able to show that these psychological costs, i.e. the preservation of one’s self-image as an honest person, can explain the finders’ behavior. "People want to see themselves as an honest person, not as a thief. Keeping a found wallet means having to adapt one's self-image, which comes with psychological costs," explains Michel Maréchal, professor of economics at the UZH Department of Economics. Participants in an additional survey confirmed that the more money there was in a lost wallet, the more likely not returning it was to be classified as theft, causing higher psychological cost of dishonest behavior.

The wallets contained a business card, a shopping list, a key and a varying amount of money. A key is only of value to the owner, but not to the finder. To measure altruistic concerns, the researchers also handed in some wallets without a key. A wallet with money, but no key was less likely to be returned than a wallet with the same amount of money and a key. Based on this finding, the researchers conclude that altruistic considerations play a further, albeit subordinate, role when returning wallets.

Although reality disproves the economic model, an additional survey shows that many academic economists and the general population assume that lost wallets containing large sums of money are less likely to be returned. "We mistakenly assume that our fellow human beings are selfish. In reality, their self-image as an honest person is more important to them than a short-term monetary gain," explains Alain Cohn, assistant professor of economics at the University of Michigan and co-author of the study, summarizing the contradiction between expected and actual behavior.

Switzerland one of the most honest countries