(jpeg, 1.57 MB) A dominant female monopolizes most of the reproduction, while subordinate helpers assist in raising her offspring. (Image: UZH) 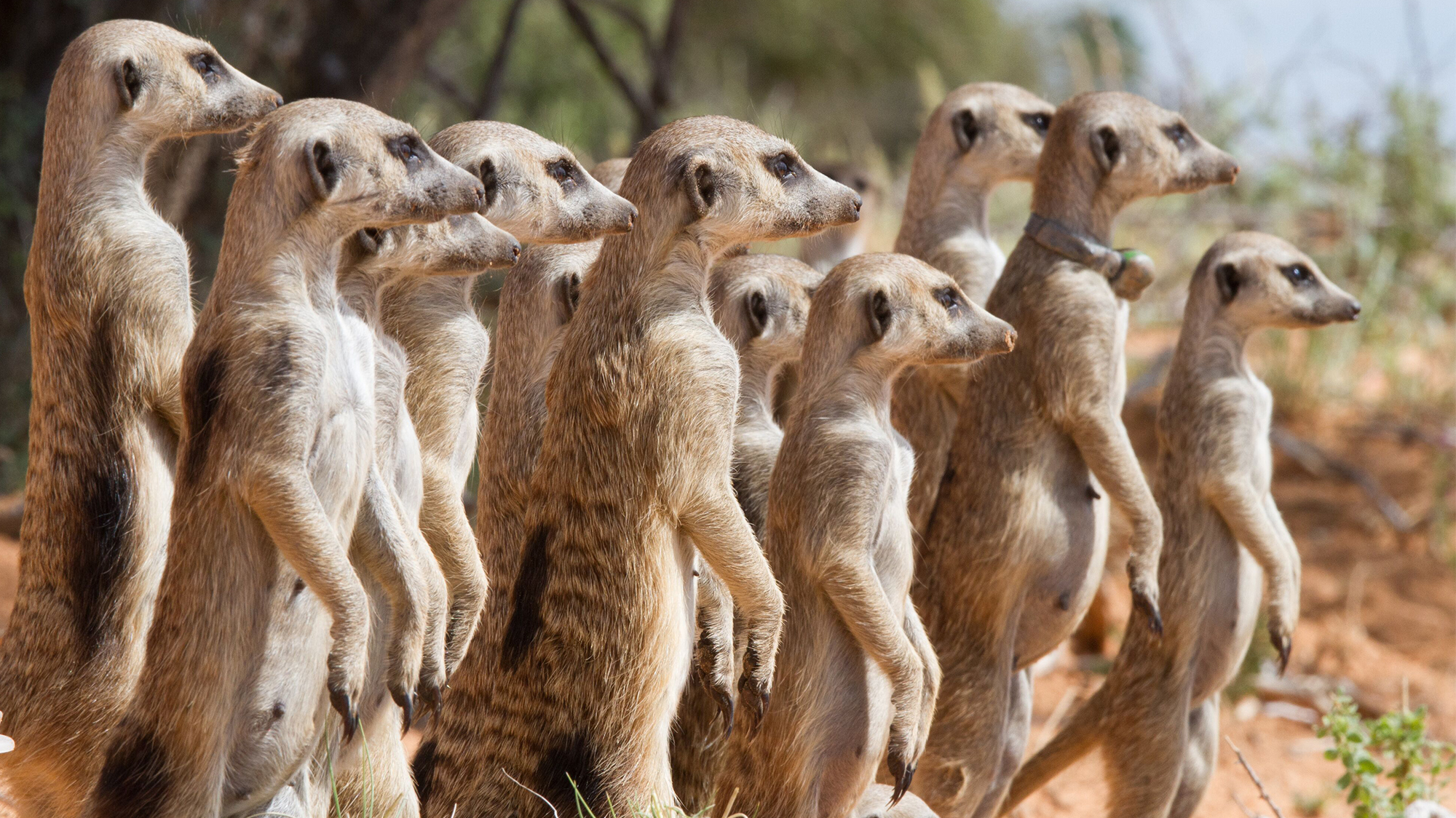 Meerkats are cooperative breeders that live in social groups. A dominant female monopolizes most of the reproduction, while subordinate helpers assist in raising her offspring. (UZH)

The effects of climate change are especially obvious in arid environments where resources are scarce and subject to seasonal availability. However, the demographic mechanisms through which seasonal climate affects population persistence remains mostly unknown. Using detailed monthly life-history data collected by the Kalahari Meerkat Project between 1997 and 2016, scientists at the Universities of Zurich and Cambridge have now assessed how meerkats (Suricata suricatta) will fare in response to future changes in seasonal rainfall and temperature.

Meerkats are cooperative breeders that live in social groups. A dominant female monopolizes most of the reproduction, while subordinate helpers assist in raising her offspring. Changes in the physical and social environment affect the growth, survival and reproduction of meerkats. For example, wet and warm conditions at the beginning of summer increase the growth, survival and reproduction of these animals. In contrast, high population densities and cold weather during winter decrease individual growth and survival.

The Kalahari Desert in Southern Africa is projected to become drier and warmer as a result of climate change. The new study investigates how consistently rising summer temperatures and rainfall fluctuations will affect body mass and growth of meerkats, resulting in lower rates of reproduction and offspring survival. However, this isn’t the only finding of the study.

“In addition to the common practice of modeling average annual dynamics, we took a closer look at seasonal dynamics and developed a specific climate change model,” says Maria Paniw of the Department of Evolutionary Biology and Environmental Studies at the University of Zurich. “We found that the picture is more complex: Seasonality matters because improving conditions in one season can partially counter the worsening conditions in the next season.”

The team linked changes observed in growth, survival and reproduction to changes in seasonal rainfall and temperature. Using these links in a population projection model, the scientists projected the population dynamics 50 years into the future, creating different scenarios based on a report on climate change issued by US National Center for Atmospheric Research (NCAR).

In contrast, the negative effects of less rainfall in summer would be alleviated to an extent if winters became warmer, allowing meerkats to gain weight and step up reproduction. Taking these counteracting seasonal changes into account leads to a different scenario, in which the probability of extinction is less severe and the meerkats would still persist in 50 years. 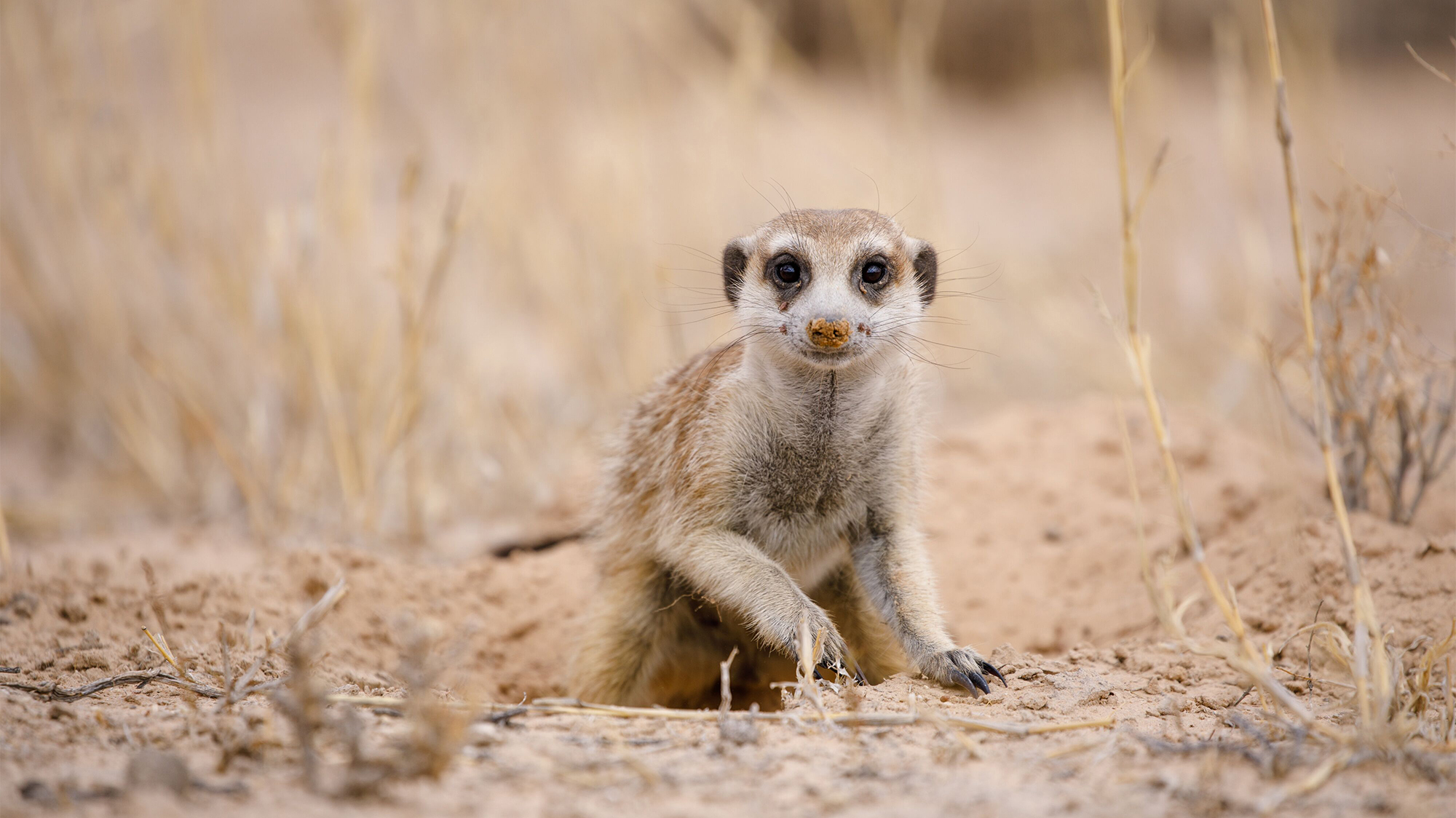 Link between seasonality and populations dynamics

Professor Tim Clutton-Brock, co-author from the University of Cambridge and founder of the Kalahari Meerkat Project, adds: “Our work emphasizes the importance of long-term, individual-based studies that extend over several decades. Only where data of this kind is available is it possible to assess the effects of climate change on animal populations and to understand the ecological mechanisms responsible for them.”

Additional Study on the Dispersal of Meerkats

Dispersal is a key process influencing the dynamics of socially and spatially structured populations. Emigration from a natal territory is associated with high costs as individuals move through unknown territory competing for suitable breeding habitat. A better quantification of how such costs change throughout dispersal can help gain a more detailed understanding of this important life-history event. Researchers from the University of Zurich fitted GPS collars to wild dispersing meerkats and found that they lost body mass and had increased stress levels. The study was conducted together with scientists from Cambridge, Victoria, Pretoria, and the German Primate Center.

The Kalahari Meerkat Project was established by the University of Cambridge, which continues to manage it together with the Department of Evolutionary Biology and Environmental Studies at the University of Zurich, the Mammal Research Institute of the University of Pretoria and the Trustees of the Kalahari Research Centre. The study by Paniw and her co-authors was funded by the European Research Council (ERC) and the Swiss National Science Foundation (SNSF).