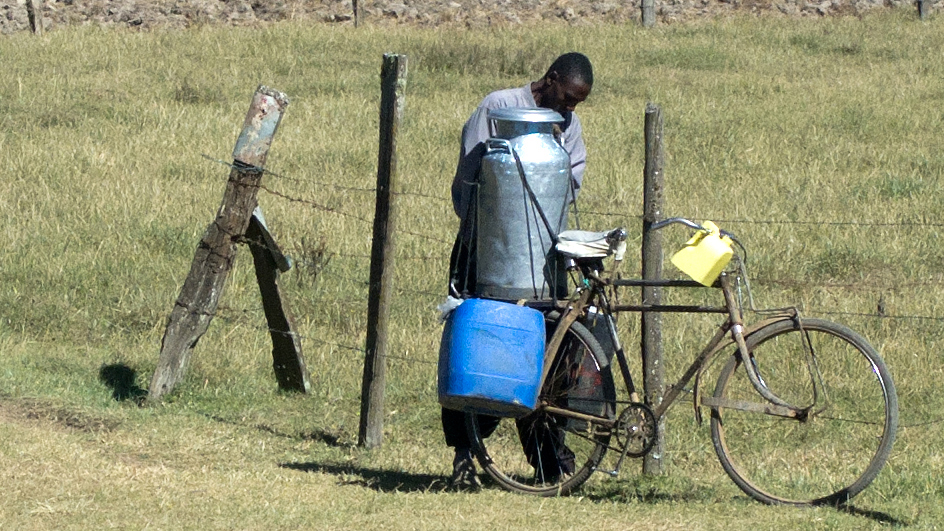 Dairy farmers in Kenya prefer to be paid once at the end of the month, since monthly payment schemes are an efficient tool to increase savings. (iStock.com/SimplyCreativePhotography)

Dairy farmers in central Kenya typically own two or three cows and produce and sell milk on a daily basis. They need the cash for daily consumption, but also need to set aside money for larger investments, such as cow feed or school fees. Previous research has shown that people struggle to build up savings or to cover unexpected one-off expenses when they are on a low, daily income.

Researchers from the Department of Economics at the University of Zurich wanted to know if the Kenyan dairy farmers prefered one large end-of-month payment to daily payments, and on which conditions. When faced with the choice of receiving monthly or daily payment for their milk, 86% of the farmers chose to receive end-of-month payments, even if this meant a 15% lower price per liter of milk. When asked for the reason of this choice, the majority of farmers mentioned that they had set themselves saving goals and did not trust themselves to manage the money over the course of a month. When given the choice between having the option to change back to the daily payments at any stage of the month, or committing themselves to a plan for the whole month, 93% chose not to have that flexibility. These two findings suggest that self-control concerns are the primary driver of the demand for monthly payments.

Trust is crucial for markets to flourish

Although there is a strong demand for monthly payments, the supply side cannot keep up. Only one large dairy buyer in the study region provided the monthly payment option. The researchers point out that smaller operators do not have the credibility to offer such a payment schedule: Farmers are concerned that the small buyers would run away with the money due at the end of the month. “Trust is crucial for economic development. With a credible third party or judicial organizations guaranteeing the payment, farmers would be willing to sell to smaller dairies and there would be more competition among milk buyers. Therefore, increasing contract enforcement helps the market to establish itself,” says Lorenzo Casaburi, an assistant professor in the Department of Economics at UZH who co-authored the paper.

The study is one of the first to show that people are willing to pay high prices for commitment measures addressing self-control problems. This research differs from other experiments in the area of self-commitment because it is not based on hypothetical situations created by behavioral economists for research purposes, but investigates a real commitment measure common in many markets: Infrequent payments for frequently provided goods or services. The authors show that the mechanism proposed in the paper also applies for producers and workers in other countries. “The findings on infrequent payments as a savings tool may be relevant for developed countries as well. For instance, many countries around the world, including Switzerland, introduced thirteenth salaries to provide workers with more liquidity to cover end-of-the year expenses,” explains Lorenzo Casaburi.