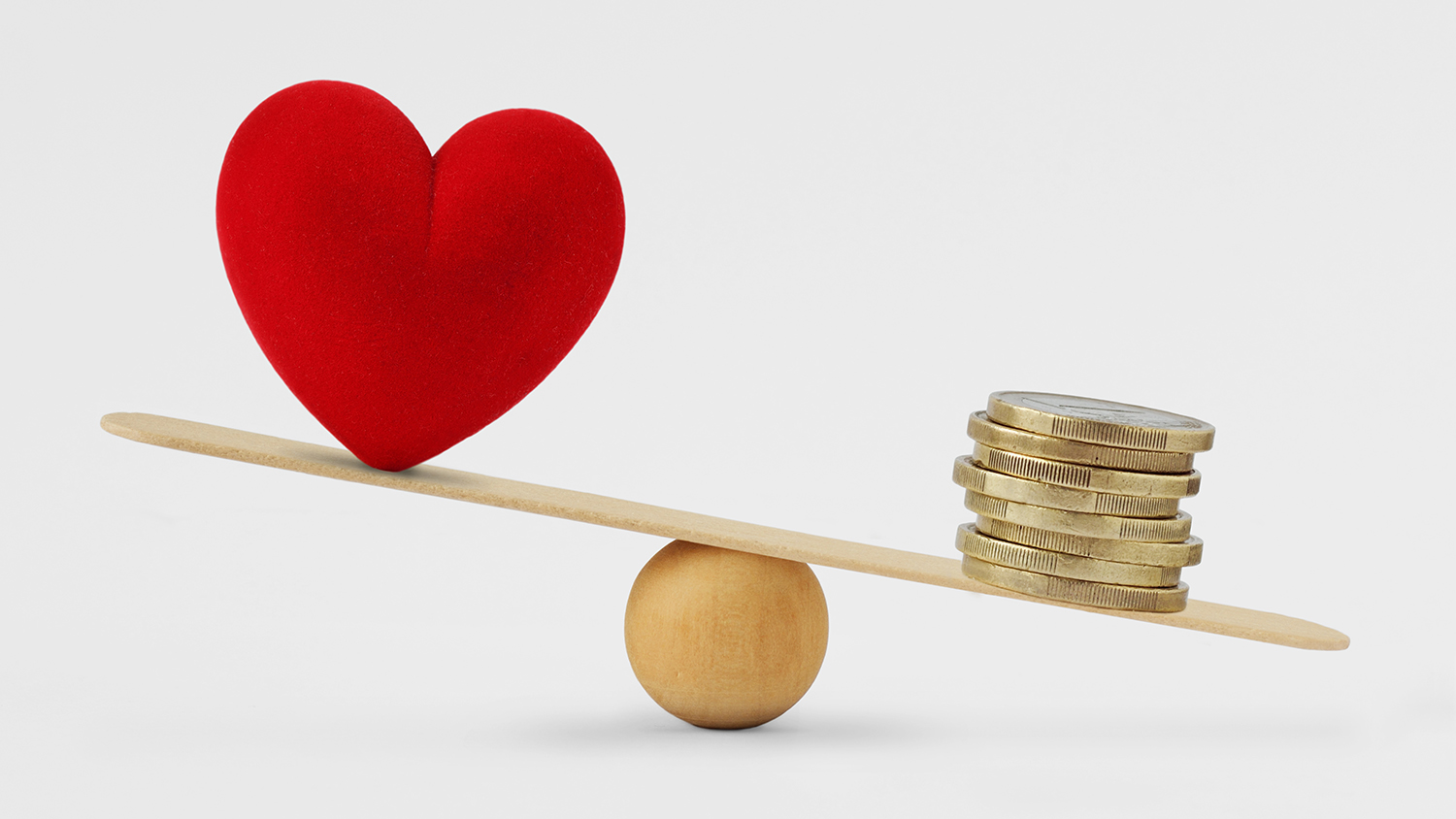 Depending on the strength of the monetary incentive, people will at one point switch to selfish behavior. (Image: istock.com/CalypsoArt)

When donating money to a charity or doing volunteer work, we put someone else’s needs before our own and forgo our own material interests in favor of moral values. Studies have described this behavior as reflecting either a personal predisposition for altruism, an instrument for personal reputation management, or a mental trade-off of the pros and cons associated with different actions.

A research team led by UZH professor Christian Ruff from the Zurich Center for Neuroeconomics has now investigated the neurobiological origins of unselfish behavior. The researchers focused on the right Temporal Parietal Junction (rTPJ) – an area of the brain that is believed to play a crucial role in social decision-making processes. To understand the exact function of the rTPJ, they engineered an experimental set-up in which participants had to decide whether and how much they wanted to donate to various organizations. Through electromagnetic stimulation of the rTPJ, the researchers were then able to determine which of the three types of considerations – predisposed altruism, reputation management, or trading off moral and material values – are processed in this area of the brain.

Moral by default, money by deliberation

The researchers found that people have a moral preference for supporting good causes and not wanting to support harmful or bad causes. However, depending on the strength of the monetary incentive, people will at one point switch to selfish behavior. When the authors reduced the excitability of the rTPJ using electromagnetic stimulation, the participants’ moral behavior remained more stable.

“If we don’t let the brain deliberate on conflicting moral and monetary values, people are more likely to stick to their moral convictions and aren’t swayed, even by high financial incentives,” explains Christian Ruff. According to the neuroeconomist, this is a remarkable finding, since: “In principle, it’s also conceivable that people are intuitively guided by financial interests and only take the altruistic path as a result of their deliberations.”

Although people’s decisions were more social when they thought that their actions were being watched, this behavior was not affected by electromagnetic stimulation of the rTPJ. This means that considerations regarding one’s reputation are processed in a different area of the brain. In addition, the electromagnetic stimulation led to no difference in the general motivation to help.  Therefore, the authors concluded that the rTPJ is not home to altruistic motives per se, but rather to the ability to trade off moral and material values.

In the experimental set-up, the participants received money and were then presented with the opportunity to donate a varying sum to a charitable cause, at a cost to themselves, or donate a sum to an organization that supports the use of firearms, in which case they were rewarded. Some of these decisions were taken while other participants were watching, whereas others were taken in secret.

The researchers then analyzed the decisions the participants took, determining the monetary thresholds at which the participants switched from altruistic to selfish behavior.  They compared these findings in settings with and without magnetic stimulation of the rTPJ area.