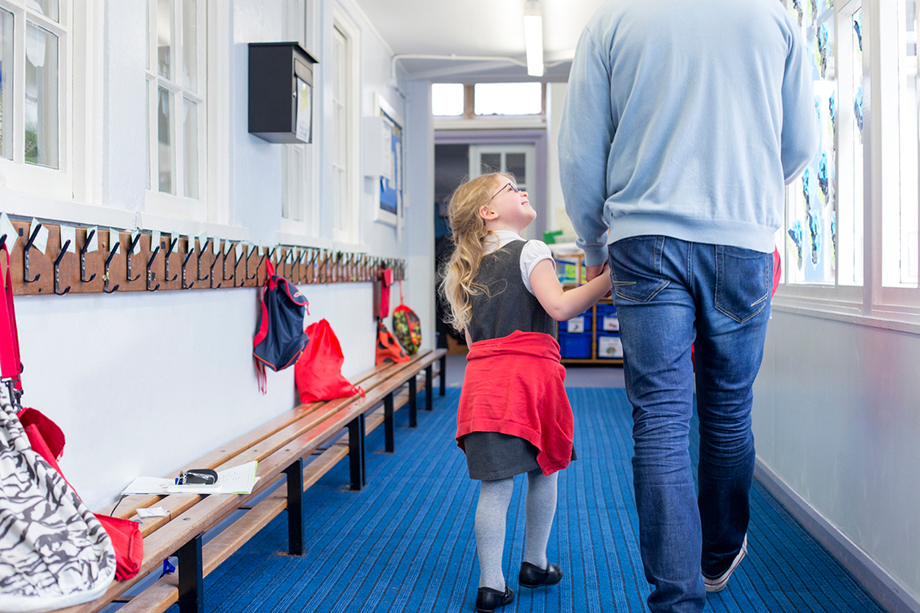 Modern Family Roles
In modern families, childcare is also fathers' business - which not only benefits the mothers. (Image: iStock.com/DGLimages)

The mother looks after the children, the father works full time – these traditional roles stubbornly remained the norm for a long time. But in recent decades, the normative expectations of mothers and fathers have changed. Motherhood is no longer seen as an obligatory part of female identity and fulfillment. It is no longer automatically expected that mothers will give up paid work, and it is becoming increasingly normal for fathers to have a more active role in raising and caring for children.

Together with sociologists from Germany, researchers at the University of Zurich (UZH) have now investigated what effect these changed societal expectations have had on the life satisfaction of mothers and fathers. For their empirical work, they evaluated data from the long-term study of the Socio-Economic Panel at the Institute for Economic Research Berlin (DIW), which are representative for Germany. It contains data on more than 18,000 women and almost 12,000 men who were surveyed between 1984 and 2015. “While in the last few years the prevailing message in the media is that modern parents are under great stress or even regret having become parents, our analysis shows the opposite,” says first author Klaus Preisner from the UZH Institute of Sociology

In surveys in the 1980s, most mothers were less satisfied with their lives than women without children. The idea of having a “little bundle of joy” that would bring great happiness – which stemmed in part from the taboo against speaking negatively of motherhood in any way – did not translate to reality for many women. “With the increasing freedom to choose whether or not to have a child and to shape parenthood more individually, the ‘maternal happiness gap’ has closed. Today we no longer find a difference in the life satisfaction of mothers and of women without children,” says Preisner.

Life satisfaction of both parents increased

The picture is different for men: In the past, in contrast to women, men were not expected to take an active role in childcare, to take parental leave or to reduce their working hours after having children. Although that situation is different today, the life satisfaction of men has barely changed as a result. What’s more, there is no difference in life satisfaction between fathers and men without children. “Fathers who step up to meet the new expectations placed on them are increasingly rewarded with public praise for their commitment,” adds Preisner.

Alongside changed normative expectations in Germany, new political measures have been introduced, such as support for parental leave after the birth of a child and childcare for small children outside the family. One the one hand, such changes mean mothers and fathers can choose more freely how they want to arrange their family lives with regard to childcare. On the other, the roles and responsibilities are more equally distributed between mothers and fathers nowadays. Both these aspects have a positive effect on parents’ life satisfaction.

The greater freedom of choice and the increased equality of mothers’ and fathers’ roles has been encouraged – and in some cases even made possible at all – by modern policies for families. Parental leave enables mothers and fathers to share childcare responsibilities and to be involved in their children’s upbringing. In addition, subsidized childcare outside the home, such as it exists in Germany, also makes it easier for families to combine parenthood and employment. Klaus Preisner also sees another advantage: “These family-friendly political measures are not only significant for equality between the sexes. They are just as important for their role in improving life satisfaction of parents and thus ultimately of children.”