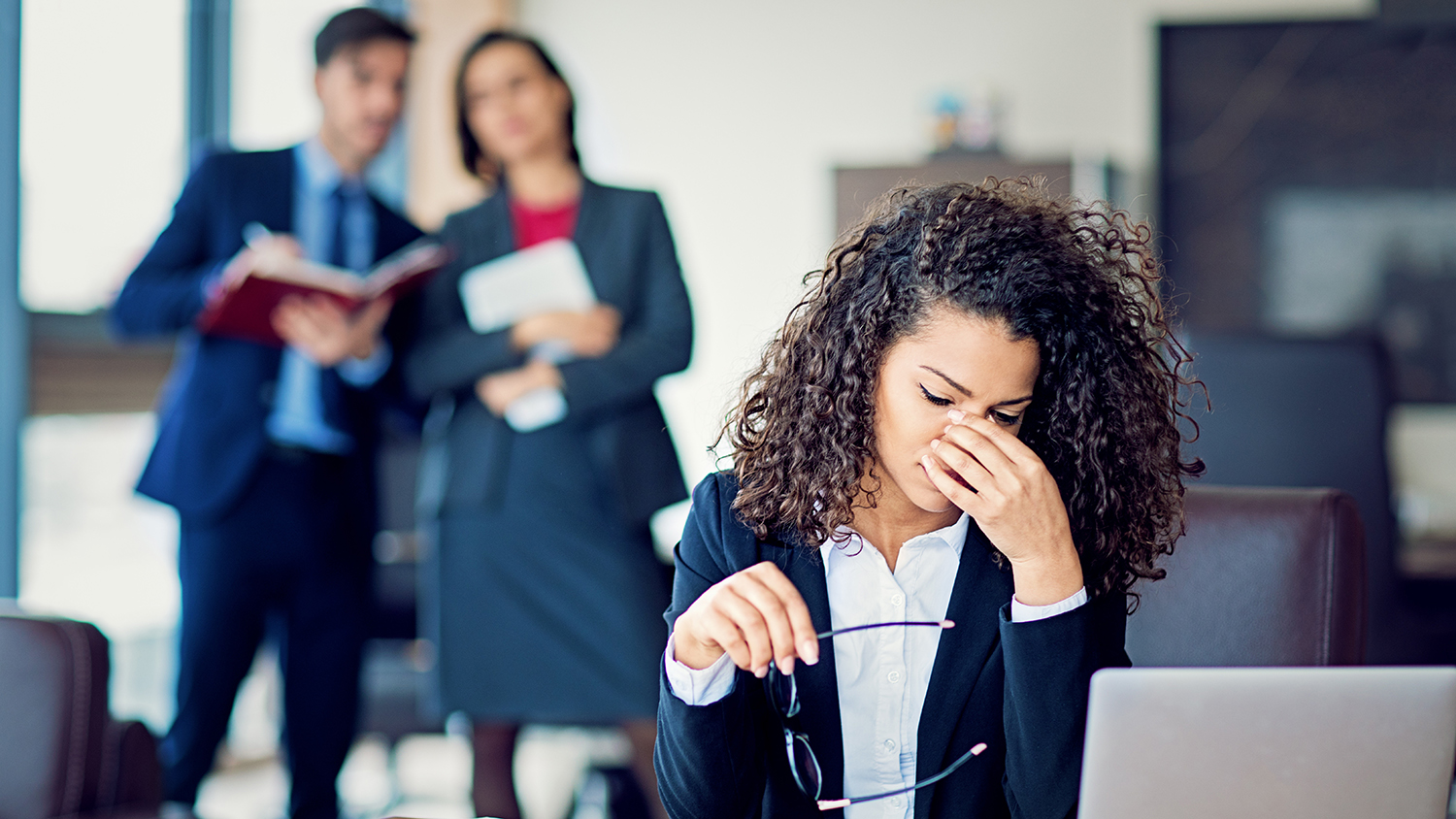 Schadenfreude is more likely to be directed toward employees who particularly stand out and are envied. (Image: istock.com/praetorianphoto)

Most employees have heard of or witnessed a colleague being mistreated, talked over, or bullied. To date, most research on this subject argues that observers feel empathy toward victims and anger toward perpetrators. However, Jamie Gloor, business economist at UZH, believes that this view oversimplifies the complex nature of social dynamics. Together with colleagues from Shanghai Jiao Tong University and the National University of Singapore, she devoted her latest publication to the emergence, development, and behavioral consequences of schadenfreude – an emotion long discussed by philosophers as early as Aristotle but which modern organizational research has largely overlooked.

As well as providing positive social experiences such as comradery and support, modern organizations are also ripe for competition, envy, and intergroup tension. These negative dynamics increase the likelihood that some people may benefit from the mistreatment of others, and it is under such conditions that schadenfreude is able to arise and thrive. “In complex and progressively busy environments, like workplaces, we focus on what is most relevant to us and our goals”, says Gloor. This means that schadenfreude is more likely to be directed toward employees who particularly stand out and are envied. “The mistreatment can level the playing field, potentially increasing one’s own chances for coveted rewards such as bonuses and promotions.”

As the authors explain, observers may be particularly bold in showing their schadenfreude if the victim is deemed to have deserved the mistreatment and is somehow responsible – because of past misdeeds, for example. The researchers make a distinction between this righteous schadenfreude and ambivalent schadenfreude, which is when the pleasure in someone else’s misfortune is clouded by feelings of guilt and shame.

The problem with schadenfreude, particularly that which is considered to be justified, is that it can set off more cycles of mistreatment. So observers may also start treating the target of their schadenfreude unfairly, for example, by refusing to help them or actively excluding them. In this way, pleasure in another person’s pain can create vicious circles of mistreatment. “If schadenfreude becomes pervasive among employees, mistreatment could also become the norm,” concludes Gloor.

Consequently, the authors couple their conclusions with a series of recommendations. They advise leaders to develop shared visions and promote team-based rather than individual incentives. Creating an inclusive climate may also help reduce feelings of “otherness”, which can also promote feelings of schadenfreude. In addition, the authors stress the importance of maintaining fair policies and procedures to reduce potential envy and resentment toward star performers. Finally, it may also be worth paying close attention to opinion leaders within social groups to avert spirals of mistreatment.