(jpg, 1.39 MB) The exhibition in the atrium of the UZH was well attended. (Image: Della Bella / Scientifica) 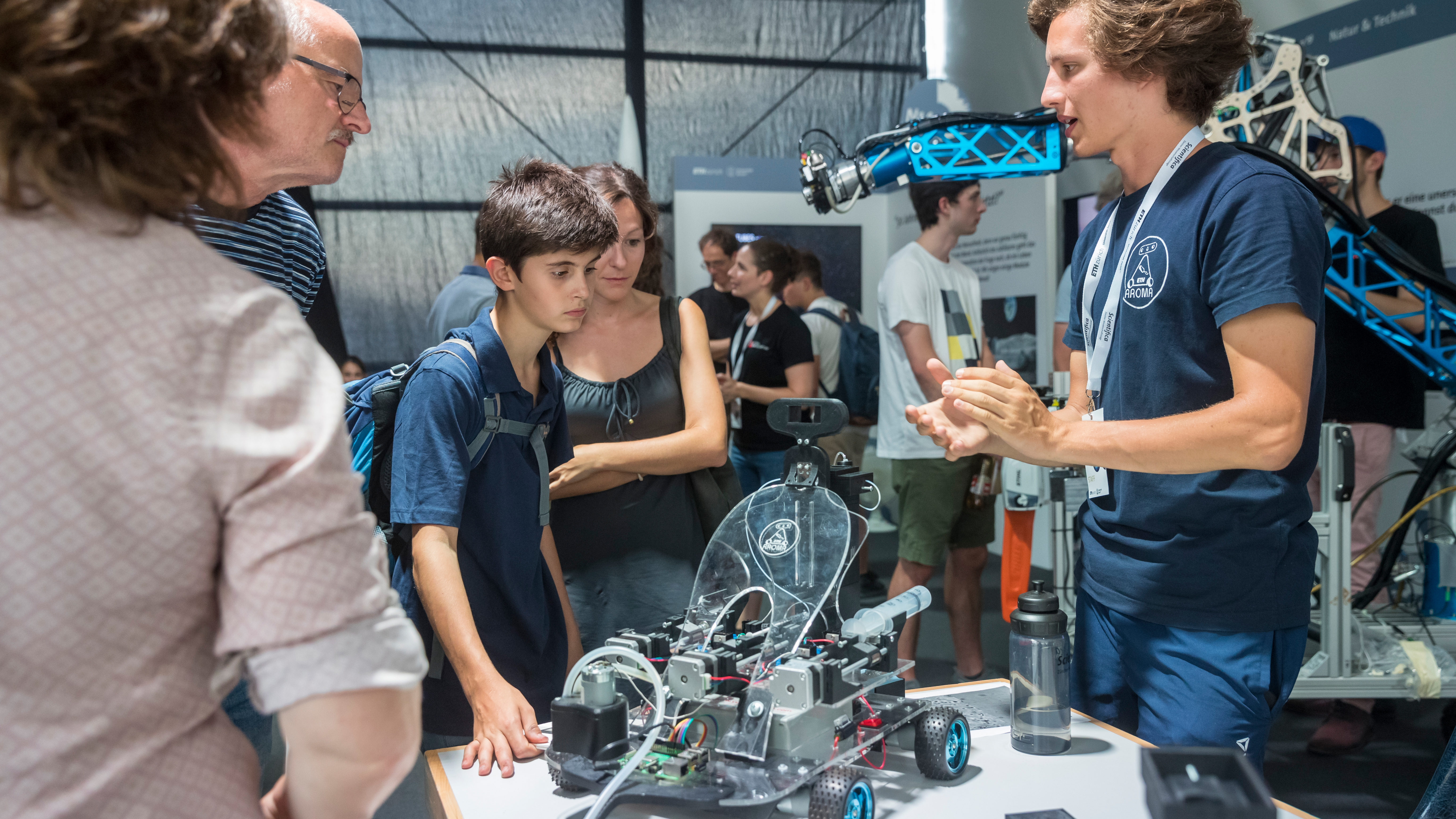 At Scientifica, researchers explained their projets to the public. (Picture: Della Bella /Scientifica)

“Science fiction – science facts”: In keeping with this motto, the University of Zurich and ETH Zurich offered a glimpse into the future during the Zurich science festival – because what sounds like fiction today could become part of everyday life tomorrow. At Scientifica, about 20,000 to 30,000 visitors seized the opportunity to get answers directly from researchers in response to questions such as: Will we be able to grow food on Mars or produce fuel from sunlight and air some day? Is a quantum computer a real possibility? Will surgeons ever wear augmented reality glasses during operations?

Around 400 scientists presented their research during stimulating conversations at over 50 booths, 34 short lectures and various shows, which included interactive experiments and a “Science Slam”. The Science Cafés, which are particularly well-suited to addressing hotly debated topics in society, were also popular.

Participants with very different opinions debated with the public on topics that included “Gene modification: a blessing or curse?”, “Artificial intelligence in everyday life”, and “Communicating scientific facts in the age of fake news”.

Sound facts as a basis for discussion

Michael Schaepman, Vice President Research at UZH, explains the basic foundation needed for productive discourse: “During controversial discussions about society and politics, we should rely on sound knowledge and not on speculation. Universities such as ETH and UZH provide this kind of foundational scientific data and facts.” The Vice President also noted that “in the age of fake news, it is particularly important that our research contributes to public discussion, identifies trends, and points out potential consequences – at Scientifica, for instance.”

The purpose of the Zurich science days is to bring researchers into direct contact with the public. “Scientifica allows us to present our basic research in an appealing way, making it accessible to everyone. This way, we can show the public how important the two universities are – not only for society but for the economy as well. For example, there are several spin-offs and start-ups making an appearance at the sixth Scientifica – and showing how knowledge transfer works,” says Detlef Günther, Vice President for Research and Corporate Relations at ETH Zurich.

From an alien dental clinic to genetic engineering

The 13 workshops were fully booked as well, with experts demonstrating strategies for surviving earthquakes, for example, discussing a more equitable distribution of groundwater in times of drought, and demonstrating the power of thought. Children were able to train like astronauts, pay a visit to alien dental clinics, and delve into the world of nanotechnology. This year, sci-fi fans were able to get in the mood even before Scientifica kicked off. The Kosmos cinema screened science fiction classics, with commentary provided by experts from UZH and ETH, to sizeable audiences.

The University of Zurich and ETH Zurich are planning to host the Scientifica festival again on 4 and 5 September 2021.

You can download images from this year’s Scientifica. You may use the images for your own coverage with the credit “Della Bella / Scientifica”. 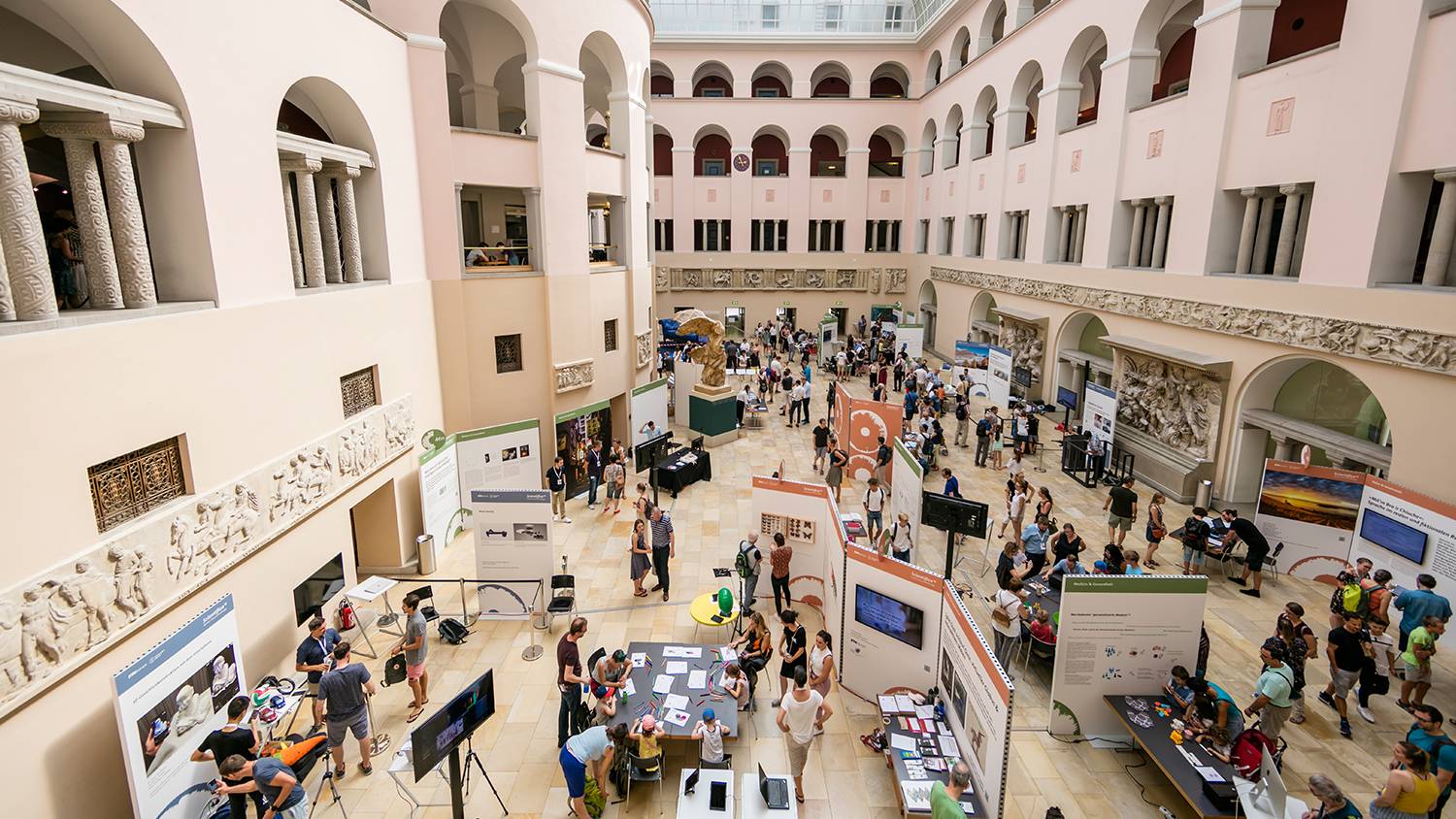 The exhibition in the atrium of the UZH was well attended. (Picture: Della Bella / Scientifica)