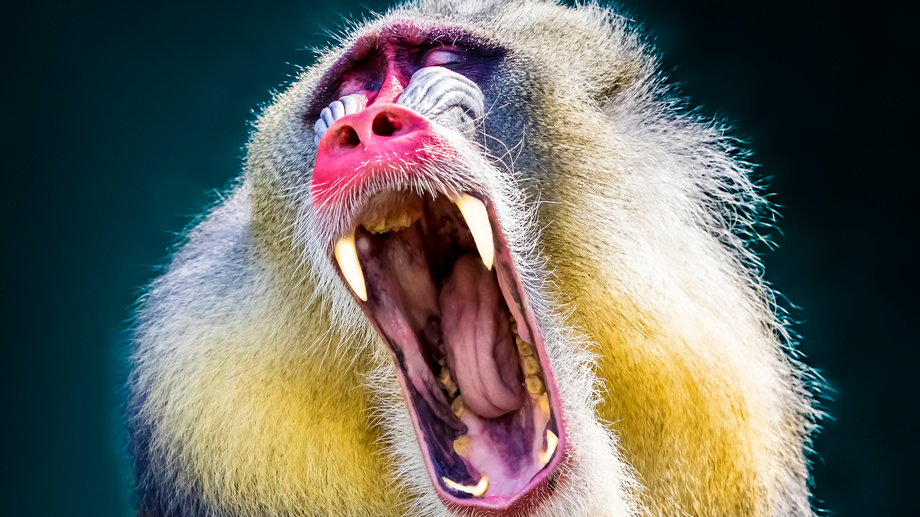 Showy males like the mandrill tends to have small testes. (istock/dwphotos)

Male primates are highly competitive, especially about one thing: fathering offspring. To maximize their chances of passing on their genes, males of many primate species invest heavily in various sexual traits, such as a large body size, or long canines that can serve as weapons in direct contests over mates. What’s more, showy sexual ornaments such as manes, beards, fleshy swellings, and colorful skin patches can help them intimidate rivals and woo females. And if males can’t keep other males off their females, they will try to outcompete them at the level of sperm. By swamping the sperm of others, they can increase their chances of fertilization. But producing a lot of sperm requires large testicles.

All these male traits are energetically costly. So how do primates allocate their limited resources to the various sexual traits to maximize their reproductive success? This question is the focus of a new study by Stefan Lüpold, an evolutionary biologist at the University of Zurich (UZH), and his colleagues Leigh Simmons and Cyril Grueter from the University of Western Australia. These biologists compared the sexual traits of over 100 primate species, including humans. Individually, the expression of these traits increases with the intensity of male competition – as expected. But considering all traits jointly reveals an important trade-off: “Ornament elaboration comes at the expense of testicle size and sperm production. In a nutshell, the showiest males have the smallest testes,” says Lüpold.

The new study is the first to examine all sexual traits simultaneously. It has brought to light the subtleties of how male primates invest in maximizing their reproductive success: “Big testicles come with large weapons but less ornamentation.” The researchers offer various explanations for their findings. But one of the key points may be the energy required to develop and maintain multiple sexual traits throughout a male’s sexual maturity. “It’s hard to have it all,” says Lüpold.