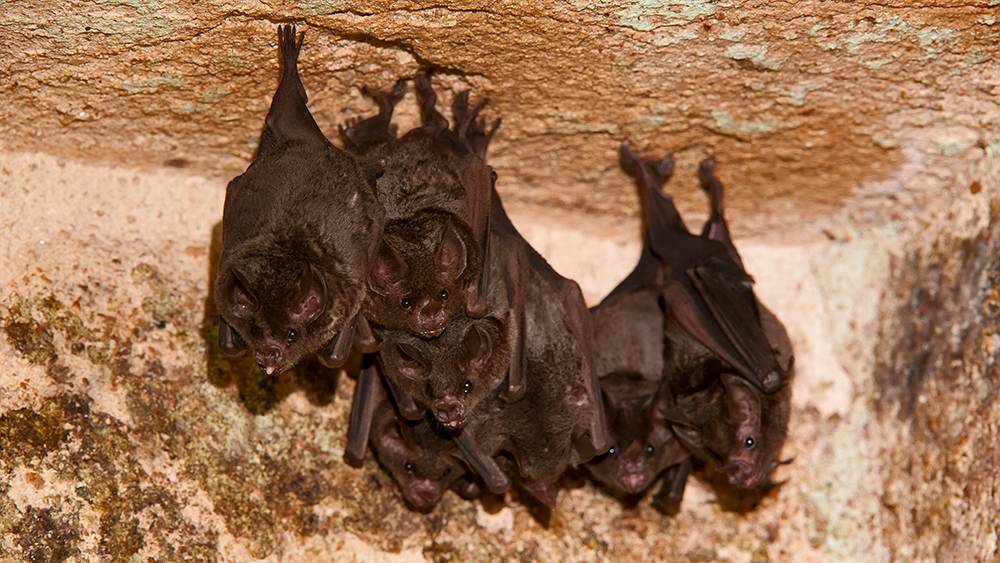 Bats have been the focus of virologists for a long time already as they carry many different kinds of viruses, including a new type of influenza virus. (Image: istock.com/Leonardo Prest Mercon Ro)

Seasonal outbreaks of the flu are caused by influenza viruses that can only infect people. Influenza types that circulate in birds or pigs are normally not a threat to humans. However, in rare cases an avian or pig virus can pass on to humans – a process called zoonotic transmission – which at worst can lead to a global influenza pandemic with numerous serious illnesses and deaths.

Bats as a reservoir for dangerous viruses

About six years ago, a new kind of influenza virus was discovered in bats in South America. The flying mammals have been the focus of virologists for a long time already. This is because they carry many different kinds of viruses, including lethal ones such as the Ebola virus. However, it has previously been unclear whether bat influenza viruses also present a threat to humans. An international research team led by the University of Zurich (UZH) has now discovered that these new influenza viruses have the potential to also infect humans and livestock.

Previously known influenza viruses bind to host cells via sialic acids. These groups of chemicals can be found on the surface of almost all human cells and in various animals. This is one of the reasons why influenza viruses can infect species that are very different from one another, such as ducks, chickens, pigs and humans. Unlike these viruses, the bat influenza viruses don’t bind to sialic acids, which is why several research teams all over the world started searching for the receptor through which they enter human cells.

Silke Stertz and her team at the Institute of Medical Virology at UZH have now been able to identify this “entry gate”. “The influenza viruses use MHC-II molecules to enter the host cell,” says the head of the study. These protein complexes are normally located on the surface of certain immune cells, and their role is to distinguish between the body’s own cells and structures and those that are foreign. A few other virus types also enter cells in this way.

Potential risk for humans and livestock

“What surprised us is that bat influenza viruses can not only use the MHC-II complexes of human cells, but also those of chickens, pigs, mice and several bat species,” explains UZH PhD candidate Umut Karakus, first author of the study. The influenza viruses of bats thus have the potential to infect both humans as well as livestock, at least at the level of entering cells. “Such an infection has not yet been observed. However, our findings show that the viruses generally have this zoonotic potential,” adds Silke Stertz. This is reason enough for the UZH virologist to continue researching the potentially dangerous viruses, not least since due to migration and travel the problem is not restricted to South America.