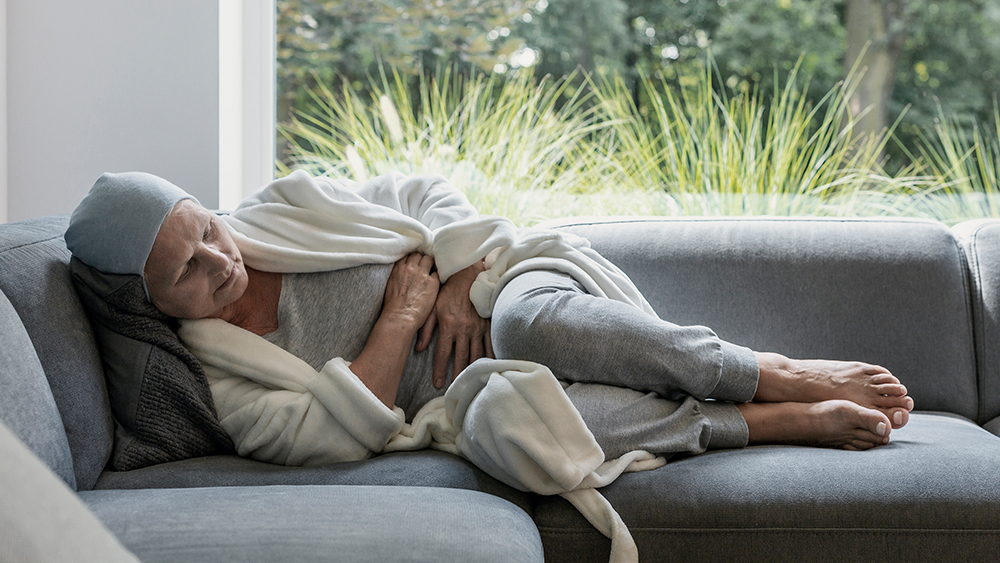 What distinguishes drugs that help to treat the side effects of chemotherapy and drugs that do not? (Image: istock.com/KatarzynaBialasiewicz)

Most cancer patients who have to undergo chemotherapy treatment worry about the associated side effects, especially nausea and vomiting. The cause of these unpleasant effects is a receptor in the brain which is normally activated by the neurokin 1 receptor. During chemotherapy, this receptor is greatly overstimulated. The same receptor also plays a central role in many other medical problems – such as migraine, perception of pain and pruritus (severe itching).

Ever since the receptor was discovered thirty years ago, teams around the world have worked on finding effective and lasting inhibitors. Until now, though, success was limited: While many compounds showed strong activity in the test tube, only very few of them worked in patients. There was no clear explanation as to why this was the case.

Three-dimensional analysis of the structures explains how they work

A team of researchers at the UZH Department of Biochemistry, led by Prof. Andreas Plückthun, has now managed to solve this mystery. They examined what the three-dimensional structure of the receptor looked like when two effective drugs – Emend™ (aprepitant) und Akynzeo™ (netupitant) – were used. They compared this with the use of an early compound that was only active in the test tube. “We could directly see how the effective drugs altered some parts of the receptor such that the drugs could not easily escape anymore,” explains PhD candidate Jendrik Schöppe, who carried out the structural analyses.  “The earlier compound fit just as well onto the receptor but could still quickly leave it.”

New solutions for other medical problems

This study helped the biochemists to exactly determine which chemical structures of the drugs enable a long-lasting attachment to the receptor and thus a durable effect. “This result provides important insights on how to make such highly potent compounds in the future,” says Plückthun. Until now, a multitude of other disorders influenced by this receptor (though other receptors also play a role), such as migraine, asthma and gastrointestinal disorders, as well as inflammation and depression, could not yet be tackled with efficient treatments. “The detailed understanding of the receptor structure and inhibition mechanism may now give this research a new boost,” hopes Plückthun.

A better understanding of the long-term effects

The researchers believe that their findings may also be useful in the search for compounds that could be effective on other receptors. The direct comparison of the different drugs binding to the same receptor also gives important clues about what general features define a long-acting clinically successful drug. “We could only find this out because we could directly see the structure in such high detail, and this in turn only became possible through the directed evolution and protein engineering methods we have developed over the last few years,” explains Andreas Plückthun. “This was a long-term investment that paid off.”

The team led by Andreas Plückthun at the Department of Biochemistry of the University of Zurich was funded by the Swiss National Science Foundation, and Christoph Klenk was supported by fellowships from the German Academy of Science (Leopoldina) and the European Union. The study also involved researchers from the British company Heptares and Heptares Therapeutics Zurich, which grew out of a UZH spin-off co-founded by Andreas Plückthun.