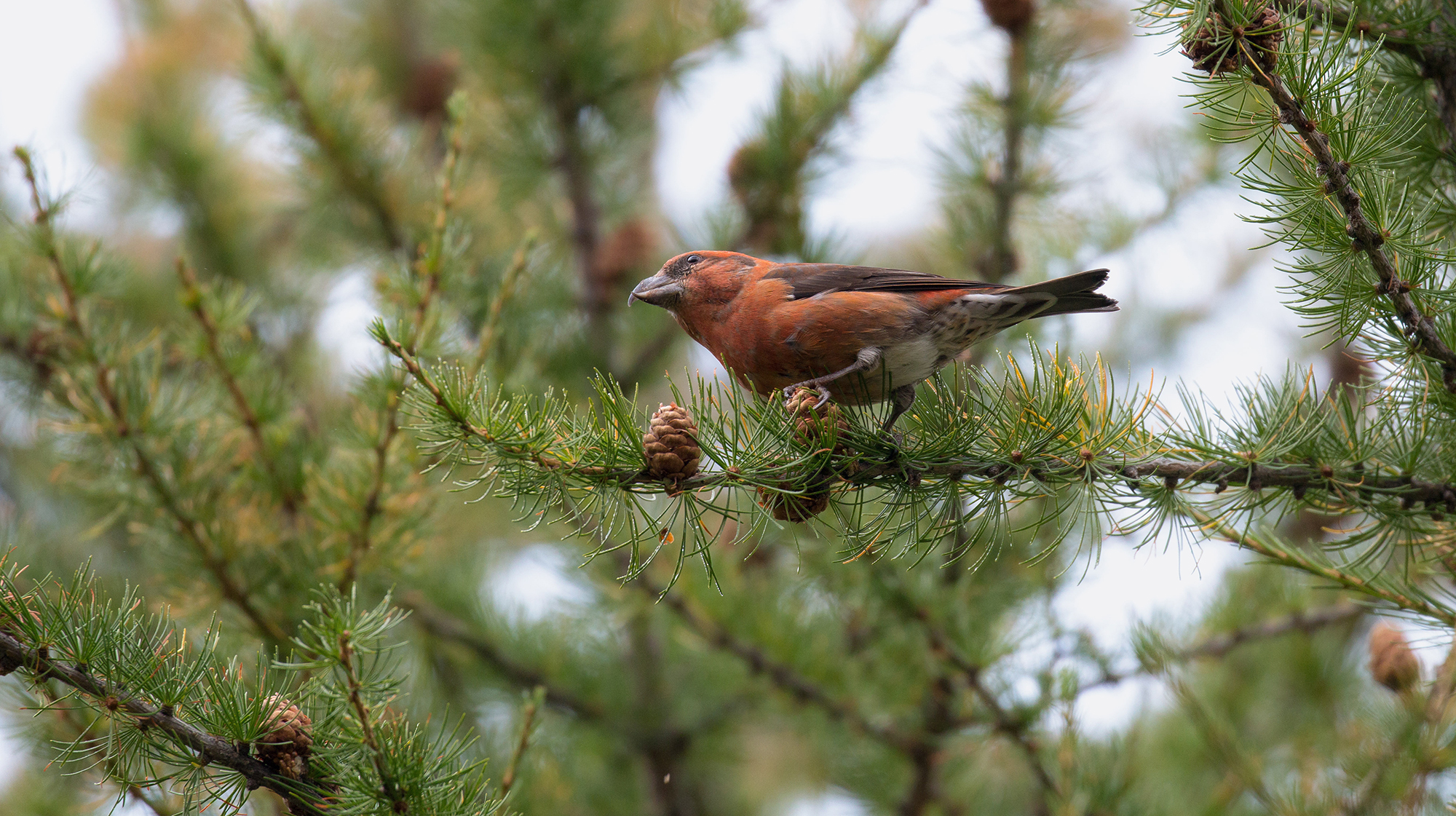 The crossbill is one of the most functionally distinctive species included in the study. (Valentin Graf)

Ecologists believe that global climate change has had a particularly strong impact on animals and plants living in alpine regions, with expected changes in the distribution, abundance and interaction of species. There is evidence that the habitats of some bird species in Switzerland – such as the tree pipit or the European pied flycatcher – have shifted to higher altitudes in the past two decades. However, the impact of these changes on the composition of bird communities was previously unknown.

A study by researchers from the Department of Evolutionary Biology and Environmental Studies at the University of Zurich and the Swiss Ornithological Institute (Vogelwarte) has now shed light on this issue. The study, which is based on two decades’ worth of data collected by volunteer ornithologists, reveals a downward trend. The researchers found that bird communities in the Swiss Alps are undergoing a process of biotic homogenization; in other words, birds living in this region are becoming less and less diverse.

One of the most obvious and simplest ways to measure the diversity of bird communities is by the number of species living in them. However, beyond species richness, the functional diversity of a certain community also provides valuable information. “Different species use resources and interact with the environment in different ways,” says first author Vicente García-Navas, a postdoctoral researcher at UZH.  “Not all species play the same role in an ecosystem. The loss of a given species can be more detrimental than that of several others.” Specialists such as some woodpecker species are particularly important. The holes that they make are used for nesting and as hiding places by other birds and small mammals.

To quantify this functional diversity of bird communities, García-Navas and his team compiled information on 100 traits characterizing, among other things, the body mass, diet and habitat of each species. This enabled the researchers to examine how the functional diversity of communities changes along the altitudinal gradient and to determine the trend over the past two decades.

High-altitude specialists on the edge

Their analyses suggest that the upper forest boundary represents a functional barrier between two distinct groups. One group comprises the lowlands dominated by agriculture landscape and high mountain forests, where species such as the yellowhammer, the common whitethroat and the blackcap live. The other is composed of alpine communities, whose species are adapted to life in the open habitats above the treeline. For example, these species eat fewer caterpillars and build their nests on the ground, such as the rock ptarmigan.

However, the data analyses revealed that functional diversity of Alpine bird communities has decreased over the past few years. “Our study shows that mountain specialists are under increasing risk of becoming misfits,” says co-author Arpat Ozgul, professor of ecology. The combined effects of habitat shrinkage, impossibility to find optimal habitats at higher elevations, and upward invasion by generalists are critical factors for these species.

The rise of generalist species

This increase in generalist species such as the robin or the European pied flycatcher might also be a reason for the downward trend in the level of variation, or beta diversity, among communities. The study also found that Alpine bird communities are becoming more and more redundant, with less variation.

“Overall, the study’s results suggest that the joint effect of global warming and land-use changes are boosting an impoverishment of bird communities in the Alps,” says García-Navas. This promotes shrub encroachment and is pushing the treeline upwards, which requires urgent conservation and management actions.