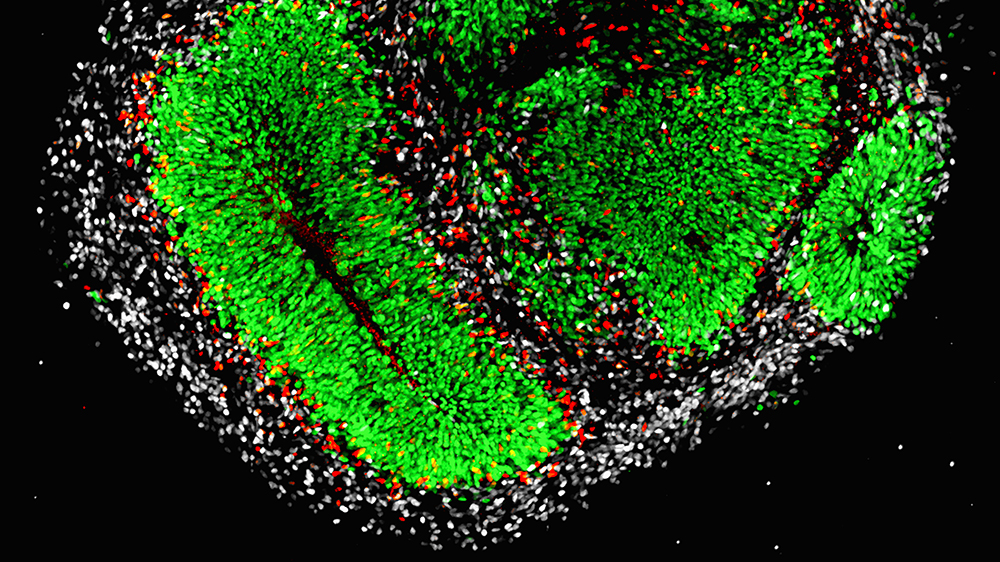 Neural stem cells are not only responsible for early brain development – they remain active for an entire lifetime. They divide and continually generate new nerve cells and enable the brain to constantly adapt to new demands. Various genetic mutations impede neural stem cell activity and thus lead to learning and memory deficits in the people affected. Very little has hitherto been known about the mechanisms responsible for this.

An international research team led by Sebastian Jessberger, professor at the Brain Research Institute at the University of Zurich (UZH), is now demonstrating for the first time that a lipid metabolism enzyme regulates the lifelong activity of brain stem cells, in a study published in Cell Stem Cell. This enzyme – known as fatty acid synthase (FASN) – is responsible for the formation of fatty acids. A specific mutation in the enzyme’s genetic information causes cognitive deficits in affected patients.

Headed by postdoc Megan Bowers and PhD candidates Tong Liang and Daniel Gonzalez-Bohorquez, the researchers studied the genetic change of FASN in the mouse model as well as in human cerebral organoids – organ-like cell cultures of the brain that are formed from human embryonic stem cells. “This approach allows us to analyze the effects of the defective enzyme in the brains of adult mice and during early human brain development in parallel,” explains Jessberger. The research involved altering the genetic information of both the mice and the human organoids experimentally so that the lipid metabolism enzyme exhibited the exact mutation that had been found in people with cognitive deficits.

The FASN mutation led to reduced division of stem cells, which constantly generate new nerve cells, both in mice and in human tissue. The hyperactivity of the mutated enzyme is responsible for this, since fats accumulate inside the cell, putting the stem cells under stress and reducing their ability to divide. Similar to cognitive deficits found in affected people, mice also displayed learning and memory deficits due to the mutation. “Our results provide evidence of the functional correlation between lipid metabolism, stem cell activity and cognitive performance,” says Jessberger.

The mechanism now identified shows how lipid metabolism regulates neuronal stem cells activity and thus influences brain development. “The new discoveries regarding learning and memory deficits in people were only made possible by linking our research on animal models and in human cells,” stresses Jessberger. According to the research scientists, their methodology provides a “blueprint” for conducting detailed research into the activity of brain stem cells and their role in cognitive processes, and therefore for achieving a better understanding of poorly understood diseases.

Stem cells as a therapeutic objective for brain diseases

“In addition, we hope that it will be possible to control stem cell activity therapeutically to use them for brain repair – for example for the future treatment of cognitive disorders or in association with diseases that involve the death of nerve cells, such as Parkinson's disease or Alzheimer's disease,” says Sebastian Jessberger.