(jpg, 3.53 MB) Thanks to the climbing technique, the collector has his hands free to open a bees' nest at height. (Image: Archiv Bernd Fischermann o. J.)

(jpg, 6.40 MB) The women carried their family belongings on their backs with the help of headbands in large round pockets. (Image: Kathrin Leuenberger © Völkerkundemuseum der Universität Zürich)

(jpg, 5.82 MB) The diamond-shaped pattern identifies the bag as belonging to the Chiquenone clan. It was used by men to transport their tools, pipes, lighters or honey harvesting tools. (Image: Kathrin Leuenberger © Völkerkundemuseum der Universität Zürich) 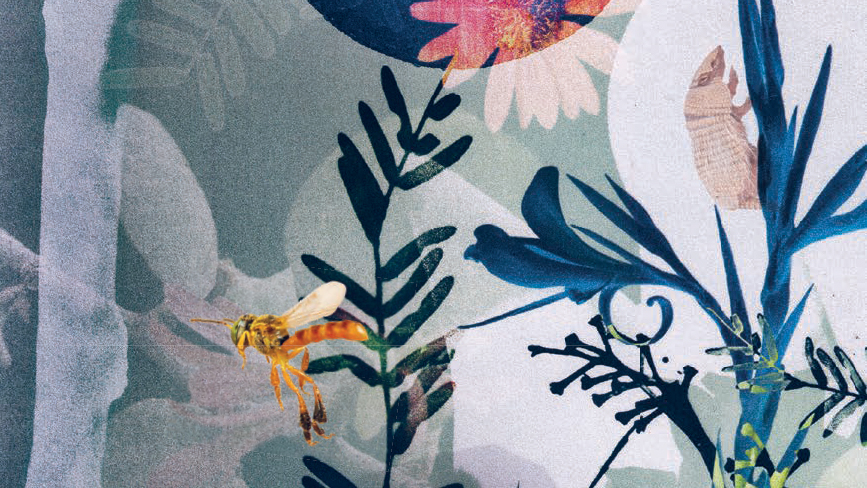 As nomadic hunters, the Ayoréode lived in the largely inaccessible dry forests and thornbush savannas of the northern Gran Chaco in the border regions of Bolivia and Paraguay. From the 1940s onwards, the Ayoréode – which means "human" in their language – came under increasing pressure. The Gran Chaco woodland area has suffered the fastest deforestation seen anywhere in the world. The region has been invaded by missionaries, settlers and large corporations in the agricultural and extractive industries. Over time, individual Ayoréode groups left the forests and joined the settled populations.

This process led to encounters between hugely different life designs and interests. What did these nomadic hunters imagine settled life to be like? How did the Ayoréode adapt to the unavoidable changes in their customary way of life? Was their nomadic knowledge useful to them in their new surroundings?

Bees at the heart of knowledge

The exhibition “Without honey you have nothing to eat – The bee knowledge of the Ayoréode of Gran Chaco, South America” in the Ethnographic Museum of Zurich addresses these questions. Examining a period of societal transformation from nomadic to settled life, the exhibition focuses on the Ayoréode’s knowledge of bees. The honey of wild bee colonies served as a staple food in the Ayoréode’s mobile life. Bees and honey were at the heart of their knowledge system and were tightly interwoven with their tangible and intangible culture.

The Ayoréode passed their knowledge on orally and expressed it in a variety of objects. Their craftsmanship and extensive expertise concerning their environment are reflected in artifacts made of wood, plant fiber and feathers. Myths and songs served to pass on knowledge, with every change representing an updating of their current insights.

Objects as proof of skill

The exhibition in Zurich includes objects relating to apiculture, transportation, the temporary inhabitation of places and food preparation. Vessels for mobile storage, weapons and tools, objects for medical and healing purposes, articles for music making, sports and games as well as jewelry and clothing also feature. “It’s amazing how masterful the Ayoréode were at reducing their objects – with regard to selection, number and size – as well as their clear focus on multifunctionality,” explains Maike Powroznik, curator of the exhibition. The Ayoréode set up a new camp almost every day and organized new places for sleeping and dwelling. The women transported the material family property in large bags. These bags not only demonstrated their manual skills but also the carrier's social position. By working clan symbols into the textile structure, the connection to a specific clan as well as the status and relationships of the clan were rendered visible to all.

The exhibits stem from collections of the BASA Museum of Bonn University, with whom the Ethnographic Museum of Zurich maintains close research ties. While the objects bear witness to the Ayoréode's nomadic existence, many remained in use during settled life. New bags, in particular, continued to be produced to provide an income – having settled, the Ayoréode suddenly needed money to buy the food that had been freely available in the forest. Most of the objects were gathered together by three collectors and ethnologists. From 1955 to 1971, Heinz Kelm, Bernd Fischermann and Ulf Lind spent time with the Ayoréode when they started to settle near mission stations. 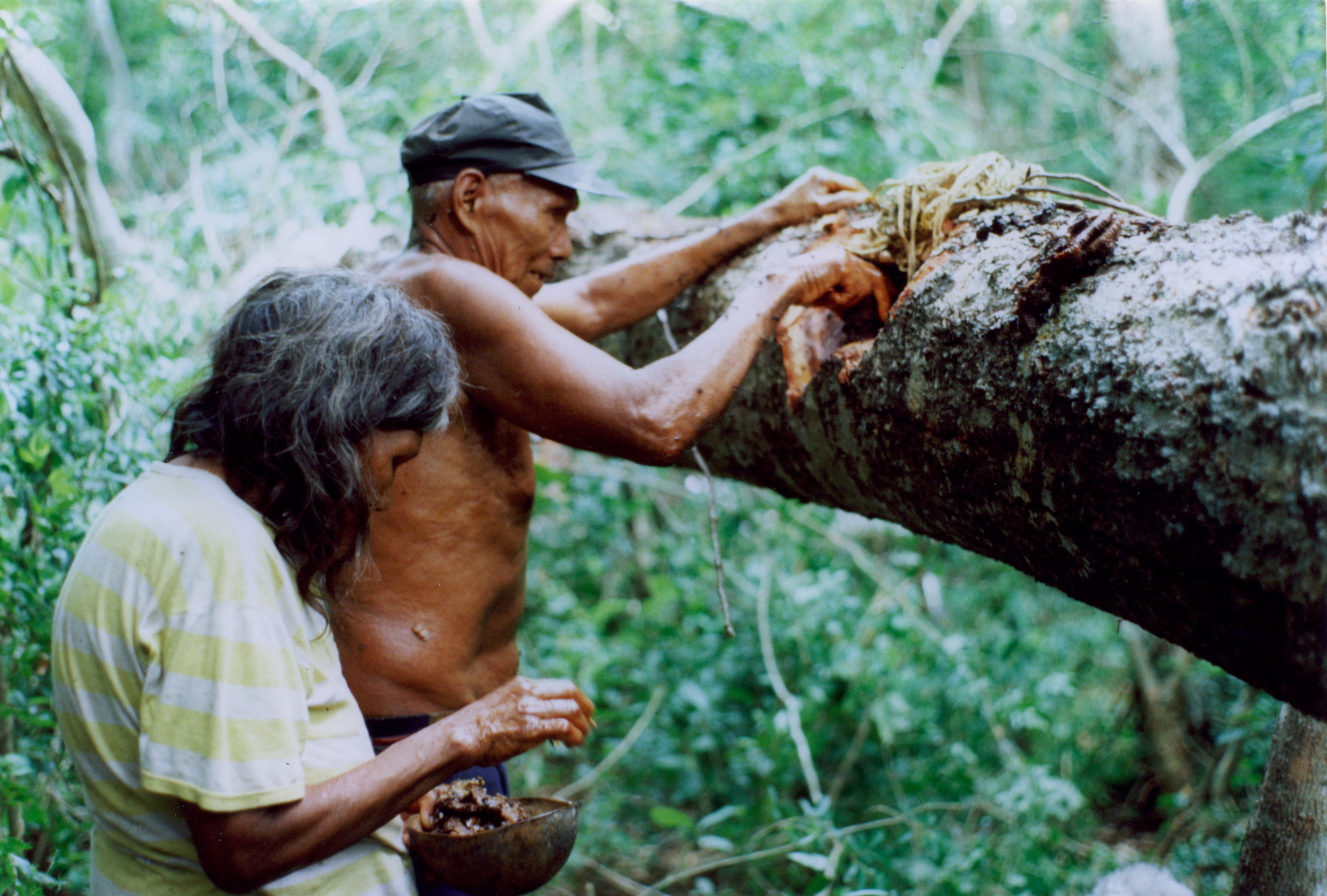 Neither arrived nor accepted

“The encounters between Ayoréode and missionaries or NGOs reveal that they were rarely treated as modern contemporaries with their own considered view of the world. They weren’t seen as experts on a huge ecosystem, instead they were considered backward,” says Powroznik. Even today, the fundamental mutual incomprehension remains palpable, according to Powroznik. The Ayoréode have neither truly arrived among the settled populations nor are they accepted by them.

In 1948, the eight-year-old Ayoréi Comai Chiqueno was among the first to settle in a missionary outpost. His reflections in 2006 speak of resignation: “I say, in our previous life there were neither lies nor egotism; there were fewer problems because people lived healthily in their mind, soul and body. Today people are broken, their way of life and health are destroyed; their current life is pointless. Before, in the forest, there were rarely any disputes or quarrels between us. Today one family quarrels with another. In civilized society there is beer, singani – distilled liquor –, cigars and cocoa leaves. These vices destroy your brain.”

The interview with Comai Chiqueno was contributed by Henriette Stierlin, ideas provider and guest curator of the exhibition. In January this year, she met with Comai Chiqueno’s son Jaime Comai, who supports the project and provided additional material. It was important to both curators that indigenous voices – especially that of Comai Chiqueno – were included in the exhibition. The aim is for the Ayoréode's own thoughts and reflections to provide the largely European visitors with an understanding of the indigenous perspective.

"Without honey you have nothing to eat – The bee knowledge of the Ayoréode of Gran Chaco, South America