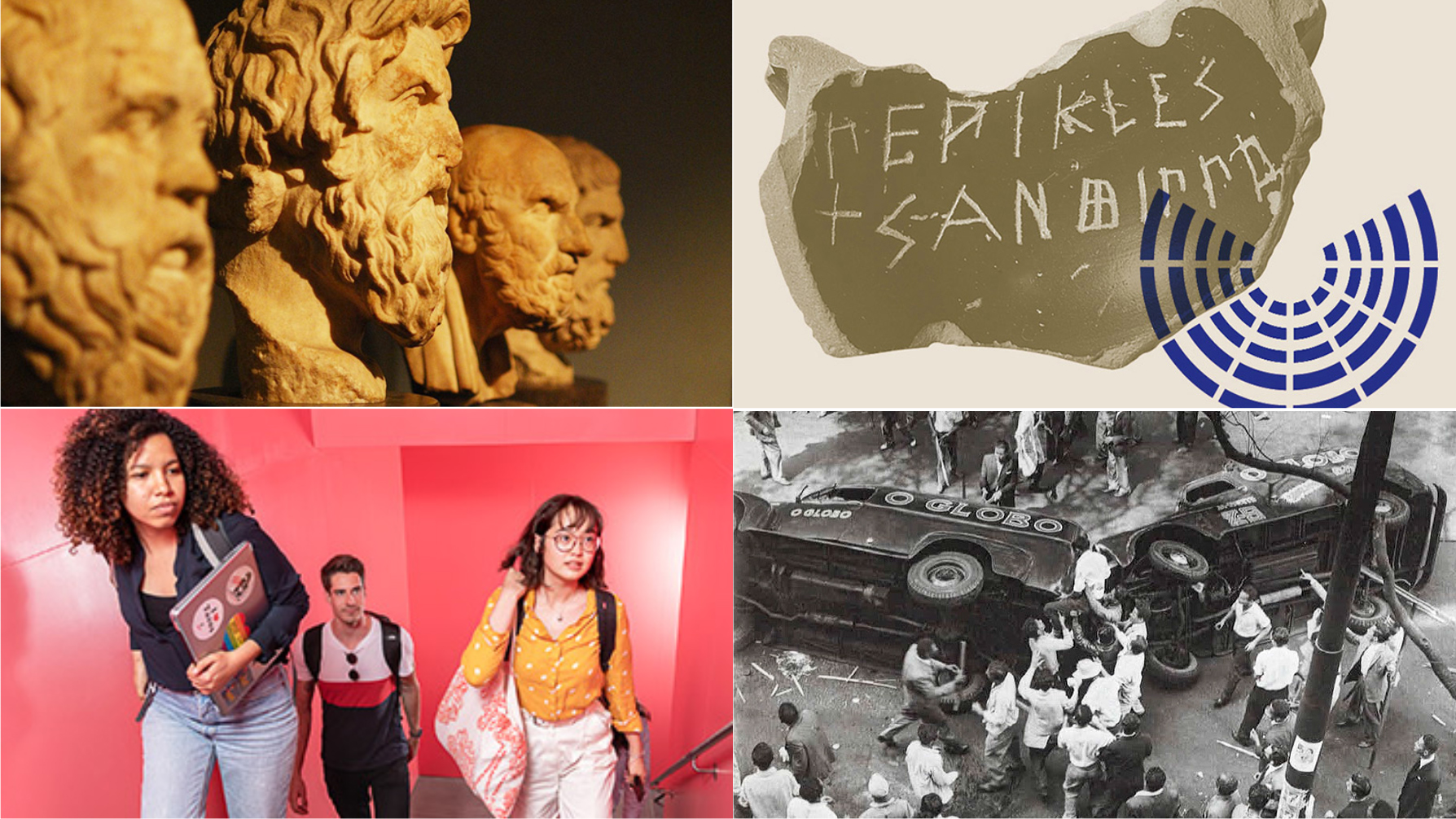 Researchers and guests reflect on their thoughts on philosophy, populism, educational opportunities and violence in the UZH lectures.

This Spring Semester, researchers from UZH and elsewhere will explore a variety of relevant topics from different angles. In this series of public lectures, experts shed light on the causes of some of society’s issues and also give an outlook for the future.

Philosophy turns the spotlight on itself and asks, “What is philosophy?” What is the aim of philosophy and where does it end? The lectures, which have been organized by students, concern themselves with why there are so many different, often conflicting, answers to most philosophical questions. The lectures make a point of juxtaposing Western academic traditions with other schools of thought and academic arenas, including perspectives from Indian and Arabic philosophical traditions as well as from naturalism, psychoanalytic theory and psychology.

What exactly is populism? The word is currently an indispensable part of the political discourse on right-wing populism, but actually dates back to antiquity. From the first forms of democracy in the Greek city-states to Brexit as the “will of the people” and the steep rise of financial oligarchy: The lectures connect the enduringly up-to-date topics of democracy, demagogy and populism with recent developments in political science, law and communication studies.

Equal opportunities in the education system?

Does every person – regardless of their background, gender and ethnicity – have the same chances in our education system? The Institute of Sociology and the Student Financial Aid Office will explore this question to mark its 20-year anniversary, shedding light on social, biographical and institutional factors, presenting and challenging examples of inequality, and suggesting possible improvements. The lectures focus on topics such as the winner-take-all society, poverty and education, intergenerational family solidarity, grants policies, and parents’ duty to support their children.

Violence in literature, history and law

How are violence, state and power related to each other – and how does this complex relationship manifest itself literature, history and law? Is violence a language itself or does it reveal a lack of language? This lecture series aims to analyze the origins and the effects of violence in Europe, Africa and Latin America by looking at examples of political instability, terrorism, modern-day slavery and social unrest. Some of the specific topics include postcolonial African rap, environmental violence in the Amazon rainforest, and the back and forth of contemporary political violence. All lectures of this Ringvorlesung series will be held in English.

Democracy, Demagogy and Populism in Antiquity and Today
Tuesday, 6:15 to 8:00pm, from 18 February to 2 June 2020
University of Zurich, City Campus, Rämistrasse 69, 8006 Zurich; lecture hall: SOC-1-106 (except on 18 February and 12 May)
Organizer: Zurich Center for the Study of the Ancient World
Program

Regarding Violence. Perspectives in Literature, History and Law
Thursday, 6:15 to 7:45pm, from 20 February to 14 May 2020
University of Zurich, City Campus, Karl-Schmid-Strasse 4, 8006 Zurich; lecture hall: KO2-F-150
Organizer: Institute of Romance Studies, Faculty of Law, English Department of the University of Zurich
Program