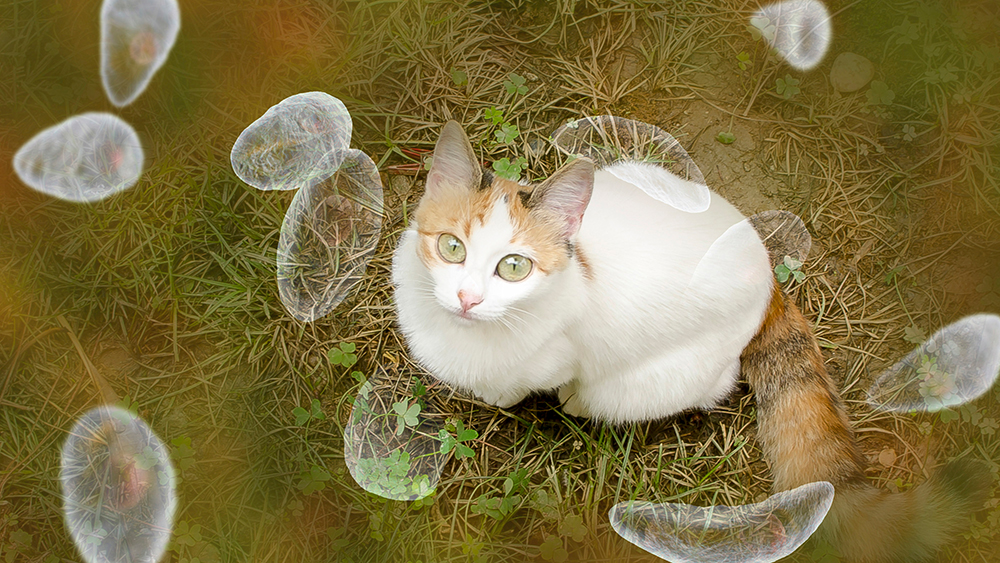 The parasite is introduced into humans exclusively via cats. (Picture: Istock.com/Dr_Microbe)

Around a third of the world’s population carries Toxoplasma gondii, a parasite that puts people with a weakened immune system at risk and can trigger malformations in the womb. The single-celled pathogen also leads to economic losses in agriculture, with toxoplasmosis increasing the risk of abortion among sheep, for example.

The parasite has a complex life cycle and infests virtually all warm-blooded creatures, including wild rodents and birds. It is introduced into livestock, and thus into humans, exclusively via cats. Only in this main host infectious stages form that are shed with the feces into the environment as encapsulated oocysts and from there enter the food chain.

“If we succeed in preventing the production of these oocysts, we can reduce the occurrence of toxoplasmosis among humans and animals,” says Adrian Hehl, professor of parasitology and Vice Dean of Research and Academic Career Development at the University of Zurich’s Vetsuisse Faculty. He and his research group have developed methods making an intervention of this sort possible.

In earlier research, the team already identified various genes that are responsible for the formation of oocysts. This has enabled them to develop a live vaccine for toxoplasmosis: the researchers can use the CRISPR-Cas9 gene editing scissors to switch off these essential genes and infect or inoculate cats with the modified parasites. These pathogens do not produce infectious oocysts, but still protect cats from natural infection with Toxoplasma in the wild.

To make the sterile parasites, the researchers used the CRISPR-Cas9 gene editing scissors. While this enables precise modifications to the genetic material, depending on the protocol the method generally used can also have disadvantages. Errors and unintended genetic alterations can creep in. Now the research group around Hehl reports that in Toxoplasma, such unwanted side-effects can be avoided using a modified technique.

For CRISPR-Cas9 gene editing, scientists usually insert a ring-shaped piece of DNA, a so-called plasmid, into the cell. This contains all the information necessary to create the gene scissors and the elements that recognize the desired place in the genetic material. The cell thus produces all the components of the gene scissors itself. Afterwards, however, the plasmid remains in the cell and can trigger additional, unplanned genetic changes. 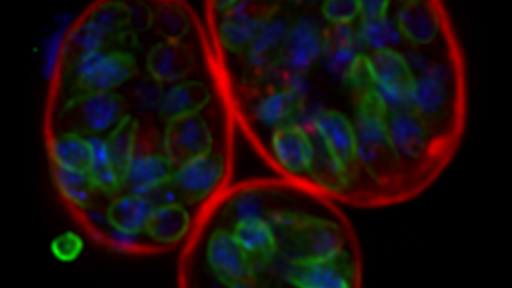 Three cysts as found in the brain of chronically infected animals and humans. (Picture: UZH)

Gene scissors disappear without a trace

The method used by the Zurich team works differently. The researchers assemble the preprogrammed gene scissors outside the cell and then implant them directly into the parasites. After the genetic material has been manipulated, the components are very rapidly broken down completely, with only the desired edit remaining.

“Our approach isn’t just quicker, cheaper and more efficient than conventional methods. It also enables the genomic sequence to be altered without leaving traces in the cell,” explains Hehl. “This means we can now manufacture experimental live vaccines without plasmids or building in resistance genes.”

Given these results, Hehl questions the federal government’s plans to make CRISPR-Cas9 genome editing subject to the existing law on genetic engineering (and the moratorium, which has been extended to 2025): “Our method is good example of how this new technology differs from conventional approaches to genetic engineering.” He says that it is now possible to inactivate a gene without leaving unwanted traces in the genetic material, in a way which is indistinguishable from naturally occurring mutations. Unlike many other controversial applications of genetic engineering, this procedure does not affect the production of food either, and thus does not constitute a direct intervention in the food chain.