(JPG, 10.13 MB) The clones were exposed to virus attacks under natural conditions at four locations in the Åland archipelago in the Baltic Sea. (Image: Mikko Jalo) 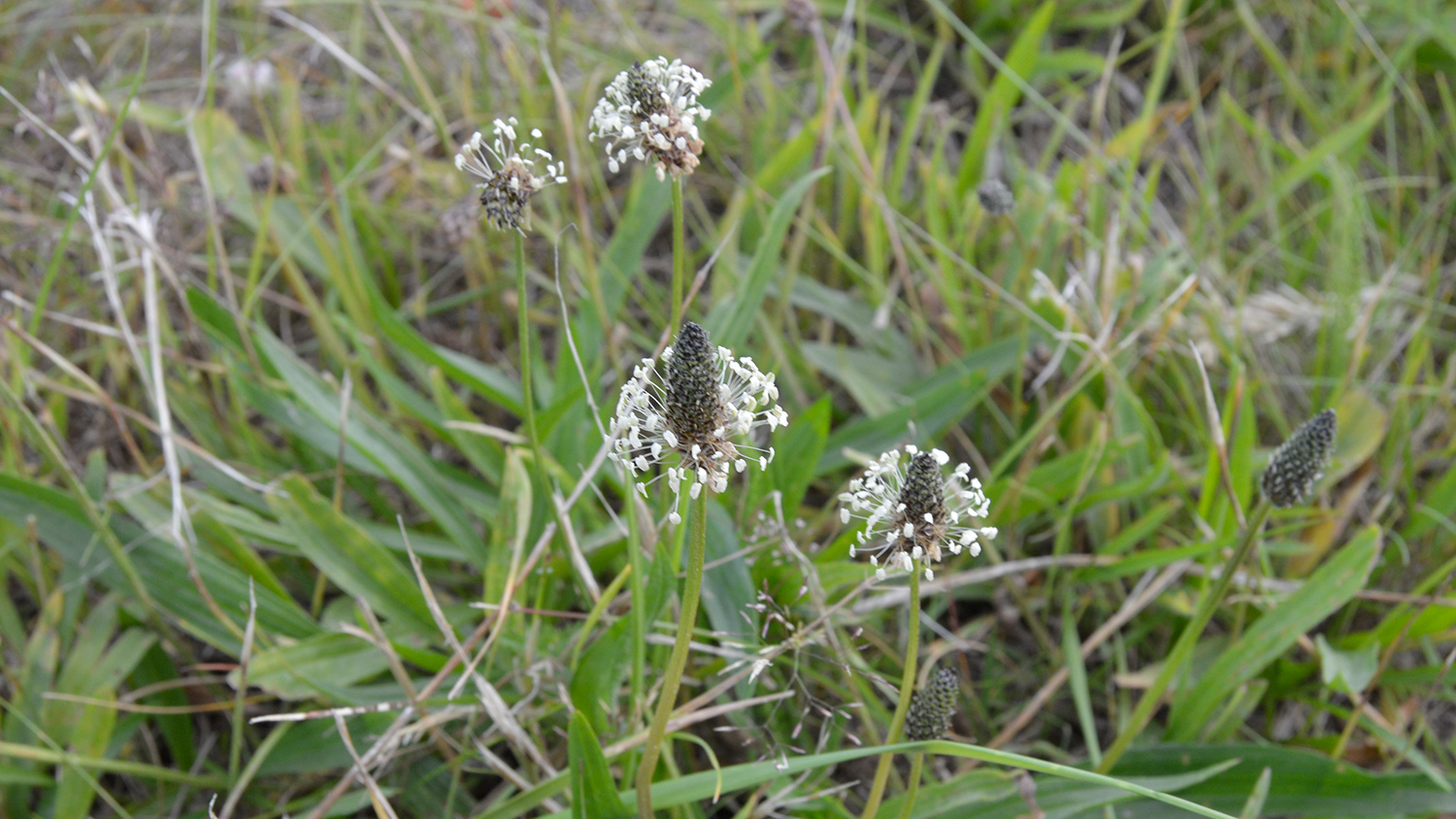 For their study, the team used ribwort plantain. Individuals of this plant can be cloned by propagation of the roots – resulting in genetically identical offspring. (Bild: Mikko Immonen)

Viruses are ubiquitous across the plant and animal kingdoms – but most of them are still unknown to science. Researchers have only recently developed improved analysis techniques and statistical tools to tackle one of the key questions: Why are some individuals more susceptible to viruses, while others remain unharmed?

Combination of pathogens is important

It is already known that genetic differences can make animals or plants more resistant to a specific virus. However, it is becoming increasingly clear that most organisms do not only harbor one kind of pathogen but complex communities made up of different microbes. “Accounting for this diversity of infection is necessary to understand and predict disease dynamics and costs of infection for the host,” says Professor Anna-Liisa Laine from the Department of Evolutionary Biology and Environmental Studies at the University of Zurich. For example, the first arriving pathogen could confer resistance to a second pathogen. But so far, little is known about the factors that shape the composition of virus communities.

With her research team at the Universities of Zurich and Helsinki, Laine has now shown that genetic differences have a major impact on the diversity of the virus community each individual supports. “This suggests that depletion of genetic diversity within a species can have significant consequences for the risk of virus infection,” says Laine.

For their study, the team used the common weed Plantago lanceolata, also known as ribwort plantain. Individuals of this plant can be cloned by propagation of the roots – resulting in genetically identical offspring. With this method, the researchers generated 80 clones from each of four different genetic variants of ribwort plantain and placed them among populations of naturally occurring ribwort plantain at four locations in the Åland archipelago in the Baltic Sea. The cloned plants were thus exposed to virus attacks under natural conditions. “By placing identical plants in different environments and keeping everything else constant, we could rigorously test the role of genetics,” explains Laine.

After two and seven weeks respectively, the researchers collected leaves and determined which of five frequently occurring plant viruses had infected the clones. They found that about two thirds of the plants were infected with at least one virus, while almost a quarter of those carried multiple viruses. Altogether, they found 17 different combinations, ranging from two to five viruses per plant.

Sophisticated statistical modelling then allowed the researchers to discern how strongly the various factors − genetics, location, plant size, damage by herbivores and interaction among the viruses – influenced the composition of the virus communities. The results revealed that host genetic differences explained most of the observed variation. “Although we had suspected that genotype would play a role, we were very surprised that it turned out to be the most important determinant,” says Laine. Another important factor was the local environment, whereas others such as plant size and herbivores showed only minor effects.

“This demonstrates for the first time that genetic differences, most likely in immunity genes, are critical for how these diverse pathogen communities assemble inside hosts,” says Laine. “One of the next steps will now be the identification of the underlying genes.”

The results highlight the importance of genetic diversity within species. The loss of diversity makes species much more susceptible to virus infections, with far-reaching consequences for biodiversity. The genetic diversity of natural populations is already being increasingly depleted due to human destruction of natural habitats.

According to Laine, these findings could also be applied in agriculture to improve pathogen resistance in crop plants: “Incorporating genetic diversity to crop systems should be embraced as a sustainable means of controlling disease in agriculture. Not only individual pests, but entire communities of pathogens.”

This research is supported by European Research Council (ERC) funding awarded to Laine to investigate how host resistance functions and evolves under diverse virus attack.