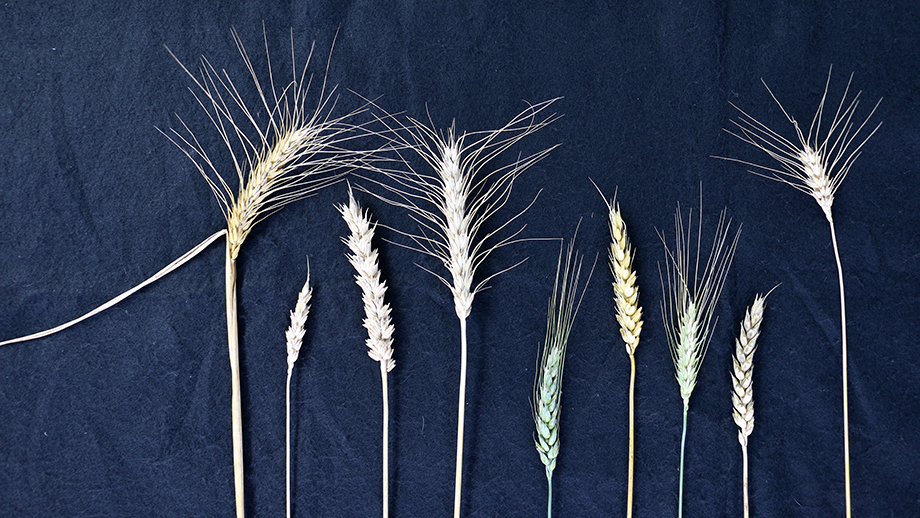 A variety of bread wheat that flourishes across Switzerland would remain just a poorly growing grass in India. This ability to adapt to regional climate conditions and environmental factors makes bread wheat the most commonly grown crop around the world. Its cultivation dates back around 8,000 years. Over time, more than 560,000 different varieties have developed. Seeds of each variety are stored in international seed vaults. Until now, however, the genetic factors responsible for the diversity and adaptability of wheat were largely unknown.

Previously, the only bread wheat genome to have been decoded was from an old Chinese landrace. It has served as a model plant in research for many years, but differs greatly from the properties of more modern wheat varieties used in agriculture.

Now an international consortium led by University of Saskatchewan wheat breeder Curtis Pozniak and involving more than 100 researchers from nine countries – including plant and evolutionary biologists from the University of Zurich (UZH) – has completely sequenced the genomes of 10 wheat varieties from North America, Asia, Australia and Europe. “The 10 varieties represent a significant portion of the worldwide variety of wheats. The genome data, which are freely available to all interested parties, constitute an important resource for humanity,” says Beat Keller, professor at the UZH Department of Plant and Microbial Biology.

With around 100,000 genes on 21 chromosomes, the wheat genome is approximately five times larger than the human genome. Like other kinds of grains, the modern common wheat has a multiple set of chromosomes that came about through hybridization and combining of three different parent plants. “We were able to find numerous differences in the genome structure of the investigated wheat varieties. They differ in particular through large chromosome fragments which at some time in the past were cross-hybridized by wild grasses,” adds UZH researcher Thomas Wicker, one of the corresponding authors of the study. While some of these fragments were transferred through targeted cultivation, the source of most fragments is still unknown.

If chromosome fragments from wild grasses are crossed with wheat, the species boundary has been crossed. According to the researchers, this process is a significant biological factor behind the diversity and adaptability of wheat. This is exemplified by the large differences in the type and number of immune receptors they discovered in the genome sequences. “This variability shows that the different varieties have adapted to the regionally varying plant diseases, such as viruses and fungi, or pests, such as insects,” says Wicker.

According to Kentaro Shimizu, UZH professor at the Department of Evolutionary Biology and Environmental Studies, triple chromosome sets of bread wheat gives it another evolutionary advantage: “Single genes can change while other copies of the same gene retain their original function. The plant then has a greater repertoire of possibilities for adaptation.” Alongside the discovery of the genes for particular quality features and resistances, which are of agronomic significance – exemplified by the Japanese cultivar Norin 61 in an additional publication of the UZH researchers –, the “10+ Wheat Genome Project” also enables a more targeted cultivation of specific wheat varieties, which will help that the rising worldwide demand can be met in the future.

The Swiss wheat variety “ArinaLrFor” was among the 10 decoded wheat genomes. The project was financed by the Federal Office for Agriculture, UZH and organizations and firms in the area of wheat cultivation, wheat production, and the baking industry. The Japanese wheat variety “Norin 61” was decoded by researchers from UZH in collaboration with the Japan Science and Technology Agency.