Institute of Asian and Oriental Studies 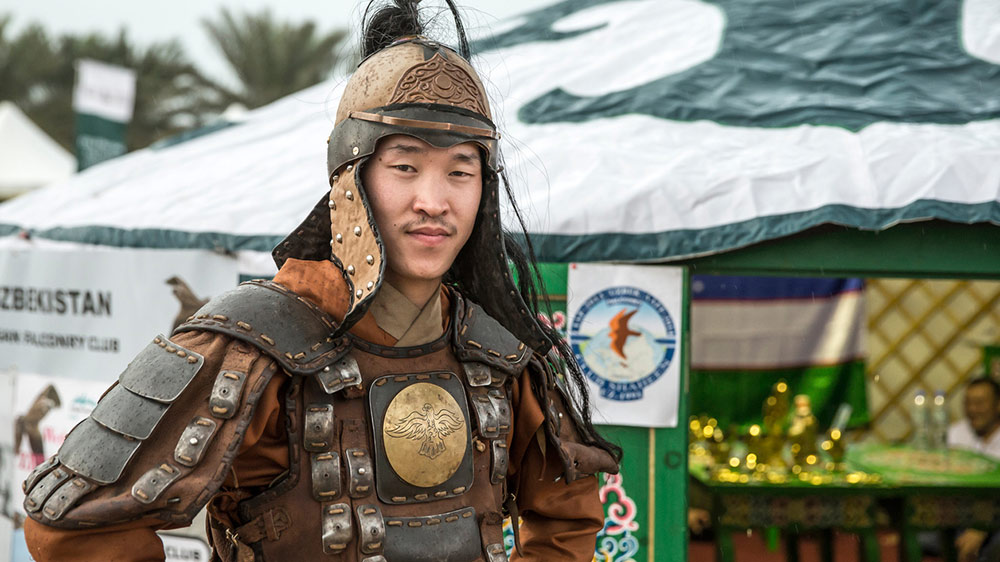 2700 years ago, the Neo-Assyrian fighters probably looked similar to how Mongol warriors look today at a festival. (Image: istock.com/katiekk2)

In 2013, a nearly complete leather scale armor was found in the tomb of an approx. 30-year-old male near the modern-day city of Turfan in Northwest China. This unprecedented find, which survived the millennia thanks to the area’s extremely arid climate, provided the international team led by Patrick Wertmann from the Institute of Asian and Oriental Studies of the University of Zurich with new insights on the spread of military technology during the first millennium BCE.

Scale armors protect the vital organs of fighters like an extra layer of skin without restricting their mobility. The armors were made of small shield-shaped plates arranged in horizontal rows and sewn onto a backing. Due to the costly materials and laborious manufacturing process, armors were very precious, and wearing them was considered a privilege of the elite. It was rare for them to be buried with the owner. However, the emergence of powerful states with large armies in the ancient world led to the development of less precious but nevertheless effective armors made of leather, bronze or iron for ordinary soldiers.

The researchers used radiocarbon dating to determine the age of the armor to between 786 and 543 BCE. It was originally made of about 5,444 smaller scales and 140 larger scales, which together with leather laces and lining weighed between 4 and 5kg. The armor resembles a waistcoat that protects the front of the torso, hips, the sides and the lower back of the body. It can be put on quickly without the help of another person and fits people of different statures.

“The armor was professionally produced in large numbers,” says Patrick Wertmann. With the increasing use of chariots in Middle Eastern warfare, a special armor for horsemen was developed from the 9th century BCE. These armors later became part of the standardized equipment of military forces of the Neo-Assyrian Empire, which extended from parts of present-day Iraq to Iran, Syria, Turkey and Egypt. 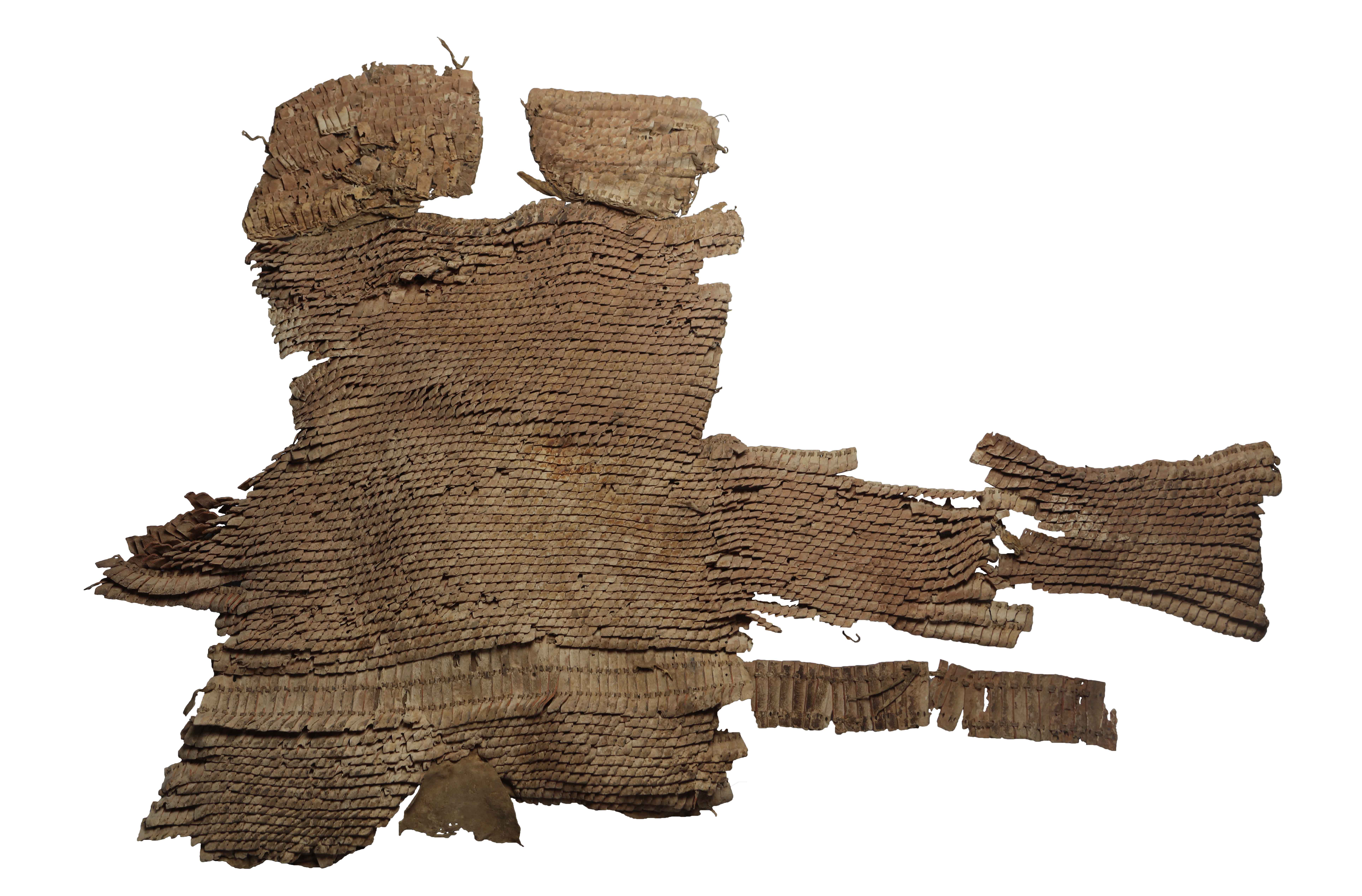 The ancient leather shed armour could be dated to the period between 786 and 543 BC. (Image: D.L. Xu, P. Wertmann, M. Yibulayinmu)

While there is no direct parallel to the 2,700-year-old armor in the whole of Northwest China, there are some stylistic and functional similarities to a second contemporary armor of unknown origin held by the Metropolitan Museum of Art in New York (the Met). It is possible that the two armors were intended as outfits for distinct units of the same army, i.e. the Yanghai armor for cavalry and the armor in the Met for infantry.

It is unclear whether the Yanghai armor belonged to a foreign soldier working for the Assyrian forces who brought it back home with him, or whether the armor was captured from someone else who had been to the region. “Even though we can’t trace the exact path of the scale armor from Assyria to Northwest China, the find is one of the rare actual proofs of West-East technology transfer across the Eurasian continent during the early first millennium BCE,” says Wertmann.

The study is part of the research project “Sino-Indo-Iranica rediviva – Early Eurasian migratory terms in Chinese and their cultural implications” of the Institute of Asian and Oriental Studies at the University of Zurich. Funded by the Swiss National Science Foundation (SNSF), the project uses linguistic, historical and archaeological data to investigate the earliest exchange of material goods between Central Asia and China. Researchers from the University of Zurich, the Academia Turfanica, the Russian Academy of Sciences, the LVR-LandesMuseum Bonn, Freie Universität Berlin, the Metropolitan Museum of Art (New York) and the German Archaeological Institute were involved in the study.
https://www.uzh.ch/cmsssl/aoi/de/sinologie/forschung/rediviva.html