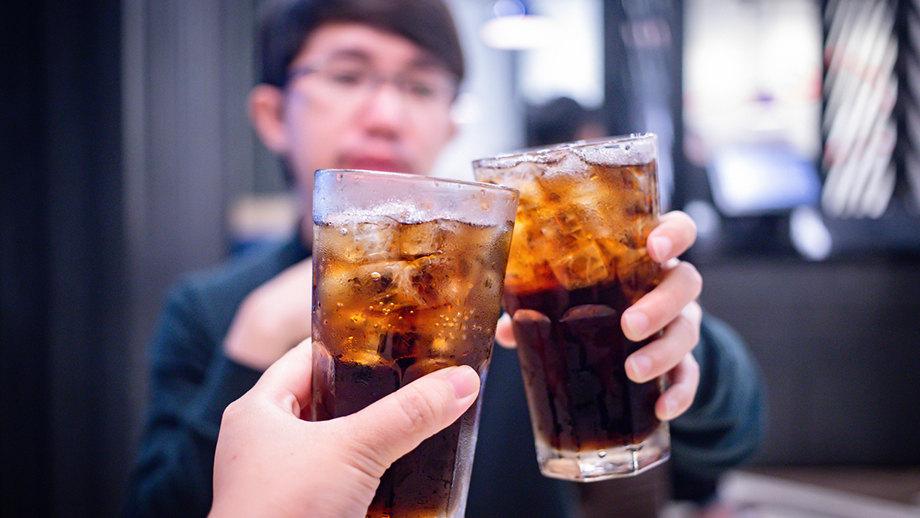 Soft drinks
Soft drinks with lots of sugar boost fat production in the liver – not just in the short term, but for a longer period. (Image: istock.com/Sirapat)

Sugar is added to many common foodstuffs, and people in Switzerland consume more than 100 grams of it every day. The high calorie content of sugar causes excessive weight and obesity, and the associated diseases. But does too much sugar have any other harmful effects if consumed regularly? And if so, which sugars in particular?

Researchers at the University of Zurich (UZH) and the University Hospital Zurich (USZ) have been investigating these questions. Compared to previous studies, which mainly examined the consumption of very high amounts of sugar, their results show that even moderate amounts lead to a change in the metabolism of test participants. “Eighty grams of sugar daily, which is equivalent to about 0,8 liters of a normal soft drink, boosts fat production in the liver. And the overactive fat production continues for a longer period of time, even if no more sugar is consumed,” says study leader Philipp Gerber of the Department of Endocrinology, Diabetology and Clinical Nutrition.

Ninety-four healthy young men took part in the study. Every day for a period of seven weeks, they consumed a drink sweetened with different types of sugar, while the control group did not. The drinks contained either fructose, glucose or sucrose (table sugar which is a combination of fructose and glucose). The researchers then used tracers (labeled substances that can be traced as they move through the body) to analyze the effect of the sugary drinks on the lipid metabolism.

Overall, the participants did not consume more calories than before the study, as the sugary drink increased satiety and they therefore reduced their calorie intake from other sources. Nevertheless, the researchers observed that fructose has a negative effect: “The body’s own fat production in the liver was twice as high in the fructose group as in the glucose group or the control group – and this was still the case more than twelve hours after the last meal or sugar consumption,” says Gerber. Particularly surprising was that the sugar we most commonly consume, sucrose, boosted fat synthesis slightly more than the same amount of fructose. Until now, it was thought that fructose was most likely to cause such changes.

Increased fat production in the liver is a significant first step in the development of common diseases such as fatty liver and type-2 diabetes. From a health perspective, the World Health Organization recommends limiting daily sugar consumption to around 50 grams or, even better, 25 grams. “But we are far off that mark in Switzerland,” says Philipp Gerber. “Our results are a critical step in researching the harmful effects of added sugars and will be very significant for future dietary recommendations.”