Zoological and Paleontological Museum of the University of Zurich 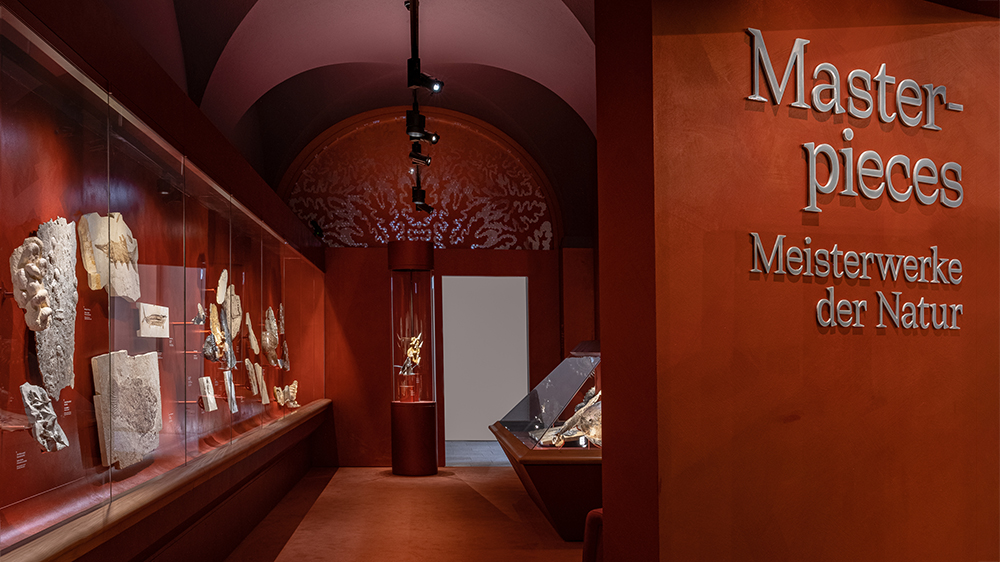 Unlike traditional paleontological exhibitions, the exhibits are not assorted by age or type, but are presented as works of art. (Image: © Steff Naegeli Fotografien)

Walls of burnished red, a sumptuous carpet underfoot, the glass display cabinets glinting in the muted light: A fittingly opulent setting for the Zoological and Paleontological Museum’s latest precious trove of objects. The exhibits form a very special kind of retrospective: On display are 50 particularly impressive fossils – masterpieces created by the great artist Mother Nature in her subterranean workshop sometime in the last 550 million years.

A refuge for lovers of art and nature

The room displaying these natural masterpieces is tucked away at the rear of the museum’s ground floor, with a design that clearly distinguishes it from the other parts of the museum. The cloistered space allows visitors to immerse themselves in the ancient aesthetic of the fossil art. Some of the prehistoric relics resemble bronze or marble sculptures, while others could be mosaics, frescoes or calligraphic ink drawings painted on stone. In the words of Plato: “The greatest and most beautiful things are the work of nature and chance.”

Unlike traditional paleontological exhibitions, the exhibits are not assorted by age or type, but are presented as works of art which inspire the kinds of fantasy and aesthetic enjoyment that one would usually expect to find in an art gallery.

Remnants of a long forgotten era

“Fossils exert a special kind of fascination for us humans,” says exhibition curator Dennis Hansen, who led the design and implementation of the new display space. “These astonishing forms were all once living organisms. Their transformation came about thanks to the chance combination of unusual conditions. As tangible remnants of a long-forgotten era, they force us to reflect on our own modest place in this world.”

Although it is rare these days for scientific institutions to emphasize the aesthetic attributes of fossils, the approach is not new. In the 16th and 17th century, collectors exhibited fine paintings, elaborate ironwork and ethnographic artifacts alongside exotic plants, stuffed animals, crystals, gemstones and unusual rocks. The first museum in Zurich did the same: The art gallery of the civic library in the Wasserkirche. 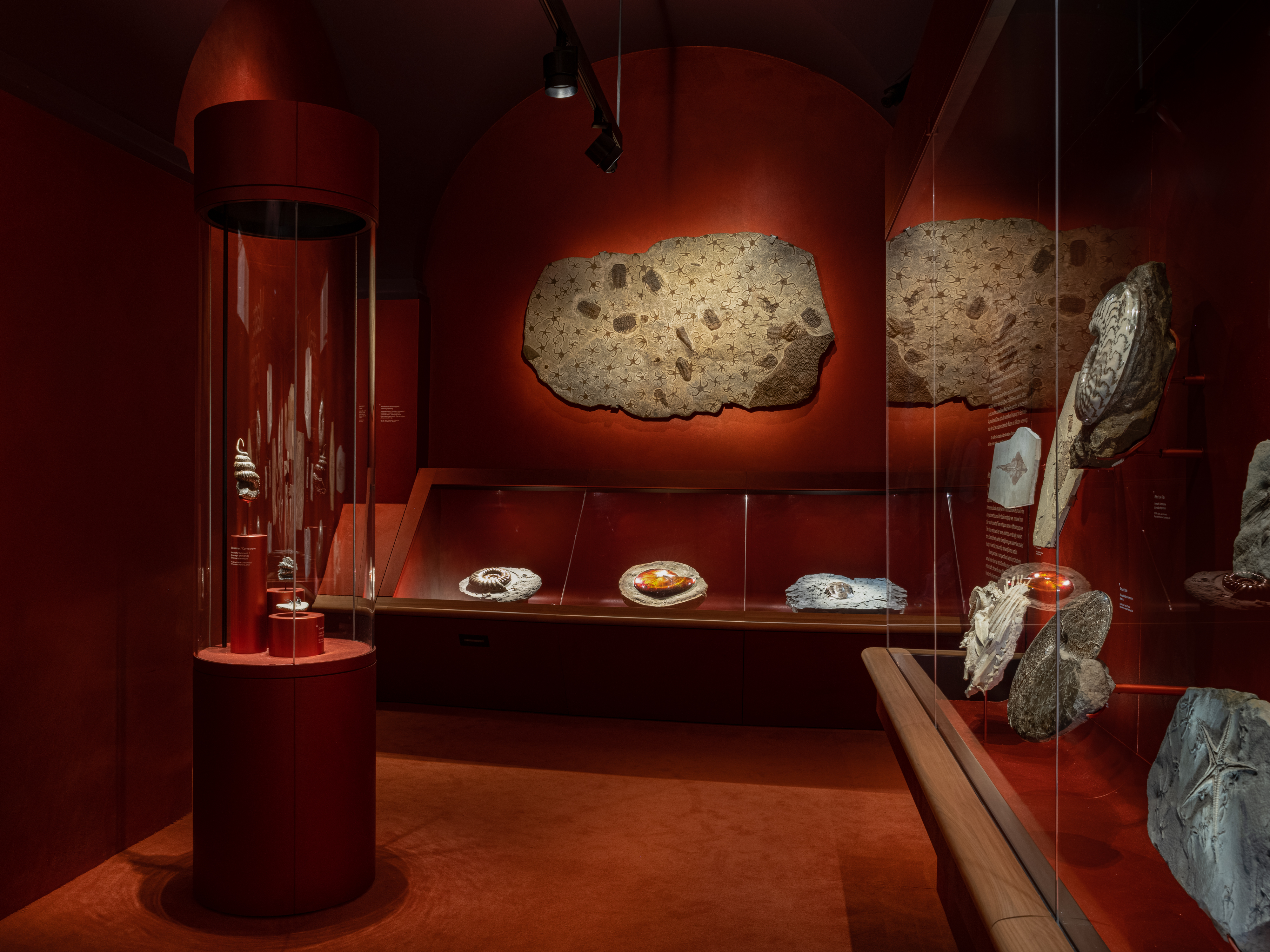 The exhibits in the new 'Schatzkammer' are a long-term loan from the Aathal Dinosaur Museum. (© Steff Naegeli Fotografien)

An exhibition of the Zoological and Paleontological Museum of the University of Zurich
Karl-Schmid-Strasse 4, 8006 Zurich
Tue-Sun, 10:00am – 5:00pm, free admission
www.zm.uzh.ch

A catalogue with photographs and detailed descriptions of the individual fossils is available in German and English providing in-depth information and creative perspectives.