(jpg, 6.24 MB) An African wild dog crosses a small channel in the Okavango Delta in Botswana. Swamps, rivers and lakes, on the other hand, are usually hardly surmountable obstacles. (Image: Dominik Behr)

(jpg, 1.32 MB) An African wild dog crosses a small canal in northern Botswana's Okavango Delta. Although the dog depicted here is able to cross the river with ease, the same does not hold true for larger swamps, rivers and lakes that prove to be nearly insurmountable obstacles for the species. (Image: Arpat Ozgul/UZH) 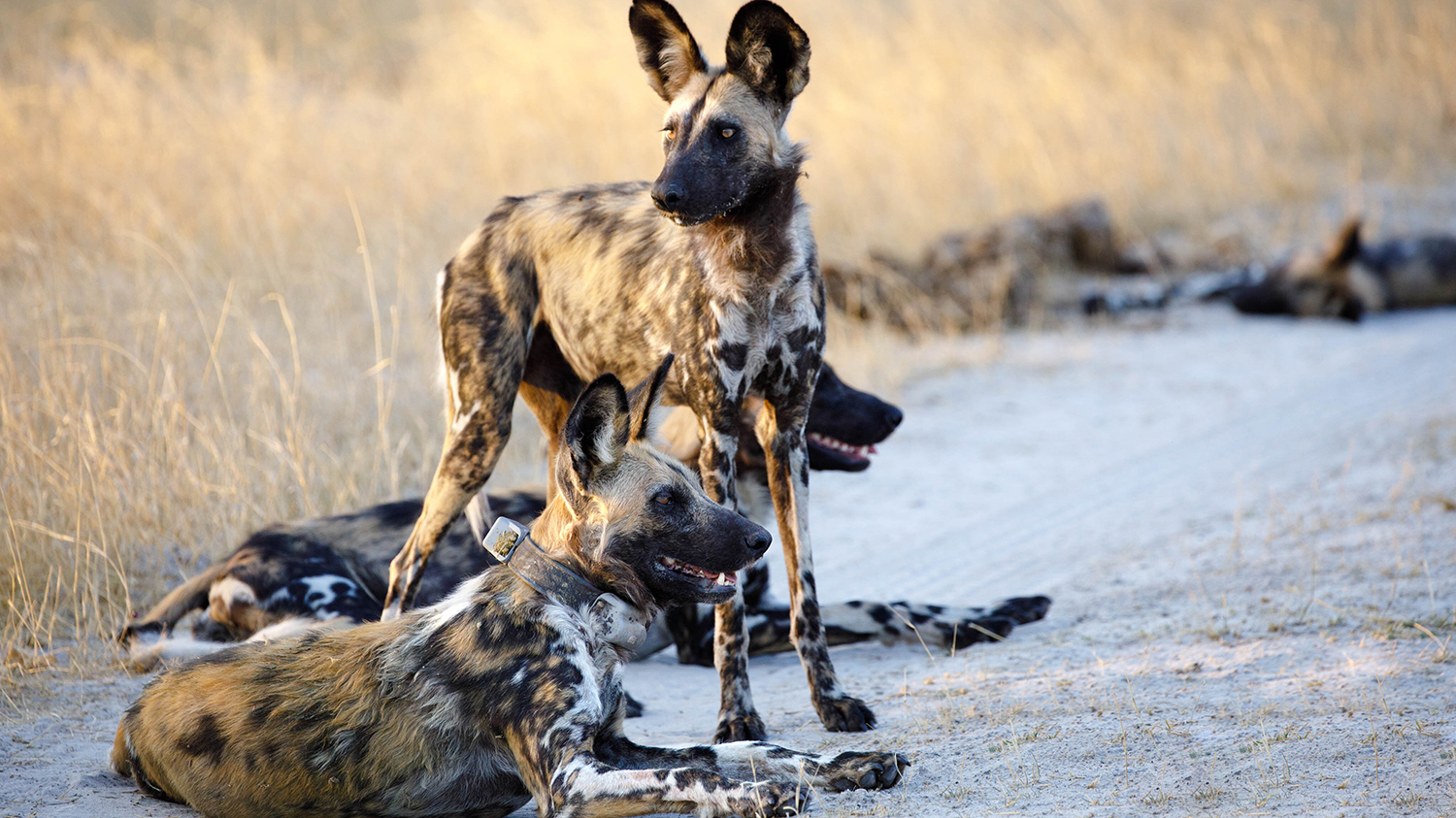 Dispersal is an important process governing the persistence of wild animal populations. Upon reaching sexual maturity, individuals usually disperse from their natal home range to search for suitable habitat and mates for reproduction. As such, dispersal promotes gene flow among populations, allows rescuing small and isolated populations, and enables the colonization of unoccupied habitats. In human-dominated landscapes, however, dispersing animals find it increasingly difficult to cross densely populated areas that separate suitable habitats. For this reason, the identification and preservation of wildlife corridors has become of utmost importance for conservation authorities worldwide.

In southern Africa, the governments of Angola, Botswana, Namibia, Zambia and Zimbabwe have agreed to preserve an unprecedented network of wildlife corridors, connecting up to 35 already-existing national parks, game reserves and other protected areas. The Kavango-Zambezi Conservation Area (KAZA) spans roughly 520,000 square kilometers, making it the world’s largest terrestrial conservation area. But do the boundaries of the KAZA match the dispersal behavior of the species it seeks to protect? Researchers at the University of Zurich sought to answer this question by studying the African wild dog (Lycaon pictus), the most endangered and most mobile species in the KAZA.

African wild dogs currently number around 6,000 free-ranging individuals across a few remaining populations in southern and eastern Africa. Wild dogs live in packs of up to 30 individuals that are led by one dominant couple. After reaching sexual maturity, wild dogs disperse in an attempt to find potential mates and suitable territory to settle. Similar to wolves, wild dogs can cover hundreds of kilometers during this journey.

“We wanted to find out how and where dispersing wild dogs move and investigate whether the different populations within the Kavango-Zambezi Conservation Area are able to connect with each other,” says David Hofmann, first author of the study and PhD student at the Department of Evolutionary Biology and Environmental Studies. For this purpose, the UZH research team put GPS collars on several wild dogs and used the tracking data to find out which habitats dispersers prefer to cross and ultimately to predict which areas contain suitable wildlife corridors. 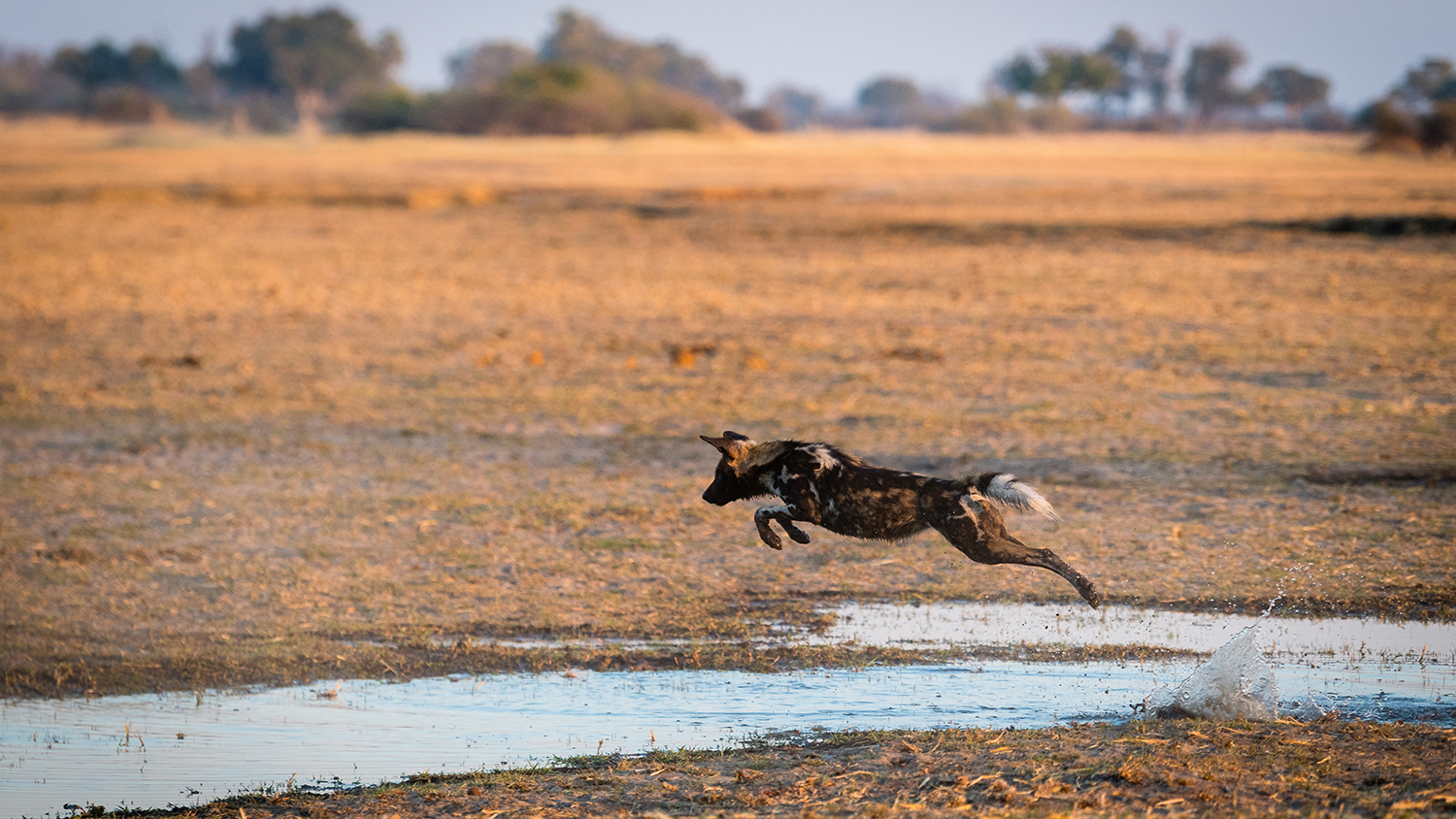 The results suggest that most of the identified wildlife corridors are located within the KAZA, with northern Botswana appearing to act as a central hub for dispersing individuals. Another important corridor connects national parks in Angola and Zambia. “While the corridor still runs through areas that are largely unprotected, the KAZA initiative does intend to place these zones under protection,” says Hofmann. “There’s still potential for expansion though as several suitable dispersal routes remain currently uncovered by the KAZA.”

Not all areas are equally suitable for establishing wildlife corridors. In some countries, dispersers encounter little obstacles during dispersal, whereas in countries such as Zambia and Zimbabwe, high population densities and associated activities hinder animal movements. The researchers have thus urged that these country-specific differences have to be taken into consideration when implementing the KAZA initiative.

The statistical methods and movement data employed in this study will not only be of use to decision-makers involved with the KAZA initiative, but can also be used to create new protected areas or to modify existing zones. The researchers’ findings emphasize that the Kavango-Zambezi Transfrontier Conservation Area largely meets the needs of dispersing African wild dogs, thereby making an important contribution to conserving this endangered species in southern Africa. “Ultimately, expanding the network of wildlife corridors doesn’t just help African wild dogs. Other species that live in the same ecosystem such as lions, elephants and cheetahs are also likely to benefit,” says Hofmann. 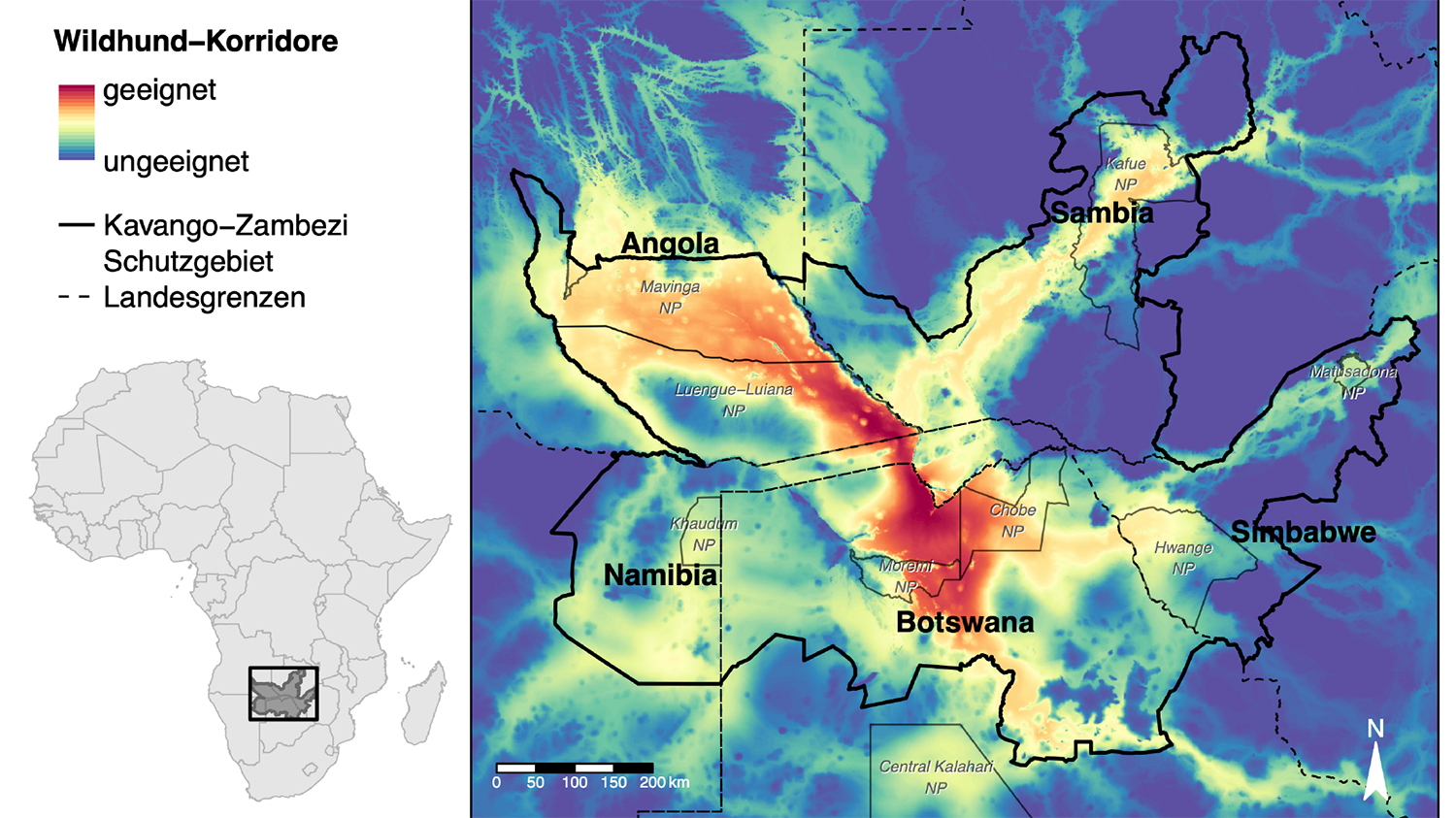 About the KAZA initiative

Southern Africa is home to the world’s largest terrestrial conservation initiative: the Kavango-Zambezi Transfrontier Conservation Area (KAZA). Stretching across Angola, Botswana, Namibia, Zambia and Zimbabwe, the KAZA covers an area of around 520,000 square kilometers, making it larger than Germany, Austria and Switzerland combined. This unprecedented initiative seeks to connect a total of 35 already-existing national parks, game reserves and other protected to preserve a dense network of wildlife corridors for populations of endangered species. The KAZA will be formally established based on an international treaty between the participating African countries.