Department of Surgery and Transplantation 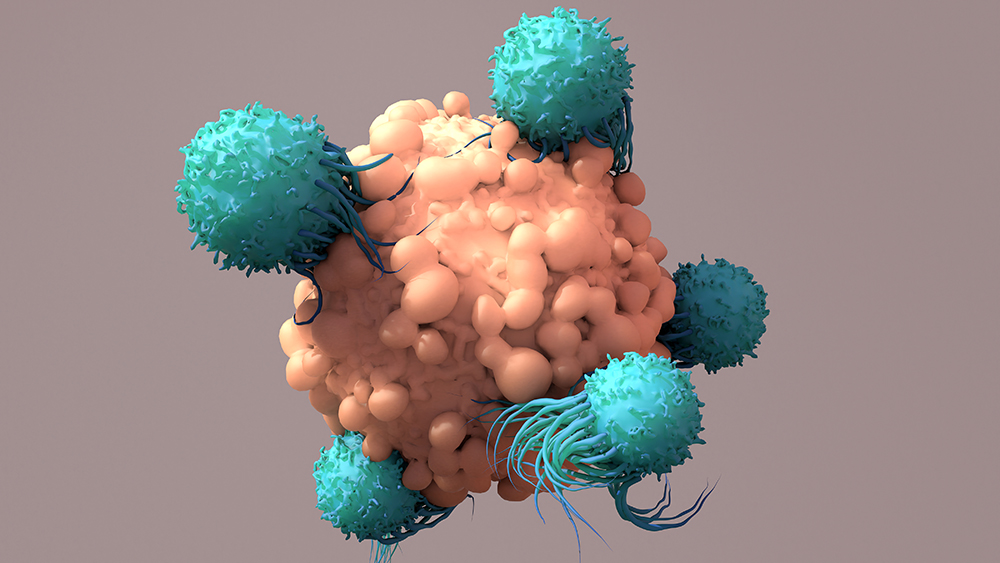 SSRIs and other serotonin blockers cause immune cells to recognize tumor cells again and eliminate them efficiently. (Bild: istock.com/Design Cells)

Serotonin is a neurotransmitter that is also known as the happiness hormone because of its beneficial effects on mood. In depressed people, the concentration of serotonin in the brain is reduced. The hormone also influences many other functions throughout the body. The majority of the serotonin is not located in the brain, but is stored in the blood platelets. Serotonin reuptake inhibitors (SSRIs), which are used to treat depression, increase serotonin levels in the brain but decrease peripheral serotonin in platelets.

The involvement of serotonin in carcinogenesis was already known. Until now, however, the underlying mechanisms had remained obscure. Now, researchers at the University of Zurich (UZH) and University Hospital Zurich (USZ) have shown that SSRIs or other drugs that lower peripheral serotonin levels can also slow cancer growth in mice. “Drugs that are already approved for clinical use as antidepressants could help improve treatment of hitherto incurable pancreatic and colorectal cancers,” says Pierre-Alain Clavien, director of the Department of Surgery and Transplantation.

Although new, effective treatments – such as targeted antibodies or immunotherapies – have been available for several years, most patients with advanced-stage abdominal tumors such as colon or pancreatic cancer die within a few years of diagnosis. One problem is that the tumor cells become resistant to the drugs over time and are no longer recognized by the immune system. Now, the research group led by Pierre-Alain Clavien and Anurag Gupta has discovered the role serotonin plays in this tumor cell resistance mechanism.

Without serotonin, the immune system recognizes the cancer cells again

Cancer cells use serotonin to boost the production of a molecule that is immunoinhibitory, known as PD-L1. This molecule binds to killer T cells, a specific type of immune cell that recognizes and eliminates tumor cells, and renders them dysfunctional. The cancer cells thus avoid being destroyed by the immune system. In experiments with mice, the researchers were able to show that SSRIs or peripheral serotonin synthesis inhibitors prevent this mechanism. “This class of antidepressants and other serotonin blockers cause immune cells to recognize and efficiently eliminate tumor cells again. This slowed the growth of colon and pancreatic cancers in the mice,” Clavien says.

PD-L1, via which serotonin exerts its effect, is also the target of modern immunotherapies, also called immune checkpoint inhibitors. In a next step, the researchers tested a dual treatment approach in mice: They combined immunotherapy, which increases the activity of killer T cells, with drugs that reduce peripheral serotonin. The results were impressive: Cancer growth was suppressed in the animal models in the long term, and in some mice the tumors disappeared completely.

“Our results provide hope for cancer patients, as the drugs used are already approved for clinical use. Testing such drug combinations on cancer patients in clinical trials can be fast-forwarded due to the known safety and efficacy of the drugs,” says Pierre-Alain Clavien.