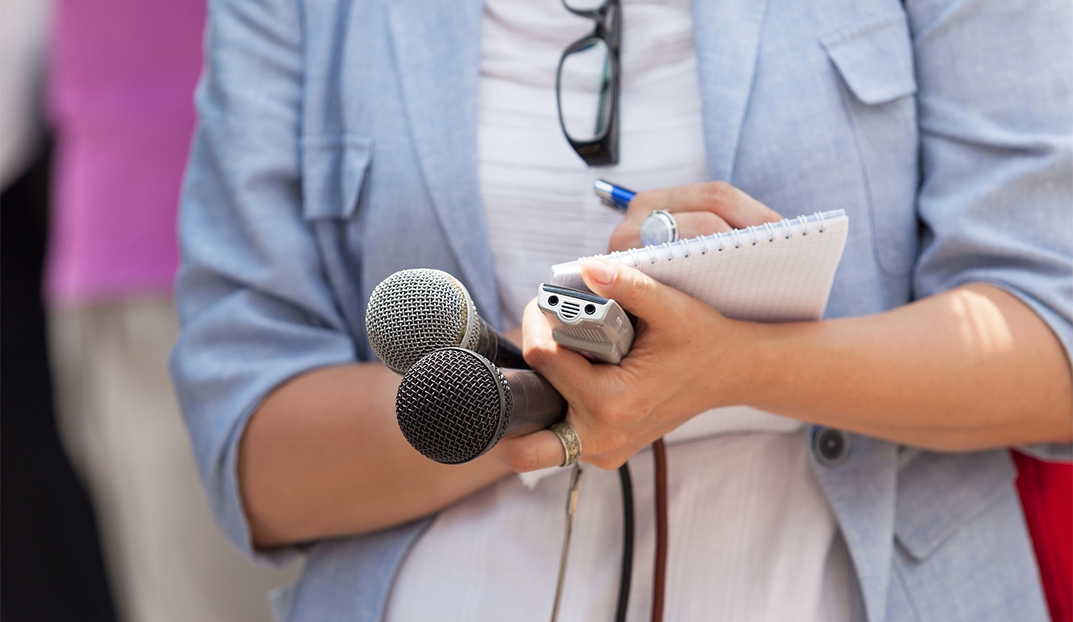 The results of the yearbook show that professional media have once again gained in importance as a result of the pandemic. (Image: istock.com/wellphoto)

The coronavirus pandemic has made the Swiss public firmly aware of the issue of disinformation, i.e., the deliberate dissemination of false news. This is one result from a representative survey of the Swiss population conducted by the Research Center for the Public Sphere and Society (fög) at the end of 2020. Almost half of those surveyed (49%) thought disinformation was a “big” or “very big” problem, particularly when it comes to tackling societal crises. Nearly one in four admitted they had “often” or “very often” encountered false news. The main sources of disinformation cited by the study participants were social media (62%), alternative media (39%), video platforms (36%) or messenger apps (28%). Professional news media such as news websites (20%) or television (13%) were also cited as sources of disinformation, albeit less often. Moreover, people use information from journalistic sources (61%) and from the government and public authorities (68%) to check the content of potentially “fake news”.

More contextualization by the media

In the second wave of the pandemic, the topic of coronavirus continued to receive much media attention – but less so than during the first wave (see 2020 study), despite rising numbers of coronavirus cases. The virus was explicitly presented as a threat less often in the second wave than in the first wave (6% compared to 16%). “Empirically, we cannot say that the media whipped up panic, as they were often accused of,” says media expert and director of the fög, Mark Eisenegger. The proportion of media reports that took a very positive stance toward the authorities remained low (0.3%). The data therefore does not support accusations that the media acted as uncritical mouthpieces of the government. On another positive note, numbers and statistics were more often contextualized in the second than in the first wave (21% compared to 12%).

The diversity of expert views in the media remained very limited in the second wave, as in the first. Voices from medicine, virology and epidemiology continued to dominate, even though almost all parts of society were affected by the pandemic. Female scientists were more visible (21% vs. 12% in the first wave) but continued to be significantly less represented than their male colleagues.

This underrepresentation of women is not limited to pandemic reporting, as an earlier fög study on the representation of women in Swiss media found. Lack of diversity was also seen in media coverage about the referendum of 7 March 2021 on the ban on face coverings. The Muslim minority directly affected by the “burqa initiative” had little exposure on Twitter (13%) and in the media (11%). Thus, rather than seeing Muslim people themselves talk and present their viewpoints, Muslims were more often talked about in general terms.

Overall, media quality remained stable. Changes were seen in a few areas, however. There were more reports about politics (37%, +5 percentage points on the previous year) and less soft news such as sport (10%, -1.5) and human interest (30%, -1.3). The number of background reports setting numbers in context did not decrease for the first time in six years. Media types such as public broadcasting or subscription news sites continued to exhibit higher quality. But commuter and tabloid media online were also able to improve their quality in light of the circumstances and increased interest in politics. In German-speaking Switzerland, media content became even more concentrated than before, i.e., there were more identical reports across different media outlets. This concentration was seen in almost all subject areas in 2020, but particularly in cultural reporting.

High acceptance of media subsidies from an international perspective

The coronavirus pandemic negatively impacted the economic outlook for the media industry even further. For the first time since 2014, revenues from online advertising fell. Although willingness to pay for online news rose slightly (17%, +4), it is not enough to provide a sustainable source of income for journalism. Swiss people are not in principle opposed to public subsidies for private media outlets. 37% of those surveyed believed that the state should support private media if they get into difficulties; 37% were opposed, 26% undecided. Compared to other countries, acceptance for direct media subsidies is strikingly high in Switzerland.

The findings in the yearbook show that, in the course of the pandemic, professional news media have become even more important. News media provide orientation, supply people with reliable information, and are in a position to check and contradict false news. In order to fulfill its democratic function, good journalism requires resources. “It is becoming ever clearer that high-quality journalism can only be funded by direct subsidies,” believes Eisenegger. In particular, such support should also be aimed at smaller media companies and start-ups to ensure a diverse range of voices and information reaches the public.

The 2021 Yearbook, the main findings and in-depth studies are available as PDF downloads at www.foeg.uzh.ch.