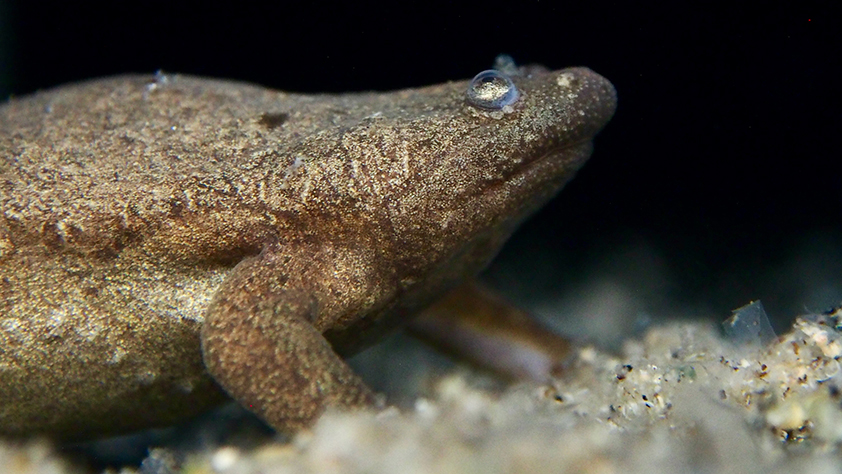 Frogs’ anatomy and organ function are strikingly similar to those of humans. An international team led by Soeren Lienkamp, professor at the Institute of Anatomy at UZH, has now exploited this similarity by using a tiny tropical frog called "Xenopus tropicalis" to model human genetic diseases. The researchers focused on polycystic kidney disease, a congenital and currently incurable form of progressive kidney deterioration, and replicated it in frogs.

Using CRISPR/Cas9, a methodology for turning off gene function, the scientists targeted genes known to play a role in cystic kidney disease. “Our novel frog models develop cysts in the kidneys within only a few days, allowing us to observe these disease processes in real time for the first time,” says lead author Thomas Naert. While most genetic studies are performed on mice, frogs have features that make them well-suited for larger scale studies. “One frog couple can produce hundreds or even thousands of eggs,” says Naert. “That’s why you see such large numbers of tadpoles in the Swiss lakes in springtime.” Similarly, in the lab large numbers of Xenopus tropicalis tadpoles can be manipulated to develop cystic kidney diseases.

To analyze the data from such a large number of animals, the team employed a technique called light-sheet microscopy, which produced a 3D reconstruction of the entire tadpole and all its organs. Much like magnetic resonance imaging, light-sheet techniques make it possible to see through tissues in tadpoles to find disease-affected organs. The collected data was then processed using artificial intelligence to allow rapid, automated assessment of disease. “While it would normally take my team several days or even weeks to analyze data from hundreds of tadpoles, artificial intelligence can now do this task in a matter of hours,” says Lienkamp.

The findings from frog models analyzed in this way provide new insights into the early processes of polycystic kidney disease. These insights will form the basis for developing new treatment approaches for affected patients.