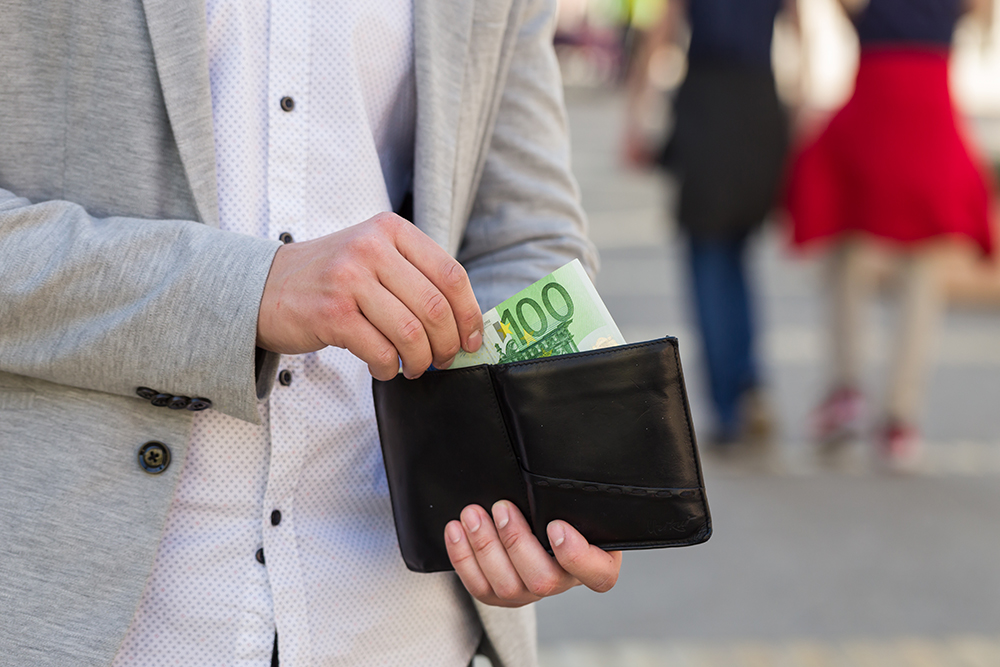 People are already willing to financially harm several people for a profit of 100 euros. (Image: istock.com/dobok)

In recent years, the general public has steadily lost confidence in financial institutions, economic authorities, and in particular in corporate managers. People believe that key economic actors will do anything for profits, including harming large groups of fellow human beings.

And yet, modern behavioural economics and psychology tell a completely different story: Laboratory data has shown that people willingly share monetary gains with others, dislike inequality, and are very often generous. Recent evidence shows that dishonesty levels as measured in certain laboratory tasks are surprisingly low. The message is that people are prosocial and, if given opportunity, cheat just a little.

Opportunity to rob half of the gains from others

How can both observations be true at the same time? Are high-level economic actors simply different? To find out, Carlos Alós-Ferrer, NOMIS professor of decision and neuroeconomic theory at the University of Zurich and his team designed the Big Robber Game, an experimental setting with 640 participants in a standard student sample. Students were placed in groups of 32, where all subjects were engaged in some remunerated activity and earned the same amount of money. Half of the participants, the robbers, were given the opportunity to anonymously steal half the earnings of the other 16 members of their group (and one of the 16 robber’s decisions was actually implemented), which corresponded to about 100 euros. But they could also steal less, say one-third, or one-tenth or nothing at all. So, what did they do?

More than half of all robbers went to the extreme and took the maximum possible, which was half of the earnings of all others. Over 80 percent took one-third or more, and almost nobody declined to rob. The students revealed an overwhelming willingness to inflict significant monetary harm to a large group of others. Furthermore, the decision to take the maximum was taken on average more quickly than the decision to refrain from it, revealing a weaker moral struggle in the former case.

However, the very same study participants displayed predominantly prosocial behaviour in standard bilateral games. When asked how they wanted to split 10 euros with just one other participant, they voluntarily transferred some money, even when the other person was powerless to retaliate if no money came their way. In general, their actions revealed that they disliked inequality. “Thus, the very same people displayed selfishness in the large high-impact decisions affecting a large group and generosity in the small bilateral, low-stakes interactions,” Alós-Ferrer resumes. “This behavior arose spontaneously within our student population, with no significant differences due to gender or field of studies. Therefore, there is no need for arguments about high-level economic actors being different. The roots of corporate scandals seem to be in all of us.”

The finding that people behave selfishly toward a large group while being generous toward individuals suggests that harming many individuals might be easier than harming just one, in line with existing evidence that people are more willing to help one individual rather than many. According to the authors, the study also reflects the tradeoff between personal gain and other-regarding concerns: When facing an individual in a bilateral game, appropriating a given monetary amount can result in a large interpersonal difference. When appropriating income from a large group of people, the same personal gain involves a smaller percentual difference, and hence it is more likely to offset the inequality aversion. Alós-Ferrer: “In economically relevant situations, many human decision makers might be willing to inflict significant harm on a relatively large number of people for personal gain, as long as that gain is of sufficient magnitude. Even more strikingly, in Western societies, 100 euros might already be enough.”