Ethnographic Museum
of the University of Zurich

The new exhibition in the Ethnographic Museum of the University of Zurich showcases selected ritual fabrics from southern Sumatra. The intriguing motifs include ships floating between the sea and the heavens, featuring ancestral beings, auspicious animal figures and powerful patterns. The ship cloths and their bold patterns were made with red, blue and yellow threads, which were intricately woven into cotton fabric using a sophisticated technique.

The cloths were used in important life cycle ceremonies and rituals, either hung up on the walls or used to cover up sacrificial offerings or gifts. As a result of social, religious and economic changes, the cloths stopped being produced about 100 years ago and are rarely used anymore. Thus many questions about their original use and significance are unclear – adding an air of intrigue to the textile artworks.

A piece of the museum’s history

The ship cloths are more than just interesting anthropological artifacts – they also represent a piece of the Ethnographic Museum’s history: Alfred Steinmann, one of the museum’s former directors, was one of the first researchers to study these textiles in depth and to try to interpret them. He examined the ship motif from a cultural and historical perspective, from the Bronze Age right up to the 1960s. “He interpreted the elaborately patterned ship cloths as depictions of the passage of dead souls into a land of ancestors,” explains Paola von Wyss-Giacosa, the exhibition’s curator. Although later researchers added other layers of interpretation to Steinmann’s, to this day his contribution remains essential for understanding these textiles. “His research and his habilitation thesis in particular played a crucial role in shaping the Ethnographic Museum’s collection,” says Paola von Wyss-Giacosa.

In addition to the ship cloths, the exhibition also presents further elaborately manufactured objects that help shed light on Steinmann’s reasoning and interpretation. “We handpicked the exhibits to make the inspiration for these cultural objects palpable to visitors,” says co-curator Andreas Isler. His personal favorite is a 2,000-year-old fragment of a Bronze drum from the Dong Son culture, found on a far-off island in the southeast Maluku Islands. With an intricately designed ship featuring many bird-like figures on its rim, the drum is one of the objects that inspired Steinmann’s research. The same can be said of a painted wooden plank, on loan from the Bern Historical Museum. It shows passengers on their voyage to the afterlife, and provided Steinmann with further ideas for his interpretation. The “ship of the dead” was a key symbol for the sense of belonging of groups going through tumultuous times of transition together. 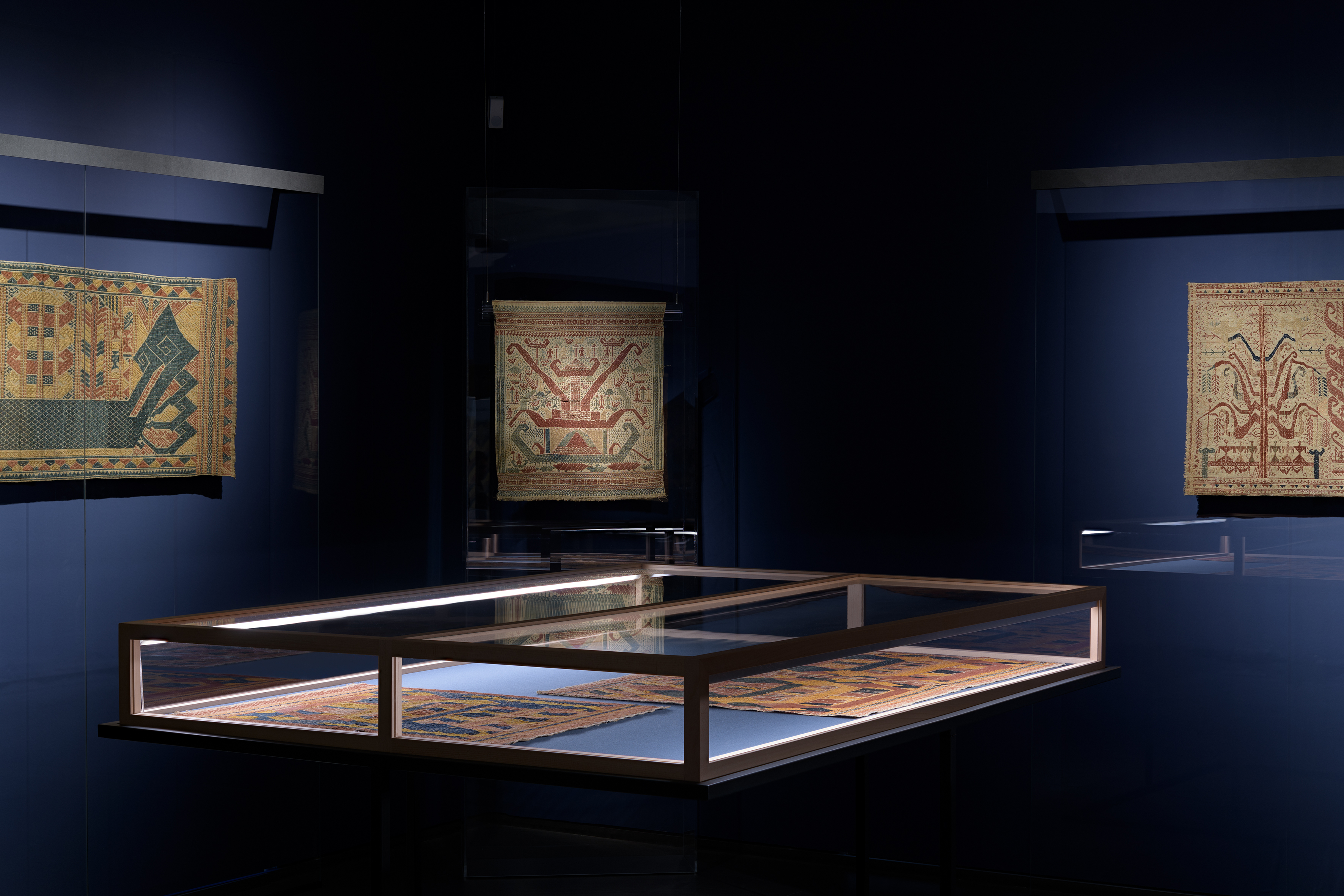 Various video podcasts are available from 11 April (in German): www.musethno.uzh.ch/Schiffe