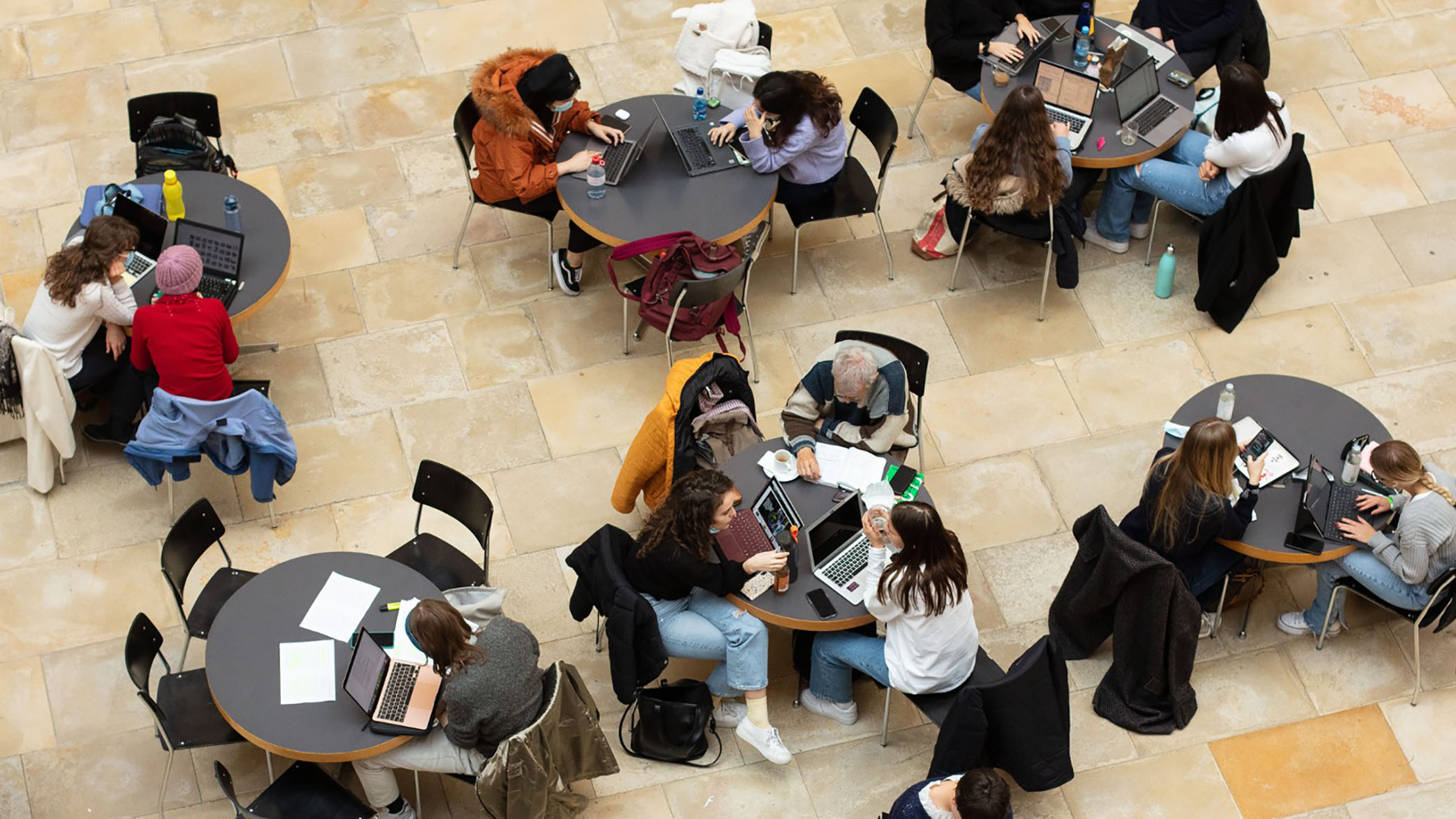 UZH does very well in preparing its students for the transition as highly qualified employees into professional life. (Image: Allink Zürich)

Each year, several thousand highly qualified men and women complete their studies at UZH and enter the job market. In 2021, they numbered 6,078. In the Canton of Zurich, UZH graduates make up 7.9% of the employed population between the ages of 25 and 55, and 1.5% in all of Switzerland. Their incomes correspond to 11% and 2.3% of total income earned in the canton and the country, respectively.

The success of UZH graduates on the job market is confirmed by a study conducted by UZH professors of economics Josef Zweimüller and Ulf Zölitz. According to their study, three quarters of graduates gain permanent employment in Switzerland within one year of completing their studies. Nine years later, this figure rises to 80%, with only 2% receiving unemployment benefits.

In 2015, regardless of their employment level, UZH graduates earned an average of around CHF 95,000 a year, which is 60% more than the average of Swiss employees. The top 1% of UZH graduates earned more than CHF 688,000 per year, while income of the top per mil even exceeded CHF 1.7 million annually. “These findings demonstrate that UZH does very well in preparing its students for the transition into professional life and is an important source of highly qualified employees for the Swiss economy,” said UZH President Michael Schaepman at the annual media conference.

While the income of male graduates increased steeply between the first and 10th year after graduation, the income curve of women started to level out after only four years. Within one year of graduation, the average pay gap between men and women was 20%, rising to almost 50% after a decade. Adjusted for subject and type of degree, the gender pay gap still remained at 25%, although this can be explained to a large extent by part-time employment, which is more widespread among women. The good news is that an income comparison of people born between 1960 and 1990 shows that the gender pay gap is getting smaller for more recent birth years, and that female UZH graduates are catching up to their male counterparts – slowly, but steadily.

One of the ways in which UZH supports the transition into professional life is through its Career Services team, which prepares students for the job market and connects them with potential employers. UZH also runs various programs that foster an innovative spirit and entrepreneurial mindset in students who want to take the leap into self-employment. As an institution of research, UZH places great value on its junior researchers. PhD candidates and postdocs can apply for various grants, including for salary contributions, stays abroad or academic networking.

UZH wants to improve the situation of junior researchers through a number of ongoing projects, for example by providing teaching and research assistants as well as PhD candidates with clear employment terms that set apart enough time for them to conduct research. UZH is also planning to establish an anonymous monitoring system that will make it possible to survey the job satisfaction of PhD candidates. In 2021, the University introduced a new mentoring award, which is presented annually to professors who do an excellent job of supporting and guiding junior researchers.

“We want to provide researchers who enjoy working in academia but aren’t necessarily pursuing a professorship with new career opportunities in between academia and university administration, for example in science or data management or in libraries,” says Elisabeth Stark, Vice President Research. In addition, more permanent positions that aren’t linked to any professorships are planned for non-professorial academic staff, with a focus on teaching or research. “This would enable us to reduce the burden on teaching staff and avoid a brain drain in research, while also creating long-term job prospects for advanced junior researchers,” says Stark.

Fact and figures: New female professors in the majority for the first time

While the percentage of female students has been above the 50% mark and climbing steadily since the turn of the century (2021: 58%), last year more women (51%) than men were appointed as professors at UZH for the first time ever. “The goal UZH set for itself in 2021 was to increase the appointment of female professors to at least 40% within the next 10 years,” says Stefan Schnyder, Vice President Finances and Human Resources. “The latest appointment figures show that we are following the right path.”

In the 2021 Fall Semester, 28,121 students were enrolled at UZH, which is 465 more than in the previous year (+1.7%). UZH has thus continued its many years of growth. The increase was particularly evident at Master’s level (+6.8%) and among business students (+6.4%) and law students (+5.6%). Around 5,600 of UZH’s students came from abroad, primarily from German-speaking countries as well as from China, Italy and the USA.